70 percent of Chinese did not know that ivory came from dead elephants.

For three years, the International Fund for Animal Welfare (IFAW) has been running advertizing campaigns in Chinese cities to raise awareness on the true source of ivory: slaughtered elephants. A recent evaluation of the campaign by Rapid Asia found that 66 percent of those who saw the ads said they would “definitely” not buy ivory in the future.

Conservationists in China say that one of the reasons ivory remains popular in the country is due to a public misconception about how ivory is obtained. According to previous polling by the IFAW, 70 percent of Chinese believed that elephants simply dropped their ivory tusks like human teeth, and did not know that elephants were slaughtered en masse for their entrenched tusks. IFAW’s three year campaign was meant to change this erroneous perception. 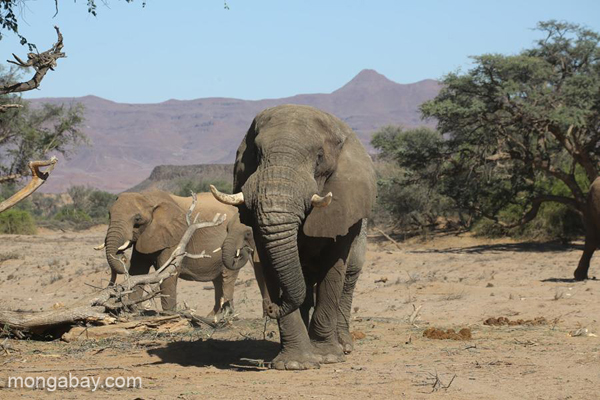 Savannah elephant in Namibia. Photo by: Rhett A. Butler.

Elephant poaching has skyrocketed in recent years. Experts now believe that around 30,000 elephants are likely slaughtered annually for their tusks. Forest elephants in Central Africa have been hit the hardest, but few populations worldwide are considered truly secure. While some governments have responded by adding wildlife rangers and increasing penalties for poaching, many experts say that tackling the demand side will be key if elephants are ever to roam again unmolested. China remains one of the largest destinations for illegal ivory, but demand in many other countries—including Thailand, the Philippines and the U.S.—is also fueling the trade.

According to the Rapid Asia report, IFAW’s advertisements in China, which have reached 75 percent of people in targeted cities, have had a significant impact. Comparing groups who had seen the ads to those who haven’t, the report finds that those exposed to the ads were less likely to buy ivory in the future: 92 percent of those who saw the ads said they would “definitely” or “probably” not buy ivory, compared to 82 percent of those who had not seen the ads. More importantly, the campaign appears to have cut in half people who are most likely to buy ivory (i.e those classified as “high risk” for purchasing ivory), down from 54 percent down to 26 percent.

“It’s very exciting to see that our campaign has definitely resonated with the Chinese public and achieved its intended outcome,” said Gabriel. “What’s more encouraging is to see Chinese people are not prejudiced against elephants. Once they know the bloody slaughter of elephants behind each piece of ivory, the majority not only rejects purchasing ivory but tells their friends and family to reject it as well.”

The report found that more educational campaigns would help reduce demand further, including emphasizing the massive-scale of the current elephant poaching crisis and that buying ivory stimulates the illegal trade.

“This highlights the need for continued campaigning to sway people to avoid buying ivory,” the report reads, adding “there is an opportunity to take the campaign to the next level.” 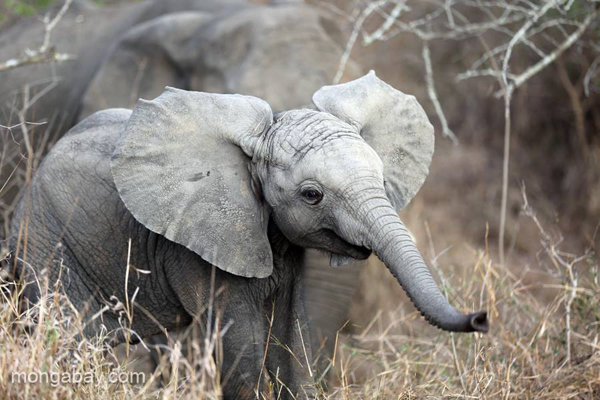 Baby elephant in South Africa. Photo by: Rhett A. Butler.