A regional forestry official in Peru has expressed surprise over the sudden appearance of a 1000-hectare oil palm plantation in the heart of the Amazon rainforest, reports La Region.

Notified of the new plantation, which according to remote sensing data was established between last December and this past May near Tamshiyacu, Peru, Abel Benitez Sanchez, Regional Program Director of Forest Management and Wildlife for the Department of Loreto, told the newspaper he hadn’t authorized the project nor granted a logging concession in the area. The regional attorney general is now opening an investigation into the development, which would have required a business plan, environmental impact assessment, and soil survey before proceeding. 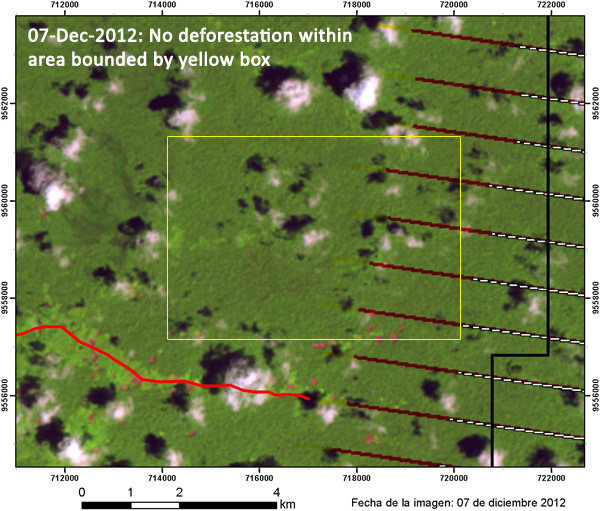 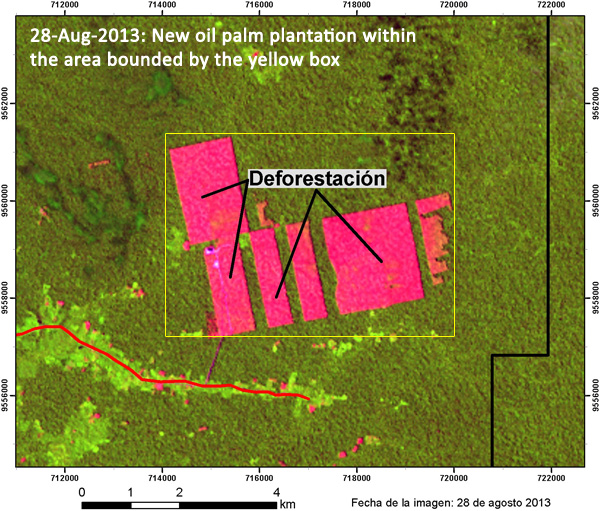 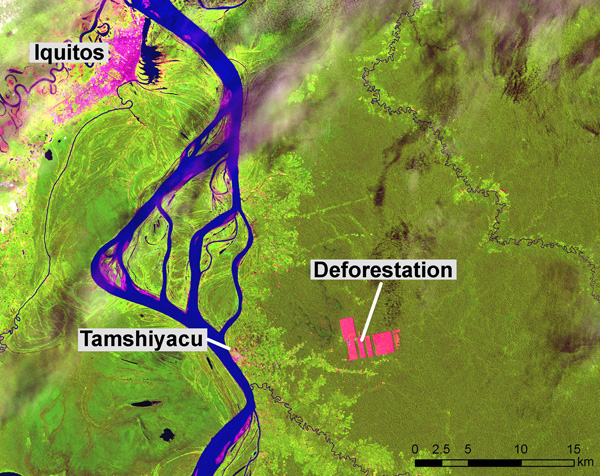 Satellite imagery provided to mongabay.com by Clinton Jenkins showing an area of forest 12 kilometers outside Tamshiyacu, Peru. The first image shows the state of the forest on December 7, 2012. The second images shows the new plantations on May 28, 2013. The third image provides context at landscape scale.

The revelation comes less than six months after a developer was caught leveling 7,000 hectares for an oil palm plantation. The developer initially denied clearing rainforest, but satellite data provided by scientists working in the area demonstrated the company was misleading the public.

“Those planning to raze the Amazon forest for industrial oil palm plantations should be on notice,” said Clinton Jenkins, a GIS-expert at North Carolina State University, at the time. “We can see everything they do from space, and so they will be exposed when they lie.”

While palm oil development in the Peruvian Amazon is currently low relative to other parts of the world, plantations have rapidly expanded in recent years, raising fears that it could become a major driver of deforestation in the region. A study published in the journal Environmental Research Letters in 2012 found that 72 percent of oil palm expansion in the Peruvian Amazon since 2000 has come at the expense of forest. The study concluded that expansion into forest areas was more common with industrial plantations, rather than low-yield plantations established by smallholders.