Primates of the World: An Illustrated Guide – book review

The illustrations are rich and individual. They bring out the characteristics of each species in a unique manner. Simply seen as art, the illustrations stand alone as remarkable. Adding in their curatorial and conservation value, these illustrations by François Desbordes accompanied by Jean-Jacques Petter’s authoritative text, ranks Primates of the World: An Illustrated Guide as one of the top illustrated and photographic guidebooks I have reviewed. Alongside The World’s Rarest Birds and The Unfeathered Bird, this book is simply remarkable.

This is a very powerful, comprehensive, up-to-date, and beautifully illustrated book. I will let the images speak for themselves. 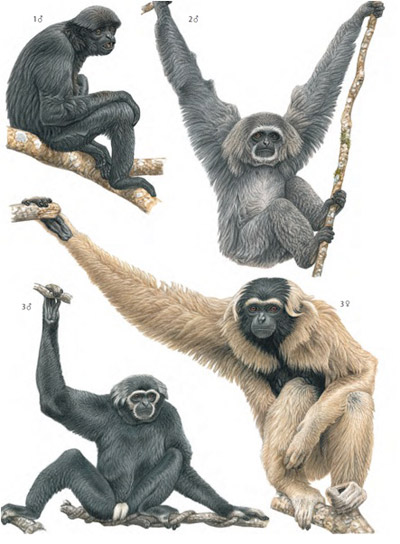 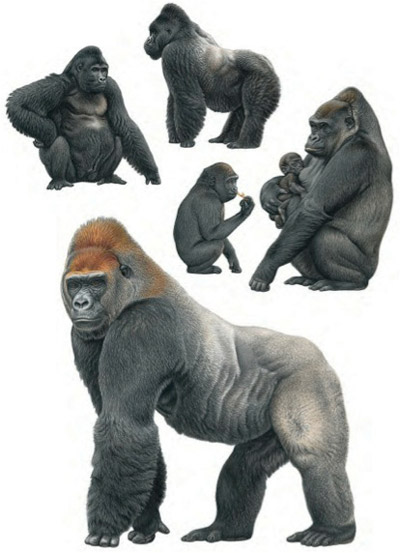 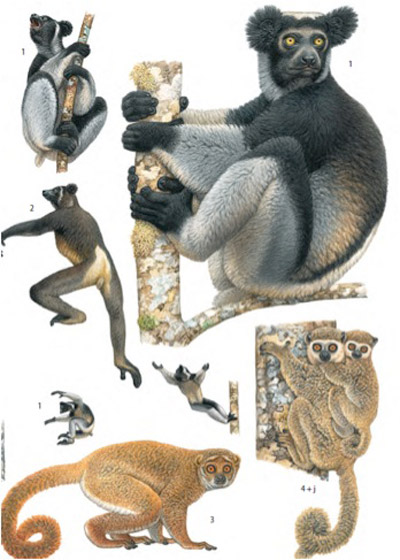 Please note: All images © Princeton University Press. No part of this book may be distributed, posted, or reproduced in any form by digital or mechanical means without prior written permission of the publisher.
How to order:

Paperback: Primates of the World: An Illustrated Guide

(09/12/2013) A recent study of forest in East Kalimantan, Borneo has found that orangutans travel on the ground far more often than expected. The study, published in the American Journal of Primatology, was carried out in Wehea Forest involving the use of 78 camera traps across 38 square kilometres of forest.

Safeguarding nine priority areas could protect all of Tanzania’s primates

(08/20/2013) Researchers at the Wildlife Conservation Society (WCS) have recently developed a list of “Priority Primate Areas” to save Tanzania’s many primate species from extinction. A hub of unique and endangered primates, Tanzania is widely considered to be the most important mainland country for primate diversity in Africa. Approximately a third of the 27 primate species found in Tanzania are unique to the country, including the recently discovered kipunji.