Malaysia will launch its own certification standard for palm oil produced by local firms by 2014, reports Reuters. The initiative aims to differentiate Malaysian palm oil from that produced in other countries, while offering a less stringent alternative to the Roundtable on Sustainable Palm Oil, the sector’s leading certification body.

“To move forward in the palm oil industry, we decided to have our own Malaysian standard,” Embas, a Malaysian official, was quoted as saying. “This will be the branding that we hope to make for Malaysian palm oil.”

“The RSPO is more of a burden to the industry. It has certain conditions that are too stringent, it is very costly, and they keep changing their goals. The premium that we get is also minimum.” 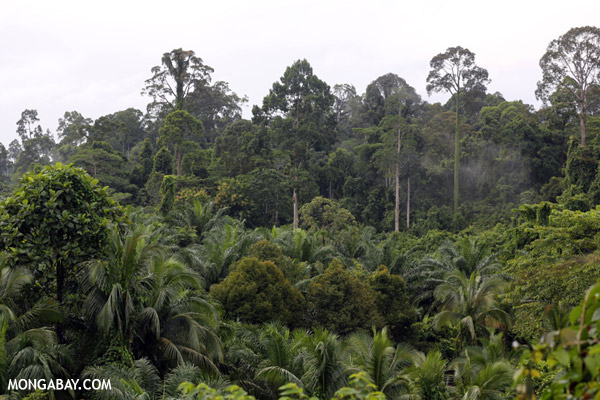 Embas said the program will start out as a voluntary initiative but would likely become compulsory over time. He added that the standard would help counter criticism about the environmental impact of palm oil.

Whether that proves to be the case is an open question. Vast areas of rainforest and peatlands in Malaysia have been destroyed for oil palm plantations, making the sector a top target for environmental campaigners. For example, the state of Sarawak is currently in the midst of a plan to convert a million hectares of forest — much of which is native customary rights land — to plantations.

Internationally, concerns about these practices tend to hang over the entire sector, including those companies that haven’t converted forests for plantations. How the standard will reconcile those issues remains to be seen.

Malaysia is the world’s second largest palm oil producer. Indonesia, the top producer, is also developing its own certification standard. The Indonesia Sustainable Palm Oil (ISPO) standard is based on compliance with environmental laws. 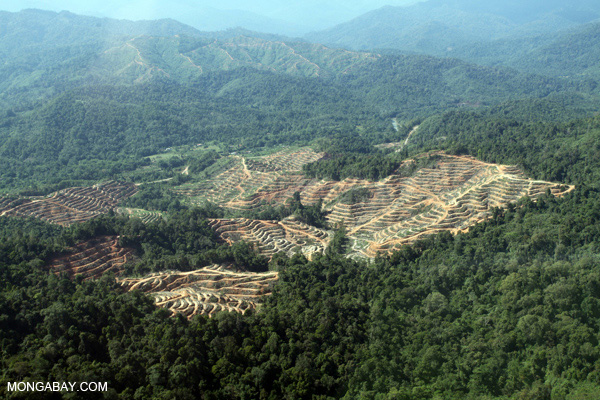 Oil palm plantation chopped out of the rainforest in Malaysia.