In July Bikam Permanent Forest Reserve in Malaysia’s Perak state was degazetted, allowing the forest to be clearcut for an oil palm plantation. Only after the forest was lost, did the Forest Research Institute Malaysia (FRIM) announce that it had contained the last stands of keruing paya (Dipterocarpus coriaceus) on the Malay peninsula, a large hardwood tree that’s classified as Critically Endangered on the IUCN Red List. The species is now reportedly extinct in Malaysia, although may still be found in Indonesia. However, the degazettement of the 400-hectare Bikam Forest Reserve wasn’t an abnormality, according to activists. Since 2009, over 9,000 hectares of Permanent Forest Reserves have been degazetted in northwestern state, wiping out not just trees, but undercutting protected mammals and birds while threatening watersheds.

After decades of deforestation going back to the 1970s, the state of Perak has been left with numerous small, isolated forest patches, many of which are protected as Permanent Forest Reserves. However, under Malaysian law, the head of each state has the power to degazette these reserves without legislative approval, consultation with experts, or even public notification. In this case, activists say that there has been an uptick in degazettements across Perak since Zambry Kadir was elected head of state in 2009.

Despite being small and isolated, these forests “are of high value,” Meor Razak Meor Abdul Rahman, a field officer with the NGO Sahabat Alam Malaysia (SAM), or Friends of the Earth-Malaysia, told mongabay.com.

“Endangered tree, plant, and animal species cling by a thread in these small, fragmented forest reserves. What remains of these Permanent Forest Reserves also tend to be what is of most immediate importance to humans: they serve as water catchment areas. Activists and researchers on the ground believe that it is these small, fragmented Permanent Forest Reserves that are especially under threat of being degazetted altogether—the case of Bikam Forest Reserve being the most recent.” 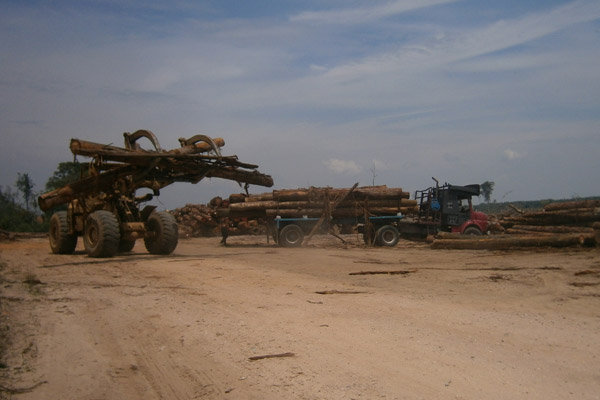 WWF-Malaysia says that if a High Conservation Value Forest (HCVF) assessment had been undertaken in Bikam, the forest would not have been cleared.

“WWF-Malaysia is currently engaging with the Forestry Department and forest managers in promoting and advocating for proper implementation of the HCVF concept…as an integral part of sustainable forest management practices in Malaysia,” a representative of the NGO told mongabay.com.

But even as 9,000 hectares of forest reserves have been degazetted since 2009, activists say more degazettements are in the pipeline. Rahman says that on the ground research “suggests” possible degazettement of eight additional forest reserves, including Parit Forest Reserve, home to the last stand of keruing padi (Dipterocarpus semivestitus) and to several species protected under Malaysian law, including the leopard (Panthera pardus), Malayan tapir (Tapirus indicus), siamangs (Hylobates syndactylus), and the great Argus pheasant (Argusianus argus).

Another standout forest reserve, Tnajung Hantu, also appears to be on the chopping block.

“This is a coastal hill forest which includes heath forest; this particular forest reserve has the richest Balau Laut (Shorea glauca) forest composition in Malaysia and it is a turtle landing area,” Rahman notes, adding that this reserve is further classified as a Virgin Jungle Reserve.

Activists also point to Chior Wildlife Reserve, which is potentially being degazetted despite the fact that its management should fall under the Wildlife Protection Act. 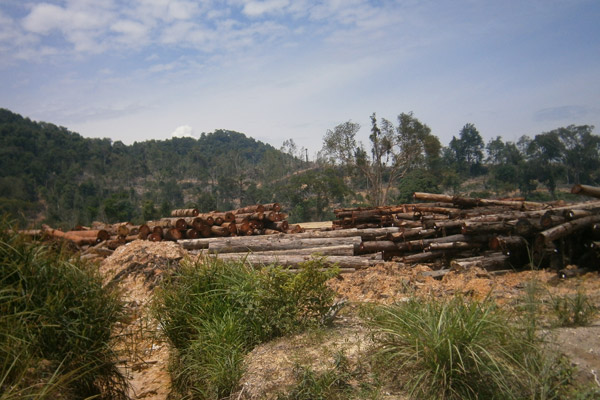 Logs from clearcut Bikam Forest Reserve, which will be turned into an oil palm plantation. Photo by: Meorrazak Meorabdulrahman.

“This procedural error suggests that the Perak State Executive Council treat the matter of degazetting Permanent Forest Reserves lightly and without too much care,” Rahman says.

Part of the issue is that the power to degazette in Perak lies ultimately with one person: the head of the state—in this case Kadir—whose office did not return request for comment.

“This means that the proposal to degazette a Permanent Forest Reserve doesn’t have to be put through a vote in the State Legislature, nor does it have to go through a process of public consultation,” explains Rahman. “The chief minister can choose to degazette a [reserve] unilaterally, opting to disregard advice from the State Forestry Department, environmental NGOs, and even going against rulings made by Federal Government. The decision is taken at State Executive Council meetings, and proceedings of these meetings are treated confidentially.”

Most Malaysian states—with a few exceptions—follow this same procedure. This essentially means that Malaysia’s Forestry Department is left with only an advisory role in decision-making, and is sometimes not even consulted before a degazettement is made. However, the federal government has attempted to mitigate degazettements to oil palm plantations—the fate of Bikam Forest Reserve—by decreeing in 2008 that all reserves should no longer be converted to oil palm. But the decree was non-binding and in the case of Bikam, Perak ignored the decree.

“This unilateral decision-making is what we saw happen in the degazetting of Bikam, where experts had warned Dr. Zambry Kadir beforehand that de-gazetting the forest reserve would result in the extinction of [the tree],” Rahman says, adding that, “This has led to the absurd situation where the Forestry Department itself is sometimes unaware that a particular [forest reserve] has been degazetted.”

WWF-Malaysia says that one of the best ways to improve the process would to bring the public to the table. 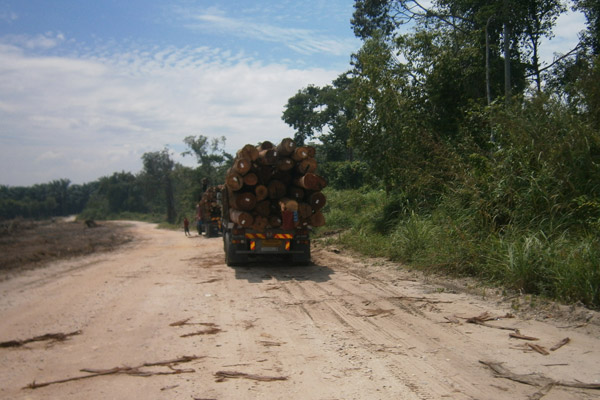 “Currently, when the public becomes aware of any degazettement, it is, in most cases, too late as the land has been alienated or forests have been cleared. In WWF-Malaysia’s opinion, public notification and consultation prior to degazettement of Permanent Forest Reserves is an important step that needs to be embedded in the degazettement process.”

The director of a transparency watchdog group, Transparency International-Malaysia, recommended in February that “any decision to award timber concessions or to de-gazette permanent forest reserves in any state should be made by a committee comprising representatives from all political and other interested parties.”

Part of the impetus to degazette a forest may be due to the fact that the state government receives a premium from logging concessions when they sell the land to a private company. In addition, the state receives taxes on all profits made by logging companies.

“It is worth noting, too, that the rate of deforestation sped up in the six months leading up to Malaysia’s general and state elections in May this year,” says Rahman.

Even as Perak has lost several protected forests to degazettement—and may be set to lose several more—one new major forest reserve has been established. In May, Perak set aside Amanjaya Forest Reserve, which covers 18,866 hectares for a wildlife corridor in the Belum-Temengor landscape. This new protected area was a big win for conservation groups. 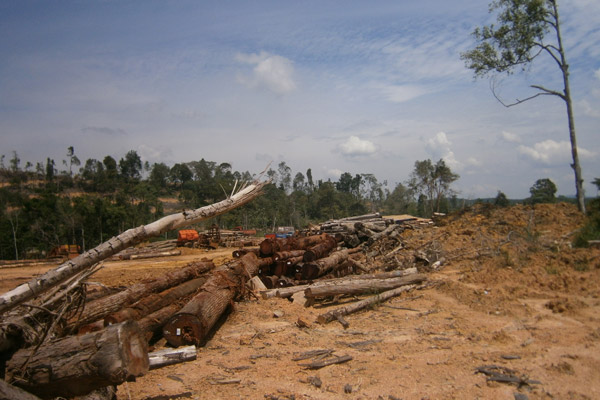 “We can definitely say that the gazettement of Amanjaya Forest Reserve will help in the conservation of large mammals, especially tigers,” WWF-Malaysia says.

However, as shown by the fate of Bikam Forest Reserve, Amanjaya may not be protected ‘permanently.’ If the next head of state sees fit, he or she will have the sole power to degazette Amanjaya Forest Reserve and move forward with logging and plantations. Under current law, there is nothing permanent about Malaysia’s Permanent Forest Reserves, which, according to activists, are easily dispensed with.

“Rather than write off these forested areas on account of their size, we ought to be viewing them as urgent calls to reforest the areas that immediately surround these pockets,” Rahman says.

It’s difficult to measure the full loss of these forests—however small in size—but certainly their destruction is at least leading to local extinctions, destroying watersheds, and leaving Malaysian species, both big and small, with fewer and fewer places to survive, ultimately undercutting populations of imperiled species like leopard and tapir. 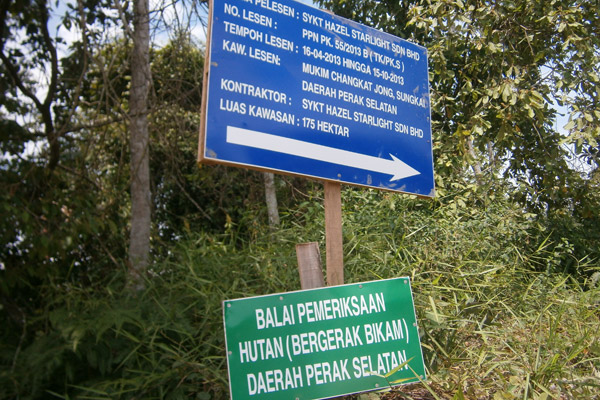 Sign on the bottom for Bikam Forest Reserve. Top sign relates to companies clearing the forest. Photo by: Meorrazak Meorabdulrahman.

(07/30/2013) Oil palm plantations have extinguished the last habitat of a rainforest tree in Malaysia. Last week the Forest Research Institute Malaysia (FRIM), a state agency, announced that the last stands of keruing paya (Dipterocarpus coriaceus) in Peninsular Malaysia were wiped out when Bikam forest reserve in Perak was cleared for oil palm plantations.

(09/12/2013) Environmental activists have launched a major campaign targeting 20 of the largest snack food companies that use palm oil in their products. The campaign, led by the Rainforest Action Network (RAN), says that food giants are failing to ensure the palm oil they source does not drive deforestation or worsen social conflict.

(09/10/2013) Nearly two-thirds of villagers surveyed across rainforests in Indonesian and Malaysian Borneo are against large-scale deforestation due to the adverse impacts on livelihoods and the environment, finds a comprehensive new study across 185 communities. The research, conducted over a one-year period by an international team of scientists, is published in this week’s issue of the journal PLOS ONE. The study found that people who live near forests place the greatest value on the benefits they afford, including medicinal plants, game, clean water, and fiber.

(09/06/2013) Malaysia will launch its own certification standard for palm oil produced by local firms by 2014, reports Reuters. The initiative aims to differentiate Malaysian palm oil from that produced in other countries, while offering a less stringent alternative to the Roundtable on Sustainable Palm Oil, the sector’s leading certification body.

(07/31/2013) Seven Malaysia-based NGO’s have banded together to form an alliance to provide a Malaysian civil society perspective on social and environmental issues related to palm oil production. The initiative aims to counter Malaysian industry claims that concerns over palm oil are purely driven by Western NGO’s.