As tropical forests worldwide are increasingly cut into smaller and smaller fragments, mammal extinctions may not be far behind, according to a new study in Science. Tracking native smalls mammals in Chiew Larn Reservoir, Thailand for over 25 years, scientists found a stunning and rapid decline in mammal populations, until most forests were almost completely emptied of native mammals.

“It was like ecological Armageddon,” says lead author Luke Gibson from the National University of Singapore. “Nobody imagined we’d see such catastrophic local extinctions.”

In the late 1980s a hydroelectric project flooded 162 square kilometers of tropical forest in Thailand, creating—literally—small forest islands of varying sizes, allowing scientists to track how quickly small mammals vanished from 16 differently-sized forests. In fragments covering less than ten hectares, native mammals vanished almost entirely within just five years. Mammals survived longer in larger fragments, but not by much: within 25 years, mammals were almost wholly lost in fragments between 10-56 hectares. The scientists found no similar decline on the mainland.

“There seemed to be two culprits,” co-author William Laurance of James Cook University in Australia says. “Native mammals suffered the harmful effects of population isolation, and they also had to deal with a devastating invader—the Malayan field rat.”

In fact after 25 years, the Malayan field rat (Rattus tiomanicus) was the only mammal left on most of the islands. The scientists write that “all islands were dominated by the invasive rodent and if not already in ecological meltdown, were well on their way to becoming Rattus monocultures.” The rat’s sudden rise is disconcerting for another reason: they are known to decimate bird populations. 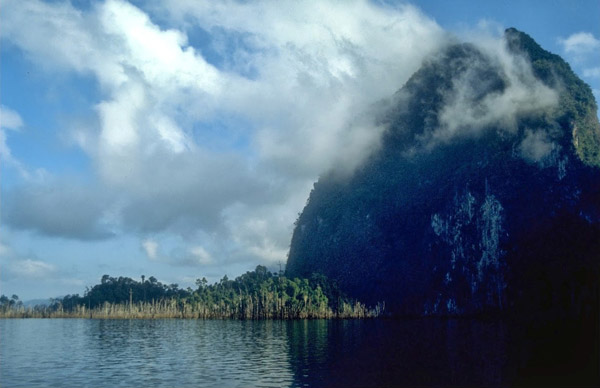 Forest islands in Chiew Larn Reservoir—such as the one in foreground of this photo—form a useful system to examine the ecological impacts of fragmentation. Surveys of these islands by Gibson and colleagues show that extinctions in forest fragments can occur much more rapidly than previously thought. Photo by: Anthony Lynam.

Although found in Thailand, the Malayan field rat is usually absent in undisturbed tropical forest habitats, but instead sticks to secondary forests and agricultural areas. The scientists theorize that the rat made it to the islands after the hydroelectric project was built.

The study has bleak ramifications for tropical biodiversity worldwide: it means that conservationists have little time to reconnect forest fragments before they start hemorrhaging mammals.

“It’s vital that we understand what happens to species in forest fragments,” says co-author Antony Lynam of the Wildlife Conservation Society. “The fate of much of the world’s biodiversity is going to depend on it.”

Forest fragments are multiplying in many parts of the world—and in some areas, such as the Atlantic Forest, represent the last stand of an entire ecosystem—as forests are increasingly felled for agriculture, monoculture plantations, roads, mines, and large development projects such as dams. Past studies have shown that biodiversity falls rapidly in forest fragments, but many of these have focused on birds and medium to large mammals. This new research shows that even small mammals have little time once a forest is fragmented.

“The bottom line is that we must conserve large, intact habitats for nature,” notes Gibson. “That’s the only way we can ensure biodiversity will survive.” 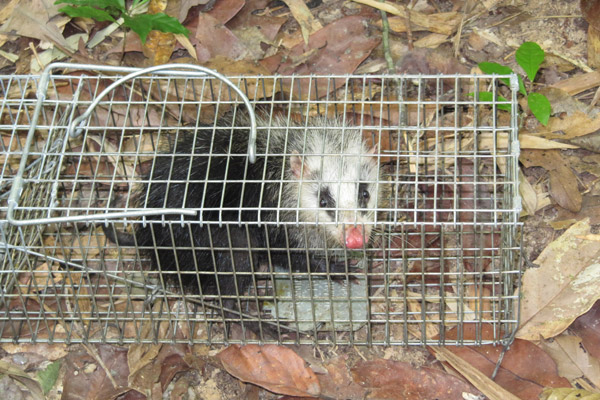 One native species observed on the reservoir archipelago was the moonrat (Echinosorex gymnura). However, the moonrat was one of only a handful of native small mammals the researchers found at their study site, where 25 to 26 years of fragmentation had taken its toll on species diversity. Photo by: Luke Gibson. 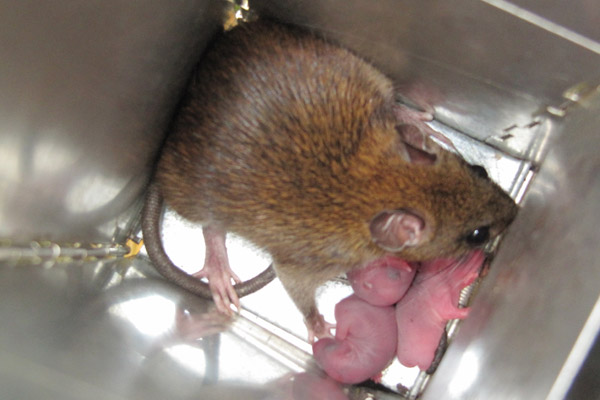 In contrast to native species, which are diminishing in number on the islands in the Chiew Larn
Reservoir, Gibson and colleagues found high densities of the Malayan field rat (Rattus
tiomanicus), a creature normally found in villages and agricultural areas. R. tiomanicus has
invaded forest islands and apparently displaced native small mammals. It is a good colonizer,
able to cross open stretches of water or other inhospitable habitat, and it also has rapid generation
times. Mothers of the species were even observed giving birth inside traps. These traits may
partly explain the animal’s success in Chiew Larn Reservoir. Photo by: Luke Gibson. 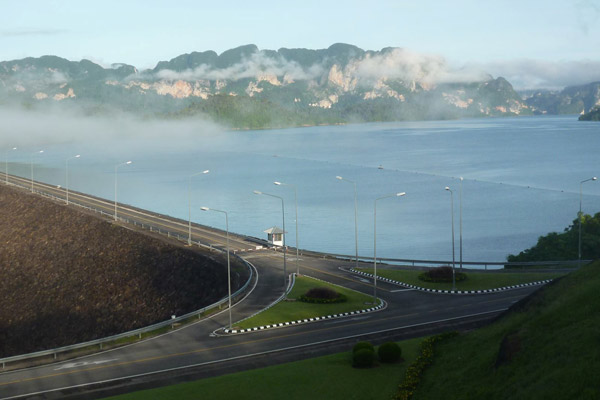 Rajjaprabha Dam provides the majority of electricity in Surat Thani and neighboring provinces
in southern Thailand, but at a cost: 165 square kilometers of rainforest—formerly habitat used by
tigers, Asian elephants, tapirs, gibbons and other fauna—are now under the waters of Chiew
Larn Reservoir. Photo by: Stuart Kirkland.