Scientists will call for a major push this week to reduce the amount of greenhouse gas emissions from agriculture through the use of a modified tropical grass.

Brachiaria grasses have been found to inhibit the release of nitrous oxide, which has a more powerful warming effect than carbon dioxide or methane, leading them to be called a super grass.

The authors of several new papers on this grass, which is already used in pastures across much of Latin America, say enhanced strains, wider usage and improved management will provide the most effective means of tackling climate change through agriculture, which accounts for about a third of all greenhouse gases.

Nitrous oxide—largely from livestock production—makes up 38% of agriculture emissions, but this share could be substantially reduced, they say.

“On a conservative estimate, we assume that at least half of the gases can be saved in livestock production in tropical environments,” said Michael Peters, of the International Centre for Tropical Agriculture. “I think this is the best strategy you can have in agriculture to mitigate greenhouse gas emissions.”

The papers, which will be presented at an International Grasslands Congress in Sydney this week, claim that additional benefits will also include higher productivity, less need for fertilizer, lower levels of nitrate pollution in waterways and considerable carbon capture.

Brachiaria grasses originated in Africa, but have been most extensively used for grazing in Brazil, Colombia, Nicaragua and parts of Australia and south-east Asia.

During the past decade, scientists have discovered the chemicals that enable the plant to bind nitrogen into the soil, thus making it more productive and less “leaky”.

They are now breeding different strains of brachiaria to maximize these nitrogen-inhibiting properties and encouraging wider use of the grass in pastures and in rotation with crops such as soy and corn.

Although the authors hope it can be used in an additional 100m hectares, the brachiaria is not a solution for all countries as it does not grow well in temperate climes.

There are potential downsides. The extra productivity could provide an additional economic incentive for the clearance of forests and—as with all monocultures—the proposed expansion of brachiaria pastureland poses a challenge to biodiversity.

But the scientists say the benefits outweigh the risks.

“There will be positive impacts on the economy and at the same time benefits for the environment,” Peters said. 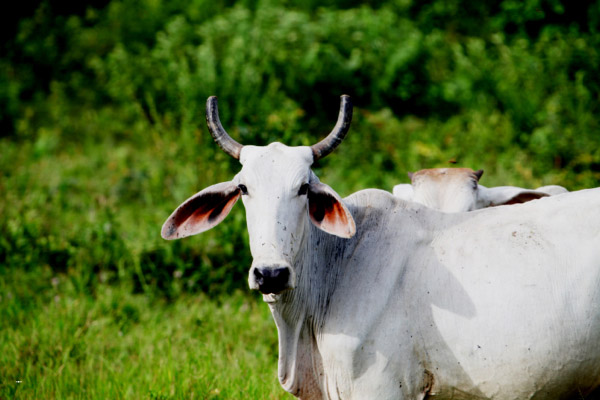 Cattle in Colombia’s llanos. Photo by: Rhett A. Butler.