Wildlife smuggler, Ousame Diallo, who has admitted to illegally trafficking 500 endangered chimpanzees out of the Republic of Guinea, was sentenced to a year in prison in the West African country reports WWF. The arrest and charge was supported by INTERPOL and to anti-wildlife trafficking local group, GALF.

“This time the result is excellent, we arrested one of biggest ape traffickers and we obtained one year in prison against him, the most severe penalty under Guinean law for this type of offense. It is a historic decision,” Charlotte Houpline, GALF Founder and Coordinator, said. Two of Diallo’s partners were also arrested and sentenced to a year in jail.

While a year in jail may not seem like much for trafficking hundreds of chimps, wildlife crime is largely treated as a minor offense in Africa, as it is in much of the world. Even when caught, traffickers rarely are convicted and even more rarely see jail time. However, as wildlife trafficking has turned into a global crisis, many governments are struggling to take a harder line against a practice that is decimating their wild lands. Experts also note that the global wildlife trade, estimated at $19 billion, is often connected to other organized criminal activities, such as the drug trade, human trafficking, weapons sales, and even terrorism.

Western chimpanzees (Pan troglodytes verus), which is the subspecies found in Guinea, are currently listed as Endangered by the IUCN Red List. The great apes are imperiled deforestation, the bushmeat trade, and illegal trafficking for the pet trade as well as for some zoos and wildlife parks. Around 8,000 chimps are believed to survive in Guinea.

“Poachers target young chimpanzees for the illegal pet trade, but their families will often fight to the death to protect them,” notes David Greer who manages WWF’s African Great Ape Programme. “For every baby that is exported alive another 10 chimps may have died. Infants often perish from the trauma of capture leading poachers to pursue yet another victim, and repeating time and again the tragic killing scenario.” 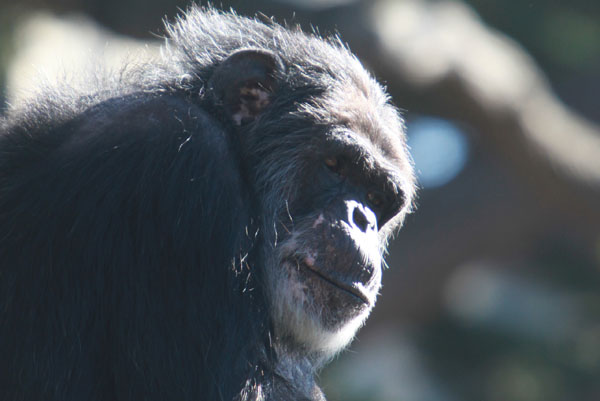