Sahyadris – Mountains of the Monsoon

Stunning images, snippets of video and a compelling narrative come together in a “showcase” app for the iPad.

The Sahyadris app is an immersive experience, which taps the full potential of the iPad as a story telling medium. It acts as a “showcase” for the Western Ghats, a mountain range found parallel to the western coast of southern India. The 1,600 km long Western Ghats stretch over about ten degrees of latitude, encompassing a wide variety of habitats and an incredible diversity of flora and fauna.

Talking about such a diverse area with a traditional book full of two-dimensional images has its obvious limitations; at the same time, telling stories about one of the world’s “hottest” biodiversity hotspots in a documentary has limitations in time. Making the Sahyadris app allowed Sandesh Kadur to overcome both these limitations at once: “It is a new, very effective way to tell a story,” he said.

The app does take a long time to download, but you realize why immediately after you launch it – high quality images and video don’t come small. As soon as it is launched, the app opens with a shot of Anaimudi, the highest peak in the Western Ghats at 2695 m. After a brief piece of introductory text, a short video acts as a trailer of what is to come. Panorama views and animal close-ups, all soaked in rain, befitting the title “Sahyadris: mountains of the monsoon.” 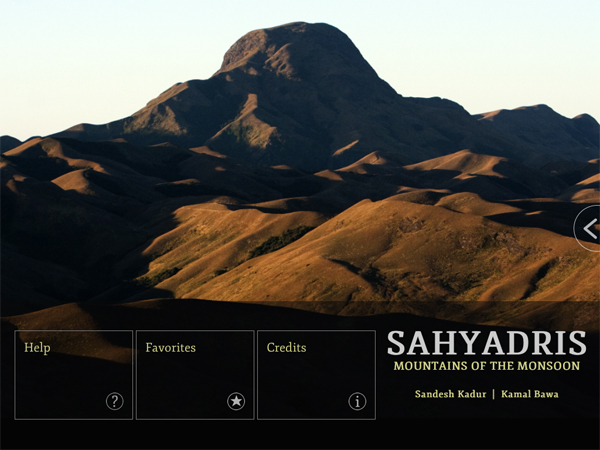 Images from the Sahyadris app.

As you journey through the rest of the app, Kadur manages to touch on all the different aspects that make the Western Ghats unique in different sections – the Land, the People, the Animals, the Plants and Threats to Biodiversity. Under each section is an introduction, and aspects that warrant special attention are dealt with in turn. For instance, the mystic Yana formation gets special mention under The Land section, complete with the legend of Lord Shiva hiding there to escape from the evil demon Bhasmasura. Kadur and Bawa have done a lot of this in the narrative – thrown in bits of folk and legend along with ecology and geology, making the stories come alive with a certain Indian flavor. Navigating through text, photos and video, you don’t realize at times that you have made a transition between two different media types – such seamlessness is indeed an achievement by the makers of the app.

The video snippets are from Sandesh Kadur’s award winning documentary, “Sahyadris – mountains of the monsoon,” which he made while he was studying wildlife biology at the University of Texas. This explains the American accent of the narrator! The documentary was made for a different audience, but since Kadur had full rights to it, he could “cut up segments of the documentary and intersperse them with bits of text from the book,” as he put it. The book he talks about is his “Sahyadris – India’s Western Ghats,” a photographic journey through the Western Ghats, that was published in 2005.

Almost all photographs in the app have a caption that provides technical information about the photograph – the camera, lens and settings used. “This is mainly for amateur and budding photographers who will find the information useful,” said Kadur. Occasionally, a caption will have a touch of the poetic, complementing your own feelings at that point.

As of now, some scientific names are not italicized, and some animals and plants not identified. With new research in the Western Ghats, there will be new species added, and already known species re-named. But, updates to the app can incorporate all of this.

“I guess that’s what I love about creating an app – you are not stuck, you can adapt, change and tell new stories; for example, you can change frog names as they change according to new taxonomy etc. It’s good to be a part of that future of education and story-telling,” said Kadur.

Highly recommended, especially on a rainy evening with the sound of the monsoon rain as a backdrop. 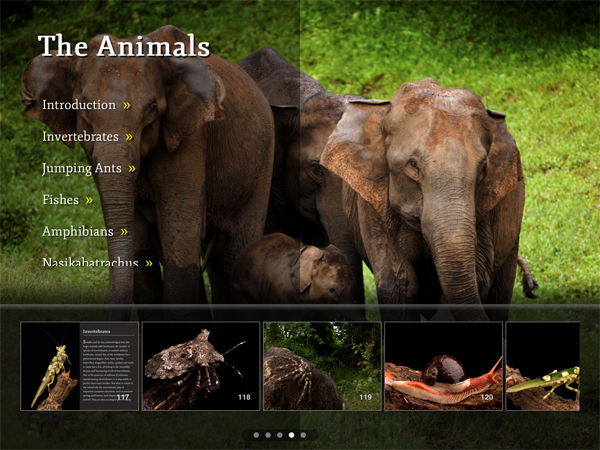 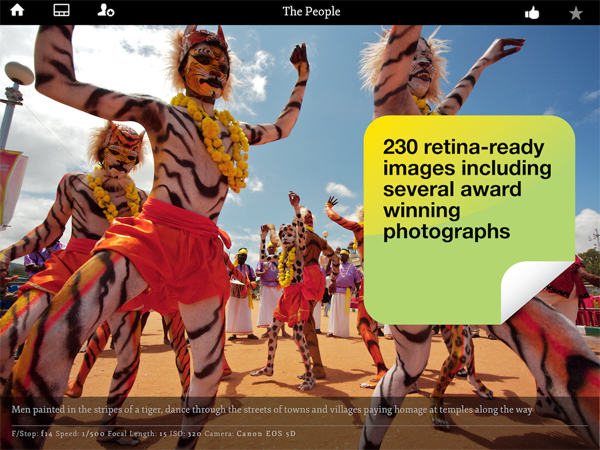 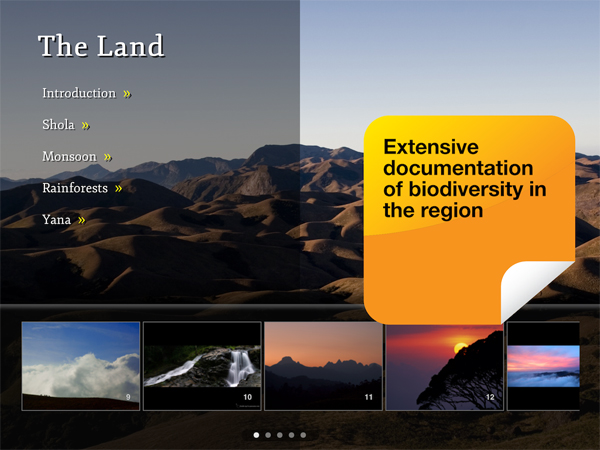 Images from the Sahyadris app.