Commentary by Owen Reynolds on 20 August 2013

On a cross-country bus trip through the American Midwest, I watch cool morning mist rise from patchwork fields. Between the fields stand groves of dark green mid-summer trees, I am reminded that this scene is in jeopardy. The region is cited for its vulnerability to desertification associated with climate change.

Increased atmospheric carbon concentration and the subsequent alteration of global climates will irretrievably change not only the beauty, but also the economic potency, of this land and so many others. Ninety-seven percent of climate scientists agree that global climate change is indeed happening and is, in fact, caused by human greenhouse gas emissions. This year, the most problematic greenhouse gas, CO2, has sky-rocketed from its nearly million-year equilibrium of 300 parts per million (ppm) to 400ppm—a mere 50ppm shy of what many scientists agree will cause drastic and irreversible climate change.

Myriad proposals and schemes are in development to mitigate, stop, and reverse this climate change. They all have two things in common—controlling atmospheric carbon and the lingering question of who will foot the bill? Transitioning to renewable energies, increasing forestland, reducing carbon emissions through technological efficiencies, and rerouting the global transportation system for fuel efficiency all require financial support. Enter the finance industry.

With the recent financial crisis still painfully fresh in our minds, many of us are irked by the U.S, finance industry’s hubris and greed. Like many around the world, I was personally disillusioned by the compensation structures, incentives, and lack of regulation that ostensibly led to the worst economic crisis in 80 years.

That same industry, however, is also known for ingenuity and for employing some of the most brilliant minds of our era. It is also chock-full of good-hearted, climate-savvy individuals who recognize what they can do to help mitigate climate change and global carbon emissions. Over the last years, groups of these individuals have developed tools and affected legislative changes to fund the end of climate change. 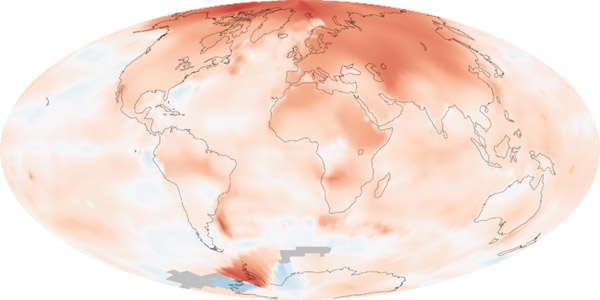 Those on board include states like California and Massachusetts; countries like Norway, Sweden, and China; and international organizations like the World Bank and the European Investment Bank. The financing is often used for rail transportation, energy efficiency, renewable energy, and green building projects. These carbon-neutral or greenhouse gas mitigating projects may push climate stability and preserve the Midwest landscape I see today.

There are a few different tools the finance industry has whipped up to make these projects realities. One of the more developed green-finance tools is sustainably-focused mutual and pension funds. Instead of investing in traditional petroleum or coal companies, their energy investments may focus on renewables. They may also include investments in energy-efficient automotive initiatives, trains, green building, and sustainable energy sources. The financial professionals managing the funds can often invest in projects that positively affect the world while creating similar returns for investors.

There has also been a recent shift towards state-mandated Renewable Portfolio Standards for utilities. Electric companies in 28 U.S. states and Washington D.C. have been mandated to finance or hold sustainable entities. These often represent investments in renewable energy supplies, coal plants that sequester their carbon emissions, or other carbon-mitigating energy sources. As the number of participating states and the percentage of utilities’ portfolios invested in green technology increase, the direction our energy companies must head will be increasingly clear.

Another sustainable financial instrument is expected to see huge growth on the open market over the coming years—climate-themed or green bonds. Just like U.S. Treasury “T” bonds, climate-themed bonds are loans given by bondholders to a bond-issuing government or company in exchange for interest payments to the bondholder—dividends. Climate-themed bond dividends are tax-free in recognition of their global benefit and to incentivize their uptake into the market.

Despite the commonplace and understandably skeptical sentiment towards the financial and banking industries, these financial tools present powerful forces to end climate change. The tools described here are just the beginning as the mammoth task of tackling climate change develops and becomes more politically mainstream.

As I look out my window again, the mist has evaporated, exposing thousands of acres of lush green fields and dark woodlands. I hope that my daughter—still too young to remember today—will see this same lush landscape. There is a way to ensure that she can, but the projects need to be financed.

NASA simulation showing temperature changes in North America (compared to 1970-1999) based on two different emissions scenarios up to 2100.

(08/06/2013) Bring on the cool weather – climate change is predicted to cause extreme weather, more intense storms, more frequent floods and droughts, but could it also cause us to be more violent with one another?