by Alexander Holmgren on 1 August 2013

“Occasionally, these types of butterflies disappear for long periods of time but are rediscovered in another location,” said Larry Williams, U.S. Fish and Wildlife state supervisor for ecological services. We think it’s apparent now these two species are extinct.”

Neither species has been seen in any environment for at least nine years, the latter of the two not being seen since 2000. This calamity is only made worse by the fact that so much could have been done in order to save these creatures. The first species, the Zestos skipper butterfly (Epargyreus zestos oberon), had strong bodies with large black eyes and large wings that were adorned with spots that looked like eyes. While the Zestos skipper was visibly declining in its environment, the subspecies was denied access to the U.S.’s Endangered Species Act (ESA) because of the confusion between it and other skipper species in the Bahamas. In the end, what was thought to be a bountiful reserve in the Bahamas proved to be a completely different species. By the time the mistake was realized it proved too late.

The Rockland grass skipper butterfly (Hesperia meskei pinocayo), an amber golden insect with club like antenna and black eyes, was similarly thought to be making a comeback as the species that had not been seen since the 80’s was spotted back in 2000. But is now believed extinct. 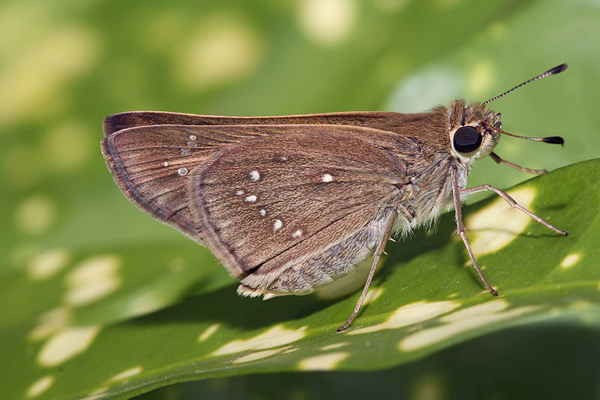 The extinction of these animals “serves as a wake-up call that we really need to intensify our efforts to save other imperiled butterflies,” according to Williams.

Both species vanished almost overnight as conservationists and scientists realized that the abundant populations of these species simply did not exist.

The extinction of these species may have far-reaching environmental repercussion. One of the most important ecological services performed by butterflies is pollination Ninety percent of plants on our planet require pollinators in order to reproduce, and butterflies are a key part of this process for many plants. While not regularly known as keystone pollinators, butterflies are actually capable of dispersing pollen farther than honeybees since they don’t have to return to a hive with the pollen they have collected.

Butterflies also serve as crucial indicator species. Because of their short life cycles and close reliance on the climate, butterflies are excellent indicators of environmental stress. The extinction of both these species in such a short span is a clear sign of degradation. Researchers believe that habitat loss likely played a key role in these species’ loss. In addition, extreme weather events such as hurricanes or droughts–while before would only help to regulate the population–may now directly cause extinction in much reduced population numbers.

The extinction of the Zestos skipper and the rockland grass skipper marks a new contribution towards the ever-worsening pollinator crisis. The same factors that led to their extinction, such as a growing human population and a dwindling natural habitat for animals, is only exacerbated with every year.