We now live in a world dominated by humans (the Anthropocene), whose activities on Earth are resulting in new habitats and new environmental conditions including climate change. To many, the Anthropocene is an era of environmental doom that unless reversed, will result in catastrophic reductions in biodiversity. An alternate view is that the biota will adjust to the new environmental conditions and through processes of species mixing and self-organization will form sustainable novel communities of organisms.

Using examples from Puerto Rico, a new paper published in Tropical Conservation Science discusses the conditions that lead to novel forest formation and the characteristics of these forests, including their species composition. Novel forests include native tree and animal species but also significant numbers of introduced and naturalized species. The author, Ariel Lugo of the U.S. Forest Service’s International Institute of Tropical Forestry, finds that while introduced species dominate forest stands, “their dominance is not incompatible with the regeneration of native species”. 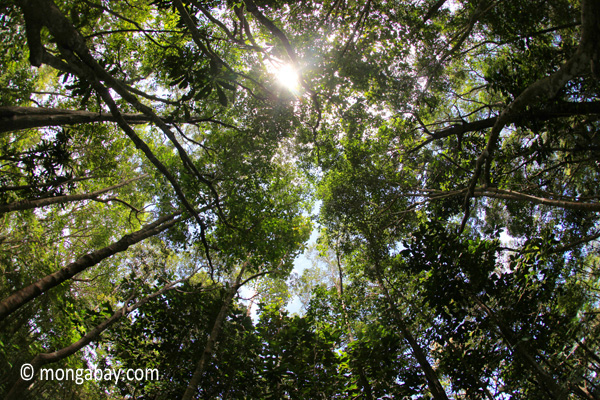 Lugo proposes that these types of ecosystems “might represent the natural response of the biota to the Anthropocene”.

“There is no question that humans are now a dominant factor influencing the world’s environment,” Lugo writes. Two opposite points of view have developed regarding future scenarios for global biota in light of human effects on climate and the environment in general.”

“The pessimistic scenario… anticipates rampant species invasions, catastrophic levels of species extinctions, homogenization of the biota, and disruptions of ecosystem services. The alternative scenario is that the biota will adapt and adjust to the Anthropocene and will do so by remixing species into novel ecosystems with familiar functions and ecological services.”