The U.S. government will redirect $31.8 million in debt payments owed to the US Agency for International Development (USAID) by the Philippines to establish a conservation fund for endangered rainforests across the Asian archipelago, reports the AFP.

The debt-for-nature swap will fund grants to “conserve, maintain and restore” forests in five regions in the country, which is considered a biodiversity hotspot due to a combination of high levels of biodiversity and rapid rates of habitat destruction. Forest cover in the Philippines declined from 21 million hectares, or 70% of the its land area, in 1900 to about 6.5 million hectares by 2007, according to the national Forest Management Bureau. Most of the deforestation was the result of logging, mining, and conversion to agriculture. 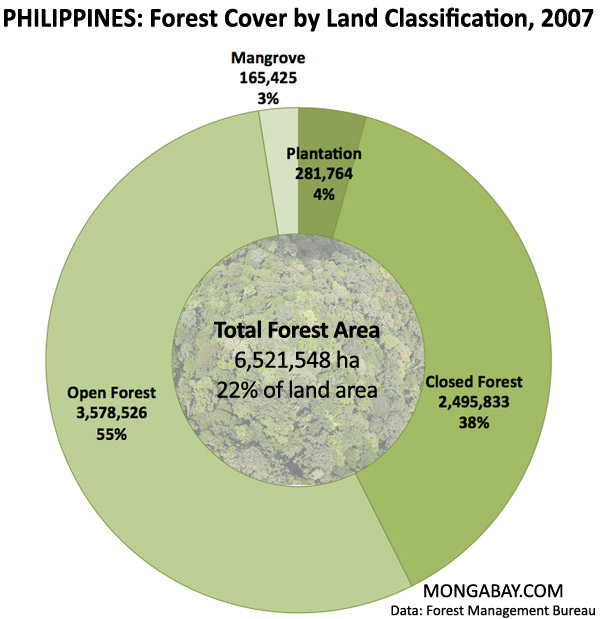 Forest cover in the Philippines 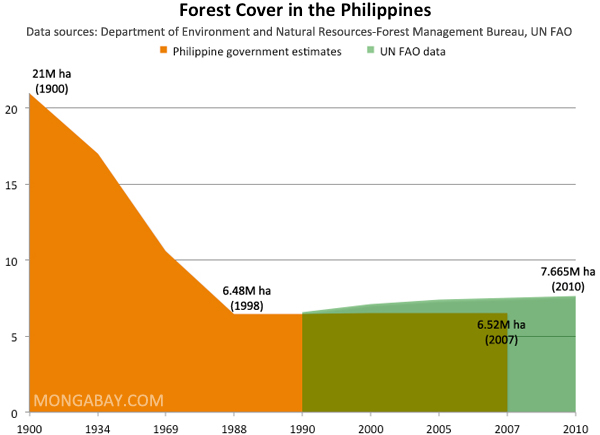 More than a billion dollars’ worth of debt-for-nature-swaps have occurred since the idea was conceived by researcher Thomas Lovejoy in 1984. The U.S. government has participated in more than $400 million dollars’ worth of swaps, including major deals in Bolivia, Colombia, Costa Rica, El Salvador, Guatemala, Indonesia, Jamaica, Panama, and Peru.