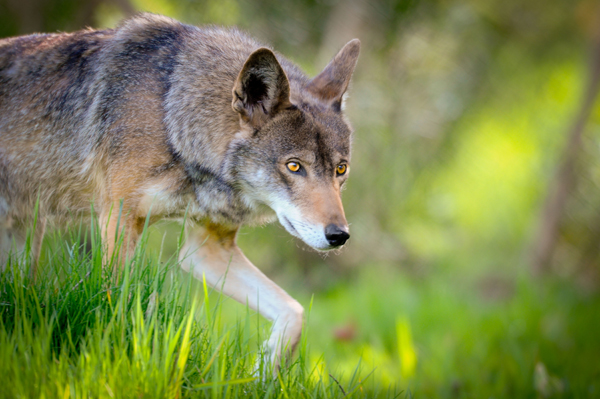 Red wolf: after going extinct in the early 1980s, red wolves were reintroduced in the Eastern U.S. in 1987. Photo by: Seth Bynum /Point Defiance Zoo and Aquarium.

While many people may view zoos first and foremost as attractions, these institutions have a long history of supporting and instigating conservation work, including saving species from extinction that have vanished from their wild habitat. But such efforts require not just dedication and patience, but herculean organizational efforts. Enter, the World Association of Zoos and Aquariums (WAZA), which works with zoos and aquariums to set up conservation programs and track endangered species in captivity.

“Most of the major international conservation organizations have moved away from species conservation in recent years, now focusing on issues such as poverty alleviation, global change, ecosystem services, etc. It is the role of zoos and aquariums to keep alive the flame of species conservation!” Markus Gusset, Conservation Officer with WAZA, told mongabay.com in a recent interview.

Gusset says that zoos and aquariums should be conservation centers first and businesses second. He points to a long history of zoos in saving species that have gone extinct in the wild, including five mammals and one bird that would not be around today without the protective efforts of modern zoos.

Markus Gusset will be presenting on his work at WAZA at the 2013 Zoos and Aquariums: Committing to Conservation (ZACC) conference on Tuesday, July 9th in Des Moines, Iowa.

AN INTERVIEW WITH MARKUS GUSSET 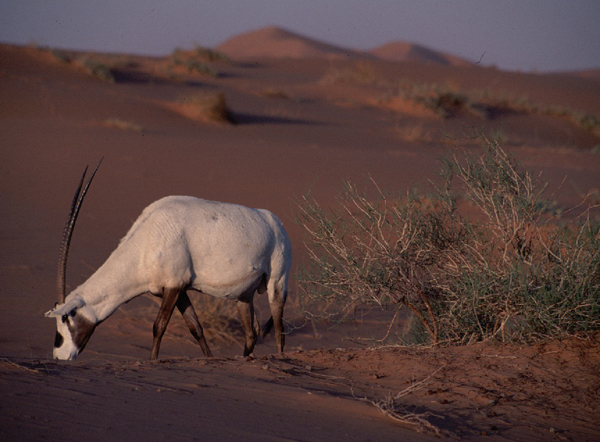 Arabian oryx (Oryx leucoryx). Vanished in the 1970s, the species has been reintroduced into Israel, Oman, Saudi Arabia, Bahrain, and Qatar. Photo by: Tim Wacher.

Markus Gusset: I am a conservation and animal welfare biologist with more than 10 years of expertise in researching and protecting wildlife both in its natural habitat (mainly in southern and eastern Africa) and in human care (at Zurich Zoo and Leipzig Zoo). I received my PhD degree in 2006 and have been a Research Associate at Oxford University’s Wildlife Conservation Research Unit since 2007 to pursue my research interests. I joined the WAZA Executive Office in 2009, where I serve as Conservation Officer and act as the International Studbook Coordinator. I oversee the fields of conservation, animal welfare, environmental education and research.

Markus Gusset: Growing up in the Swiss Alps certainly helped!

Mongabay: What role do you see for the modern zoo and aquariums in global conservation efforts?

Markus Gusset: Most of the major international conservation organizations have moved away from species conservation in recent years, now focusing on issues such as poverty alleviation, global change, ecosystem services, etc. It is the role of zoos and aquariums to keep alive the flame of species conservation!

Mongabay: Conservation breeding (i.e. captive breeding in zoos) has saved a number of species from extinction. Will you tell us about a few recent examples?

Markus Gusset: The risk of extinction that a species is facing is gauged on the Red List of Threatened Species, published by the International Union for Conservation of Nature (IUCN). On this Red List, a number of species are classified as Extinct in the Wild, meaning that these species are known only to survive in human care. In other words, if it was not for zoos, aquariums and other animal propagation facilities, these animal species would no longer be around. There are six animal species that at some stage were classified as Extinct in the Wild and that subsequently could be moved to a lower category of threat on the Red List thanks to the reintroduction of animals born in human care: Arabian oryx, black-footed ferret, California condor, European bison, Przewalski’s horse and red wolf.

Mongabay: Given the rising number of species endangered worldwide, would it be wise to drastically scale-up captive breeding efforts?

Markus Gusset: Space restrictions are indeed a major challenge to ensuring populations of wild animals in human care are of sufficient size to remain demographically and genetically healthy in the long term. What is even more important, however, is to ensure that populations are managed according to a single conservation plan, whether found in the wild or in human care, whether managed extensively or intensively.

Mongabay: Will you tell us about studbooks? Why are these so important to saving species? 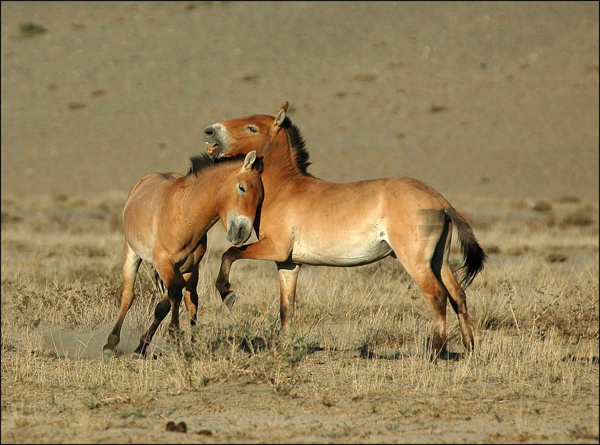 Mongabay: Where do you see room for improvement regarding zoos’ and aquariums’ role in conservation?

Mongabay: What can the public do to help these efforts? 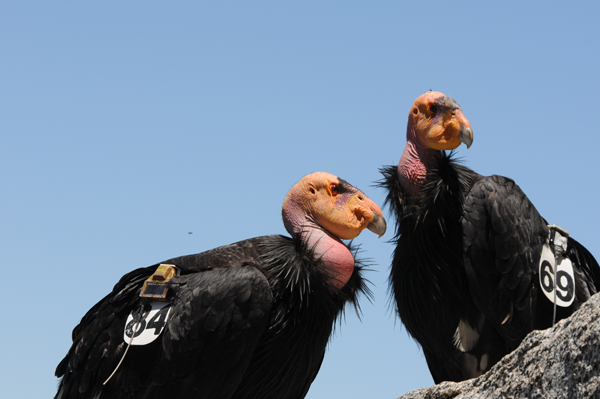 California condor (Gymnogyps californianus). After falling to just 22 birds, the California condor was saved by captive breeding. Today it numbers around 400 individuals both in captivity and in the wild. Photo by: Mike Wallace/San Diego Zoo Global. 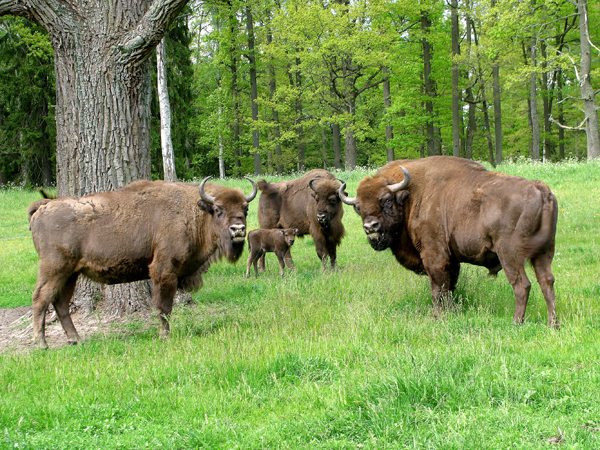 European bison (Bison bonasus). The European bison, or wisent, went extinct in the wild in 1919. Today it has been reintroduced across East Europe, Russia, and even a few countries in Western Europe. Photo by: M ieczysław Hlawiczka. 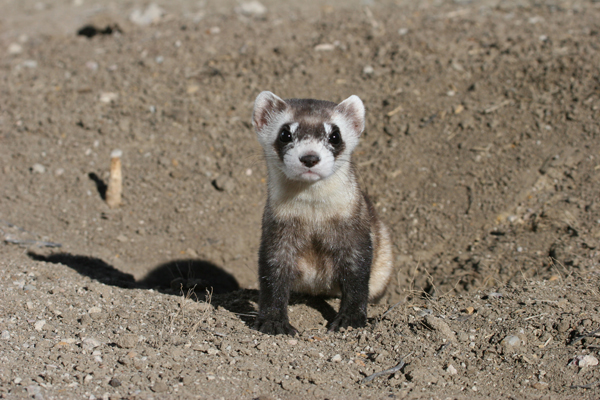 Black-footed ferret (Mustela nigripes). After going extinct in 1987, the species has been re-introduced and now numbers over 1,000 animals in the wild in the U.S. and Canada. Photo by: USFWS.

(05/30/2013) You may think children in urban, northern UK have little in common with those in rural Assam, India, but educational connections are possible you just have to know where to look. In this case, an innovative education initiative at Chester Zoo have employed its five ton stars—the Asian elephants—to teach British children about life in faraway India.

(03/25/2013) The Wildlife Conservation Society (WCS) is one of the world’s leading environmental organizations. Founded in 1895 (originally as the New York Zoological Society), the WCS manages 200 million acres of wild places around the globe, with over 500 field conservation projects in 65 countries, and 200 scientists on staff. The WCS also runs five facilities in New York City: the Central Park Zoo, the New York Aquarium, Prospect Park and Queens Zoos, and the world renowned Bronx Zoo.

(03/18/2013) The Barbary sheep (Ammotragus lervia), or aoudad, is a goat-antelope found in northern Africa. It is currently listed as Vulnerable by the IUCN Red List, with populations imperiled by hunting, habitat loss, and competition with livestock. Still little is known about its remaining population, prompting scientists in Mexico to test possible assisted reproduction of captive individuals.