In a single paper, a team of researchers have succinctly described 101 new species of weevils from New Guinea, more than doubling the known species in the beetle genus, Trigonopterus. Since describing new species is hugely laborious and time-intensive, the researchers turned to a new method of species description known as ‘turbo-taxonomy,’ which employs a mix of DNA-sequencing and taxonomic expertise to describe species more rapidly.

“When faced with a large number of morphologically similar, undescribed species, it is not an option to carry on ‘business as usual’ and
prepare very detailed descriptions with an output of only few species per year,” the researchers write in a the paper describing the new species in ZooKeys. “Such a strategy will not achieve a sustained success within this century.”

As New Guinea’s rainforest habitats disappears to a sudden rash of monoculture plantations, logging, roads, mining, and big industrial projects, scientists are racing to describe and document species that could quickly vanish altogether.

Lead author, Alexander Riedel, notes that the new method of taxonomy made the process around five times faster than traditional species description.

“A portion of each weevil species’ DNA was sequenced, which helped to sort out and diagnose species efficiently. Besides, we have taken high-resolution photographs of each weevil that will be uploaded to Species ID, along with a short scientific description,” he explains in a press release.

While many of the new species’ morphology (physical appearance) is very similar, they are distinguished by their reproductive organs and DNA.

But how do you name so many new species?

In addition to Papua New Guinea, Trigonopterus weevils are also found on Sumatra, Samoa, the Philippines, and New Caledonia. This genus of beetles is also known for sporting the only biological screw joint found in animals: some of the species have hips with a nut-and-screw joint which experts say may help the beetles’ climb and steady themselves. Scientists believe many more of these beetles remain undiscovered.

Although Papua New Guinea is considered by many to be among the most wild places left on Earth, a 2008 study found that a quarter of the country’s forests were lost or degraded by logging between 1972-2002. The situation has only worsened as Papua New Guinea has handed vast tracts of community land to foreigners through Special Agricultural and Business Leases (SABLs). The controversial practice was halted in 2011, but not before 5.1 million hectares—an area the size of Costa Rica—were handed over largely to foreign corporations. 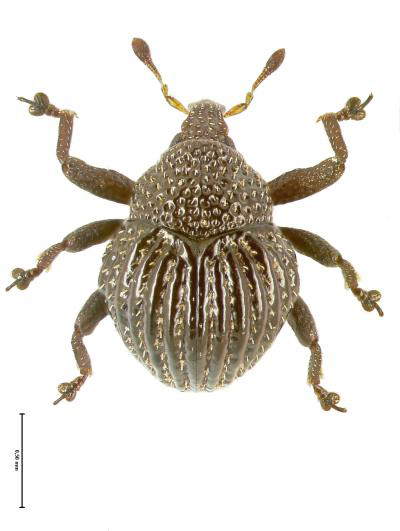 (04/16/2012) A massive, controversial nickel mine has been shut down in Papua New Guinea due to the environmental concerns of its slurry pipeline, reports Cultural Survival. Inspections of the 83 mile (134 kilometer) slurry pipeline found that it had been built too close to a major highway with spills already impacting traffic. Built by the Chinese state company Metallurgical Construction Corporation (MCC), the Ramu Nickel Mine has been plagued by land issues, labor disputes, and environmental concerns.

(01/12/2012) How small can you be and still have a spine? Scientists are continually surprised by the answer. Researchers have discovered a new species of frog in Papua New Guinea that is smaller than many insects and dwarfed by a dime. The frog trumps the previously known smallest vertebrate—a tiny fish—by nearly 1 millimeter.