The mayor of New York, Michael Bloomberg, is preparing to roll out a new composting plan for the city, aimed at diverting some of the 100,000 tons of food scraps that ends up in landfill every year.

Bloomberg, who is due to leave office early next year, has called food waste the “final recycling frontier”. Now it appears New York is moving towards that line, testing pilot projects in some neighborhoods in preparation for a city-wide composting plan.

The city has hired a composting plant to handle up to 100,000 tons of food scraps a year – or about 10 percent of the city’s total food waste, according to the New York Times, which first reported the story. 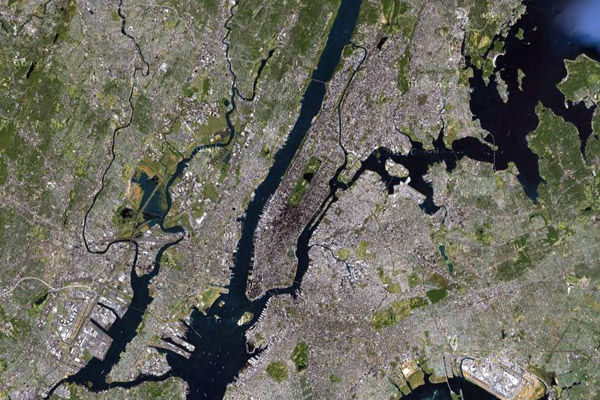 Manhattan as seen from Google Earth

Last April, about 100 city restaurants joined a voluntary composting plan, the food waste challenge. By next year, 150,000 households will be on board along with 100 high-rise buildings and 600 schools. The entire city could be recycling food scraps by 2015 or 2016.

The composting program will at first be voluntary. But a city official told the Times that after a few years New Yorkers who do not separate out their food scraps could be liable to fines – just as they would be now if they do not recycle paper, plastic or metal.

The composting plan will make up a big part of New York’s efforts to divert up to 75 percent of its solid waste from landfills by 2030. Reducing the amount of waste that ends up in landfills also reduces greenhouse gas emissions that cause climate change. Food waste from all sources makes up about a third of the 20,000 tons of trash the city generates every day.

New York spends $336 million a year to send its trash to landfills in Ohio, Pennsylvania and South Carolina. A composting program would save about $100 million a year, Ron Gonen, the city official responsible for recycling and sustainability, told the paper.

Other cities, such as San Francisco, have composting programs in place. New York had been seen as a challenge because of its population density.