The Indonesian government will spend 100 billion rupiah — $10 million — on a cloud-seeding scheme to reduce the haze plaguing Sumatra, Singapore, and Malaysia.

According to a statement released after a meeting between top officials, Indonesia will use airplanes to seed clouds with salt in an effort to increase condensation and rainfall over parched parts of Sumatra where peat fires are spewing particulate matter into the atmosphere. The operation is expected to last until the end of the dry season, which typically runs through late September or early October.

Overall the Indonesian government has committed $25 million in emergency funds to combatting the haze, which some analysts project could shave half a point of GDP for Singapore in 2013. 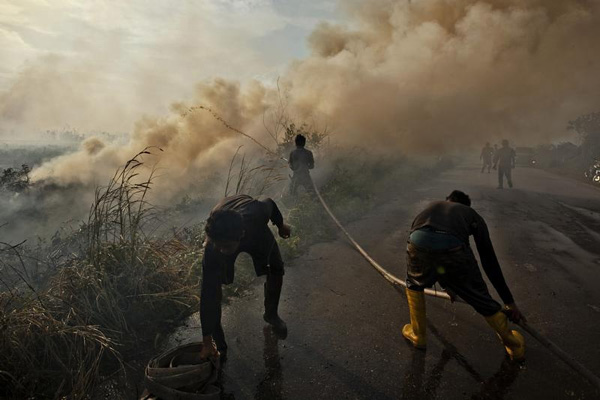 After the meeting, officials urged the need for cooperation in haze control efforts.

“We need the support of all parties and all companies should keep their forests and focus we put out the fire”, said Forestry Minister Zulkifli Hasan in a statement.

Zulkifli added that 14 are people being investigated for fire-setting. 11 are from plantation companies, while 3 are small farmers. If found guilty, they could face up to five years in prison and their operating licenses revoked.