Almost 200,000 hectares of Tasmania’s old growth forest have been world heritage listed, bringing hope that a three-decade fight between environmentalists, politicians and loggers is over.

The World Heritage Committee has extended the heritage listed boundary of the Tasmanian Wilderness World Heritage Area by more than 170,000 hectares after accepting a proposal from the Australian government which will give the areas the highest level of environmental protection in the world.

The old growth forest areas now added to the heritage listing are in the Upper Florentine as well as within the Styx, Huon, Picton and Counsel River Valley.

Logging will continue in the forest in areas Environment Minister Tony Burke described as “less contentious.”

The proposal the government put to the World Heritage Committee was the work of people within the forestry industry as well as environmentalists, including Miranda Gibson who famously spent 457 days living in a tree in the old growth forest in a campaign for extended environmental protection.

Speaking from Hobart where she had watched a livestream of the World Heritage Committee handing down the decision, Gibson said she was thrilled and had contemplated returning to the tree if she was unhappy with the decision.

“It’s good to know I don’t have to go back to the tree unless I want to visit,” she said.

“The hardest part [of living in the tree] was not knowing how long I would be up there or if the loggers would come and log around me.”

“It was obviously also very isolating.”

Gibson started living at the top of the 60 meter eucalypt tree in December 2011 and was driven out by bushfires in March this year. By then the proposed extended areas for world heritage listing had been granted temporary protection.

She decided to campaign from the ground until the committee handed down their official decision.

Environmentalists have been fighting for protection of more of the old growth forests in Tasmania for years, while the forestry industry argued it was vital for jobs in the state that logging of some parts be allowed.

“Today is the result of decades of people standing up for the forest,” Gibson said.

“It is testament to the strength of the community we have been able to achieve this.

“If it was not for individuals standing up over the past few decades there would be many parts of the forest that would already be gone.”

While the natural values of the forest have been listed there is still a fight for the cultural values to be recognized.

Burke said the government would continue to consult with Indigenous communities in Tasmania to have the cultural values considered by the World Heritage Committee.

“For the first time it’s [an environmental agreement] been done, not through a political process, but through a genuine community process where industry and environment groups came up together with a package that they thought would deliver what each of them wanted most,” he said in a statement.

“We have the conservation groups saying the high conservation areas are being protected and for the people who look at it from an industry perspective this is part of that entire package that has resulted in 30 years of conflict in Tasmanian forestry being resolved through an extraordinary agreement that made it through the stakeholders made it through the parliament and now has been endorsed by the WH committee as being a conservation outcome of international importance.”

The area is also important habitat for rare and threatened species such as the endangered wedge-tailed eagle and the Tasmanian Devil.

Greens Leader Christine Milne tried with former leader Bob Brown to have the areas of the forest world heritage listed in 1989 but the pair’s efforts were thwarted by then-Premier Michael Field who drew up conservation boundaries environmentalists have long criticized.

“It’s fantastic that after so many years of campaigning conservationists around Tasmania, and indeed the world, can celebrate the protection of these magnificent wild forests that contain the tallest flowering plants on earth and an array of wonderful wildlife,” Milne said.

“In recognizing the decades of work of conservationists I want to pay tribute to the late Helen Gee who was involved for 40-plus years and whose book For the Forests is a wealth of information on all those people who, in many cases, put their bodies in front of the bulldozers.

“We can all smile broadly knowing that at last Tasmania’s forests of outstanding universal value are now protected for all time.” 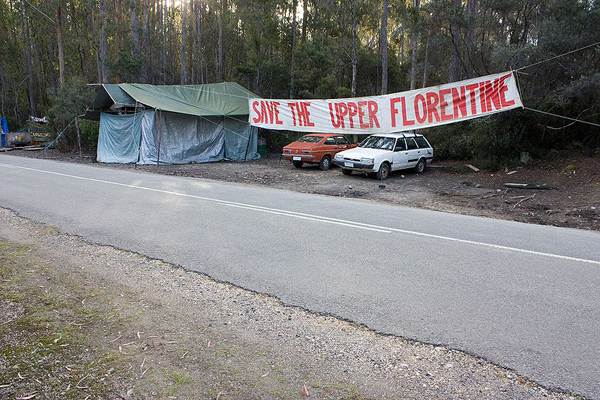