What does a wolf in Yellowstone National Park have in common with an ambush spider on a meadow in Connecticut? Both are predators and thus eat herbivores, such as elk (in the case of wolves) and grasshoppers (in the case of spiders). Elk and grasshoppers also have more in common than you probably imagine: they both consume large quantities of plant matter. While scientists have long-known that predators lead to carbon storage by reducing herbivore populations, a new study reveals a novel way in which top predators cause an ecosystem to store more carbon.

The paper, published in the Proceedings of the National Academy of Sciences (PNAS) found that by forcing herbivores to be more vigilant, carnivores indirectly reduce the grazing pressure on the plants. If you are a grasshopper and there are spiders in the area, you are definitely not grazing while you are looking out for them.

Interestingly though, the plants respond too. When not under attack by grazers, they start growing faster and wasting less carbon in respiration. A field experiment on Connecticut grasslands demonstrated that in the presence of predators that scare off the herbivores, plants absorbed and stored up to 40% more carbon in their bodies.

“The results provide some new food for thought about how we might use animals to manage carbon release to the atmosphere,” explains Professor Oswald Schmitz from Yale School of Forestry and Environmental Studies and one of the authors of the paper. 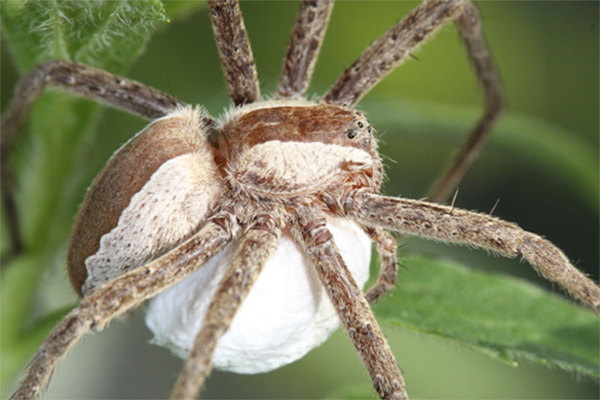 Grasslands make up around 40% of Earth’s landmass so the presence of predators in such systems could have a marked influence on carbon cycling. Yet we are losing top predators at a disproportionate rate. Ecologists used to think that animals mattered little to whole ecosystem functioning, but these new results—along with a flood of research in recent years—force them to think differently about the way ecosystems are controlled.

“Predators often get a bad rap… How many people kill spiders in their home without a second thought? What we’ve found is that you need to consider the larger role these predators play in ecosystems,” says Professor Michael Strickland, the lead author of the paper.

This experiment with carnivorous spiders and grasshoppers is not unique in its findings. A recent paper in The Journal of Animal Ecology found that predatory beetles altered earthworm behavior, which also led to increased plant growth. Another study in Science last year reported that predators could influence leaf litter decomposition.

The current paradigm in ecosystem science is that the main way top predators influence the plants is by keeping the population of herbivores small so that fewer plants would be eaten. However, this field experiment demonstrated that the top predator did not change the abundance of herbivores, only their behavior. The mere presence of a carnivore resulted in greater carbon intake and storage by the plants. These are examples of what scientists call ‘trophic cascades’—when removal of a top predator has indirect effects further down the food chain. 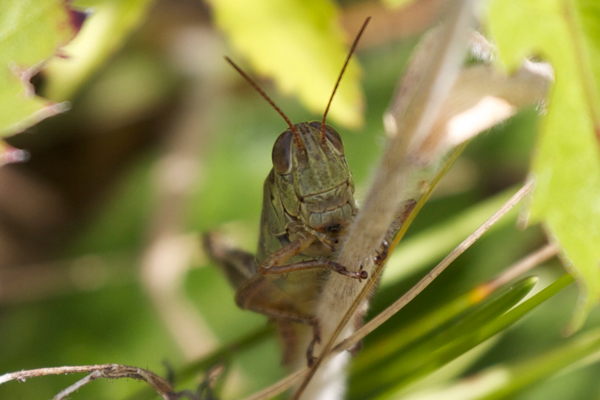 (02/06/2013) Hunters and trappers have killed approximately 1,530 wolves over the last 18 months in the contiguous U.S., which excludes Alaska. After being protected under the Endangered Species Act (ESA) for 38 years, gray wolves (Canis lupus) were stripped of their protected states in 2011 by a legislative rider (the only animal to ever be removed in this way). Hunting and trapping first began in Montana and Idaho and has since opened in Wyoming, Minnesota, and Wisconsin.