Over the past 30 years, amphibians worldwide have been infected with a lethal skin disease known as the amphibian chytrid fungus (Batrachochytrium dendrobatidis).

“The disease can cause rapid mortality, with infected frogs of susceptible species dying within weeks of infection in the laboratory.” Jodi Rowley, a herpetologist with the Australian Museum told mongabay.com. “This disease has now been associated with declines and extinctions in hundreds of species of amphibians worldwide, and is a serious threat to global amphibian biodiversity.”

But Rowley, along with Ross Alford from James Cook University, have just published a study that might provide a clue as to how individual frogs may fight the disease.

For the first time, individual frog body temperatures have been connected to the effects of the amphibian chytrid infection in the wild. “[T]he likelihood of a frog being infected declines rapidly with the time they spend above the pathogen’s upper optimal temperature,” explains Rowley, “by basking in the sun, or sitting on warm rocks, frogs may actually be ridding themselves of infection.”

As part of the study, Rowley, Prof. Alford, and a small team of volunteers tracked 3 amphibian species in the rainforests of northeast Queensland, monitoring each subject’s temperature both daily and nightly for 16 days.

“The study involved tracking over 100 [individual] amphibians in rainforest streams,” Rowley says. “We used radio-transmitters weighing less than 0.6g [0.02 oz] in weight, or diodes that were even smaller, fitted by a tiny waist-belt and tracked these frogs.”

After two weeks of “intensive frog-stalking,” the research results showed a remarkable pattern: the warmer the frogs were, the less likely they were to be infected with amphibian chytrid. To be exact, frogs were “very unlikely” to be infected if at least 75% of their body was over 77 degrees Fahrenheit (25 degrees Celsius).

Although the exact reason for the pattern is unknown, Rowley theorizes that the frogs’ immune systems operate more efficiently at warmer temperatures. As when humans get fevers, a high temperature may help the frog fight off the infection. Or, the fungus may simply start dying at high temperatures.

Rowley happily stated, “Whatever the cause, frogs that spend more time at hotter temperatures were less likely to be infected!” 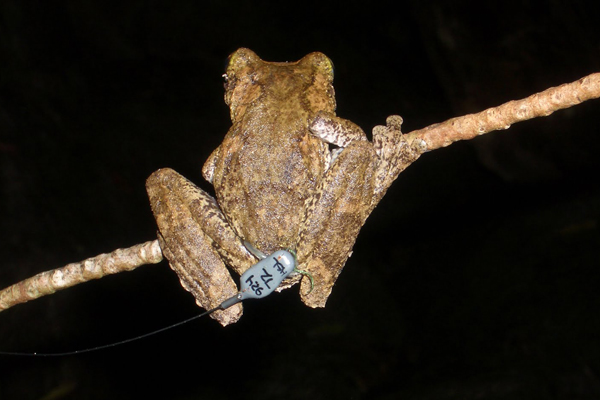 One of the three species studied: tapping green-eyed frog (Litoria serrata) with a tag. Photo courtesy of Jodi Rowley. 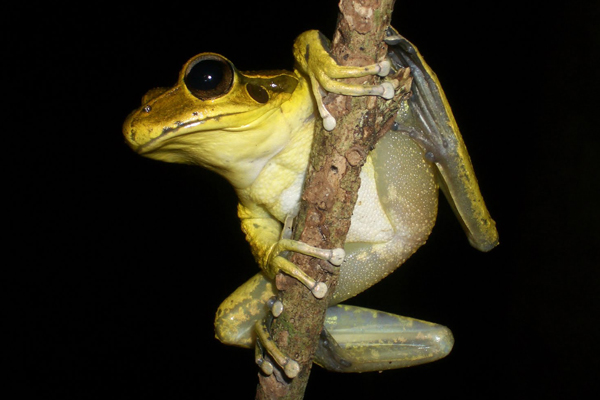 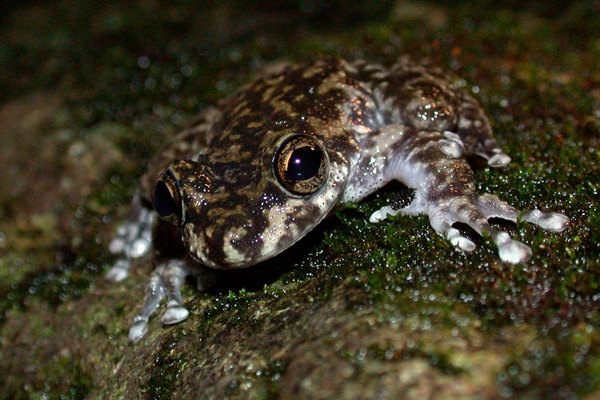