The Lions of India

It is not a well-known fact that India plays home to a population of lions as usually lions are associated with the African savannah and not the scrub forests of the subcontinent. The Asiatic lion (Panthera leo persica) is a sub-species which can only be found in a single location in the wild – the Gir forest in Gujarat, India. Although genetically distinct from the African lion, the difference is not large.

Recently the Supreme Court of India ruled that Gujarat a portion of the lion population is to be shifted to Madhya Pradesh’s Kuno-Palpur wildlife sanctuary. This proposal has been discussed since 2009 and it is only now that this decision has been made.

The reason it has taken so long, The Hindu reports in an article titled The lion is an Indian, not a Gujarati by Neha Sinha, is that this battle “has been understood as a battle between Gujarat and Madhya Pradesh.” This is a landmark ruling in many instances – first, because it puts the well-being of a species into the jurisdiction of the entire country, removing the species from solely a State ownership. Gujarat certainly takes pride in housing the only population of Asiatic lions and it forms a part of their tourist campaign as well. However, the fact that all of the lions are in Gujarat, also makes them more vulnerable to natural disaster and disease. This does not bode well for long-term conservation of the species as the population is already genetically vulnerable.

As Neha Sinha, author of The Hindu op-ed argues, “placing the persistence of species at its heart, the judgment calls for directives based on an ‘eco-centric approach’ and not a human or anthropocentric approach. Combined with the idea of doing what is best for the species, rather than the whims of policies, planning and politics, the judgment makes a powerful call for a new conservation paradigm, based on both science and ethics, for our most threatened species.” 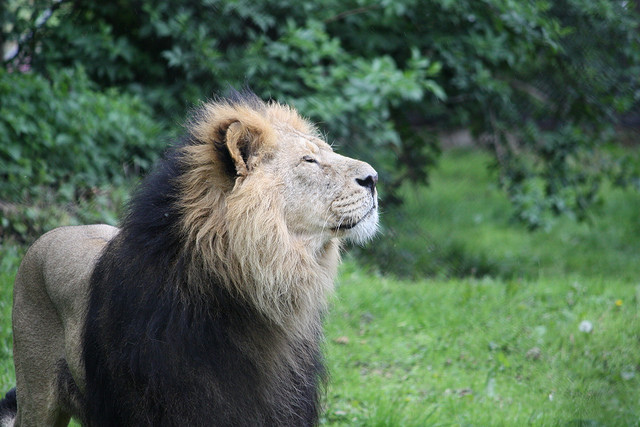 Secondly, this judgement also emphasises the intrinsic worth of a species. As Sinha says, “despite how worthy we rate our species, this intrinsic worth approach underlines the inherent right of all species to exist. This approach becomes even more important in the case of an endangered species, or species which are as isolated, threatened and hemmed in as the Asiatic lion. By asking for lions to be‘re-introduced’ to Kuno-Palpur, the Supreme Court has gone beyond State boundaries. It is invoking the historic range of the lion, once so common it was called the national animal of India — a mantle now worn by the tiger.”

The eco-centric approach to conservation takes into account the long-term conservation of the species and this is what every endangered species in India needs. Finally, it can be said, increasing the range of the Asiatic Lion even within sanctuaries would increase awareness of the existence of the species, which in turn would boost even more conservation efforts. From a wildlife stand point, it would be an extremely interesting wildlife reintroduction program to watch out for. With the state of Madhya Pradesh already on the map for a sizeable tiger population, it could soon become the only state in India with both the big cats which would make it an exciting visit for wildlife enthusiasts.