The Hawaiian silversword (Argyroxyphium sandwicense), a beautiful, spiny plant from the volcanic Hawaiian highlands may not survive the ravages of climate change, according to a new study in Global Change Biology. An unmistakable plant, the silversword has long, sword-shaped leaves covered in silver hair and beautiful flowering stalks that may tower to a height of three meters.

The Hawaiian silversword flowers only once in its life of 20 to 90 years, not unlike the much-loved agave. Because of this, records show that the number of silversword flowering in any given year varies wildly from zero to 6,632 plants. It depends on pollination from other individual plants for reproduction, so the trigger for flowering events is a key piece of a puzzle not currently understood, like many aspects of ecology.

Adapted to a harsh demanding climate, the silversword indeed looks more like a plant from the deserts of the American Southwest rather than the wet tropics of lower elevation Hawaii. The silver hairs on the leaves help protect it from harsh solar radiation by reflecting some of the light away while the plant has evolved to require scant water. Limited to small mountain top areas in Hawaii that look much like the moon or volcanic wastelands, the silversword has a small population as well.

Unfortunately, climate change has recently been demanding more of the silversword: even a plant highly adapted to a demanding environment still has limitations. Silversword populations have undergone a recent decline, including increased symptoms of water stress. Meanwhile, local records bear out that the local climate appears to be trending hotter and drier.

But not long ago, the silversword was seen as a poster child for good management and conservation efforts in Hawaii. At one time their populations were threatened by mountain climbers digging them up as souvenirs and browsing livestock. Since a low point in the population early in the century however, they’ve been protected and were showing a rebound. Climate change seems to be reversing that, despite the best efforts of managers.

“We don’t yet know how effective management may be for mitigating the impacts of climate change on silverswords,” lead author of the study Paul Krushelnycky of University of Hawaii told mongabay.com. “Our research is actively investigating this question right now, looking at the factors that may control drought tolerance, and whether some of these might be used strategically in management. One thing that management has done, without question, is remove most of the other major threats that often interact with and exacerbate the effects of climate change. So its put silverswords at Haleakala National Park on a much more solid footing, giving them the greatest possible chance to withstand the coming challenges.”

Another thing management has done is draw attention to the imperiled plant, putting the silversword before the public. If the silversword vanishes, however, it will take other species with it, impacting the whole ecosystem.

“Several insect species have Haleakala silverswords as their only hostplants… These include a moth that feeds in the inflorescences…a planthopper that feeds on the leaves…and a long-horned beetle whose larvae feed on the roots…especially during the summer flowering season when all of a sudden a huge bonanza of floral resources appear,” explains Krushelnycky. “Native species that use silversword flowers, in addition to other native plants, include tephritid fruit flies whose larvae feed on seeds…seed bugs that also feed in the flowerheads…two flies in the huge endemic drosophilid radiation that raise their young in decomposing inflorescences…predatory wasps that hunt prey among the flowers…and flies, moths and solitary bees that visit the flowers for pollen and nectar.”

The Hawaiian silversword is not alone, many other mountain top species face disruption, maybe even extinction, due to global warming. Climate change models predict that as the climate becomes warmer and drier, species will be forced to move upward for suitable habitats. But what then for those species already living on mountain-tops that have nowhere to go but into thin air?

“It’s made the issue [or climate change] much more concrete for me personally,” says Krushelnycky. “It puts a recognizable face on the problem. I think it can have a similar effect on the general public, especially since this plant is actually viewed by so many people, and because its fascinating nature makes it easier for people to appreciate what’s at stake when the planet’s biodiversity is threatened by climate change.”

Although it’s hard to say whether or not silversword will be pushed over the edge to extinction eventually or if it will recover from continued research and management, maybe it’s most important as a warning flag to the world. Silversword can direct the attention of scientists, managers and the public to look at the impacts of climate change more closely. 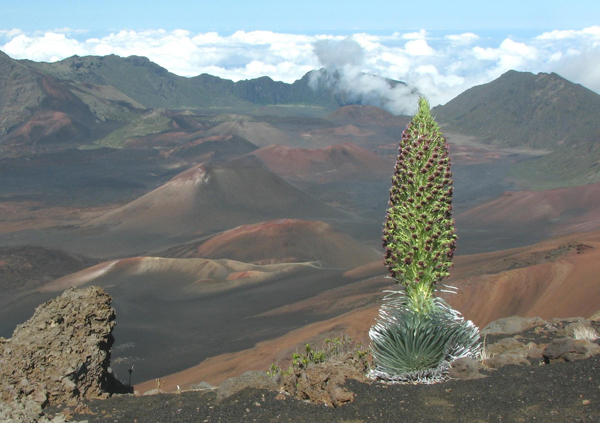 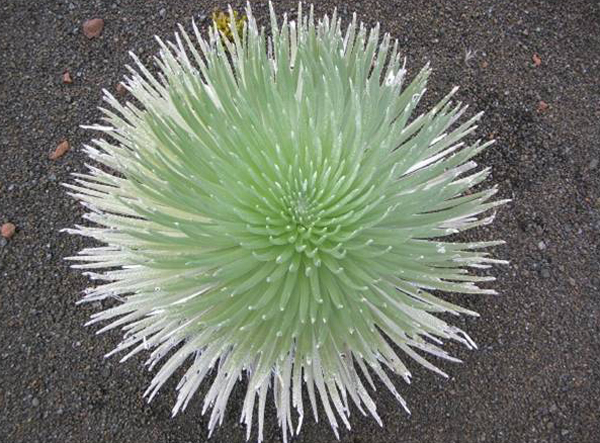 (06/20/2011) Multiple and converging human impacts on the world’s oceans are putting marine species at risk of a mass extinction not seen for millions of years, according to a panel of oceanic experts. The bleak assessment finds that the world’s oceans are in a significantly worse state than has been widely recognized, although past reports of this nature have hardly been uplifting. The panel, organized by the International Program on the State of the Ocean (IPSO), found that overfishing, pollution, and climate change are synergistically pummeling oceanic ecosystems in ways not seen during human history. Still, the scientists believe that there is time to turn things around if society recognizes the need to change.

(04/21/2011) The last decade has not been a good one for the American pika (Ochotona princeps) according to a new study in Global Change Biology. Over the past ten years extinction rates have increased by nearly five times for pika populations in the Great Basin region of the US. Examining extinctions of pike populations in the region over the past 110 years, researchers found that nearly half of the extinction events occurred since 1999.

(03/23/2011) Local climate shifts caused by deforestation and land cover change are causing insects to migrate to higher — and cooler — habitats, reports a new study published in the journal Biotropica. The research has implications for predicting how species will respond to climate change.