Intensification of Brazil’s sugarcane industry in response to rising demand for sugar-based ethanol could have impacts on the regional climate reports a new study by researchers from Arizona State University, Stanford University and the Carnegie Institution for Science.

Following the conversion of cerrado grasslands into sugarcane in Brazil, a recent study in Geophysical Research Letters found local cooling that approached 1 degree Celsius during the growing season and maximum local warming near 1 degree Celsius post-harvest.

“When averaged over the entire year, there appears to be little effect on temperature,” says lead author Matei Georgescu, Assistant professor of Arizona State University’s School of Geographical Sciences and Urban Planning. But indeed the local and seasonal effect is large.

“The temperature fluctuation between the peak of the growing season, when cooling occurs relative to the prior landscape, and crop harvest, when warming occurs compared to the previous landscape, of about 2 degrees Celsius (3.6 degrees Fahrenheit) is considerable,” explains Georgescu.

Countries worldwide are looking to slash their fossil fuel dependencies, and bioethanol, amongst other biofuels, is an attractive alternative. Brazil is a key participant in the production of bioenergy as it already exports about 15 percent of its current ethanol and is in a unique position to supply additional biofuels to meet the increasing demand of both domestic and global markets. This together with recent trade reforms has led researchers to earmark a tenfold rise in the production of sugarcane-derived ethanol within the coming decade. Moreover, much of this expansion is expected to come at a loss of some of the country’s native cerrado lands or tropical savannas. 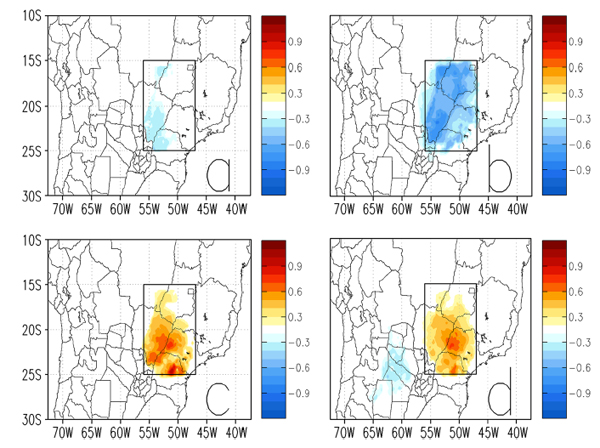 “Most of the research conducted to date has focused on carbon impacts of biofuels, ignoring effects associated with the substitution of one vegetation type for another, under the assumption that such changes are not important. What we show in this, and previous work, is that such changes are important,” Georgescu told mongabay.com.

Biofuels are attractive because they may reduce the amount of carbon pumped into the atmosphere and mitigate global climate change. For example, in another study which Georgescu led in the Proceedings of the National Academy of Science (PNAS) the light or radiation reflected (i.e. albedo) during an hypothetical conversion of annual to perennial bioenergy crops across the central United States was found to be equivalent to a carbon emissions reduction of 78 tonnes of carbon a hectare, which is six times larger than the annual biogeochemical effects that arise from offsetting fossil fuel use. In fact, in this study the researchers were surprised to find that the impact on biological, geological, and physical processes (i.e. biogeophysical) from the conversion of agricultural and native lands to agriculture rivaled the carbon-saving effect of reduced fossil fuel use.

With the lure of biofuels as such there has been a tendency to frame analyses in particular ways, for instance, averaging across an entire year, which has the effect of removing seasonal impacts that are otherwise insightful.

“Our work indicates that changes in the region’s hydroclimate, owing to sugarcane expansion over the native cerrado lands, can be expected,” Georgescu explains.

For Brazil the shifting agricultural activity could have direct consequences on its climate by changing the landscape’s physical properties.

“Humans have been altering the natural land surface in many ways (e.g. through large-scale expansion of the built environment) and consequently modifying regional climate considerably. Unfortunately, biofuels-related research has, until recently, neglected this important aspect,” Georgescu says.

Georgescu and colleagues used multi-year regional climate model simulations to calculate the potential for local changes in temperature and precipitation patterns within south-central Brazil. Based largely on sugarcane having a greater albedo relative to prior land use, and the fact that the crop has an imposed August harvest date, the shift to sugar plantations will lead to a strong seasonal temperature fluctuation.

Given the significance of simulated seasonal effects and the likelihood of land uses becoming more diverse, it is conceivable that circulations, roughly 2-200 kilometers in extent (i.e. mesoscale), could develop causing a reduction in regional precipitation. When averaged across the full extent of simulations, conversion from the initial landscape to sugarcane translated to a loss of some 8 percent of water flux to the atmosphere. Although, as the crop matures during the growing season evapotranspiration levels are brought back to levels prior to sugarcane conversion, the overall annual averaged evapotranspiration reduction is about 0.3 millimeters per day.

“Today, we have excellent tools that can guide and inform place-based sustainable planning of sugarcane expansion, and more generally smart agriculture, which can be used assess local-to-regional environmental impacts beyond just carbon effects,” Georgescu says. “Targeted plans allocating particular sugarcane acreage across specified areas should be considering the type of questions we have described in our research.” 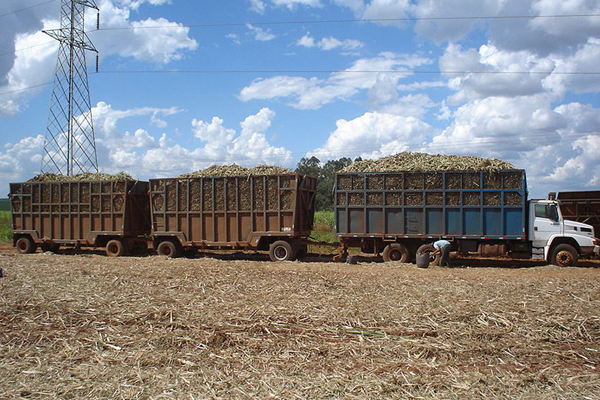 (04/24/2013) Rainforests that have been affected by even low-intensity fires are far more vulnerable to invasion by grasses, finds a new study published in special issue of the journal Philosophical Transactions of the Royal Society B. The findings are significant because they suggest that burned forests may be more susceptible to subsequent fires which may burn more intensely due to increased fuel loads.

Brazil’s success in reducing deforestation will be hard to replicate

(04/23/2013) The sharp reduction in deforestation in the Brazilian state of Mato Grosso since the mid-2000s will be difficult to replicate in other tropical countries where commodity production is a major driver in forest loss, argues a new study published in a special issue of the journal Philosophical Transactions of the Royal Society B.