The IUCN has unveiled the first iteration of its new Red List of Ecosystems, a ranking of habitats worldwide.

The Red List of Ecosystems is modeled after the IUCN’s Red List of Threatened Species, which now serves as the global standard for assessing the extinction risk of plants and animals. Like the species ranking system, the ecosystem list will identify whether an ecosystem is vulnerable, endangered, or critically endangered. The list applies across terrestrial, freshwater and marine ecosystems, potentially helping governments prioritize conservation efforts, according to David Keith, the lead author of the PLoS ONE study that lays out the criteria for initiative.

“By knowing which ecosystems are tracking well and which ones are in trouble, governments, industries and local communities will be well-positioned to make smart investment decisions for sustainable environmental management,” Keith said via a press release. 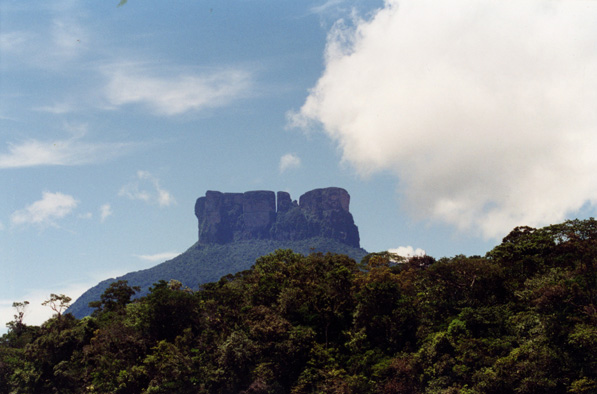 Venezuela’s unusual tepui ecosystem was assessed in the study

The criteria for the list include four “symptoms” of ecosystem risk: “A) rates of decline in ecosystem distribution; B) restricted distributions with continuing declines or threats; C) rates of environmental (abiotic) degradation; and D) rates of disruption to biotic processes.” A fifth criterion is the risk of ecosystem collapse.

The paper included a collection of 20 “case study” ecosystems. The most endangered of these is the Aral Sea in Central Asia, which has suffered from severe shrinkage and salinization, leading to species extinction and invasion by non-native species.