Microsoft is “offsetting” some of its greenhouse gas emissions by buying credits generated by a forest conservation project in Kenya.

According to TJ DiCaprio, Microsoft’s Senior Director of Environmental Sustainability, the technology giant’s carbon neutrality program is supporting the Kasigau REDD+ Project, an initiative that protects 200,000 hectares of dry forest that forms a wildlife corridor between Tsavo East and Tsavo West National Parks in Kenya.

“We’ve put a price on carbon. We have an internal carbon fee,” said DiCaprio during a presentation at the Earth Day REDD+ Talks symposium held last month. “Each of our 14 business divisions across 110 countries is now charged an additional fee that’s associated with the carbon emissions from energy consumption and business air travel.”

“We are taking action in our own way to demonstrate environmental responsibility and ask other organizations do the same thing. It’s a very simple repeatable model: putting a price on carbon, collecting the funds, driving accountability out to the different parts of the organization, and then using these funds to support projects like, Kasigau REDD+ Project. The impact on the business has been significant.”

Rainforest in Sumatra. Photo by Rhett A. Butler

The Kasigau REDD+ Project was the first to be issue Voluntary Emission Reductions (VERs) credits under the Reducing Emissions from Deforestation and Degradation (REDD+) program both the Verified Carbon Standard (VCS) and the Climate Community and Biodiversity Standard (CCB), the two leading carbon standards for certifying credits in the voluntary market. Kasigau is run by Wildlife Works, a forest carbon conservation project developer that has led a push for “premium” REDD+-based credits generated from projects that protect landscapes that are rich with wildlife and deliver tangible benefits to local people. The push, now known as Code REDD, aims to distinguish these credits from other offsets available in the market. Code REDD requires carbon project developers to sign a code of ethics as well as achieve certification under VCS and CCB. 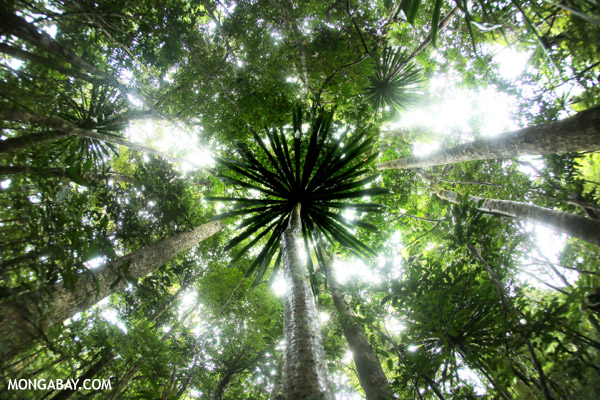 Rainforest in Madagascar. Photo by Rhett A. Butler

While the concept of reducing deforestation is widely supported, the details of REDD+ remain contentious, including concerns about shady land dealings, subsidies for logging, corruption, social conflict, finance sources, and the very premise of carbon offsets, among others. Code REDD is attempting to avoid some of the controversies by promoting voluntary (non-compliance) credits linked to social and environmental safeguards.

“Reducing your carbon footprint is not a UN obligation,” said Mike Korchinsky, Founder of the Code REDD Campaign and CEO of Wildlife Works, a REDD+ project developer. “It’s a global responsibility.” 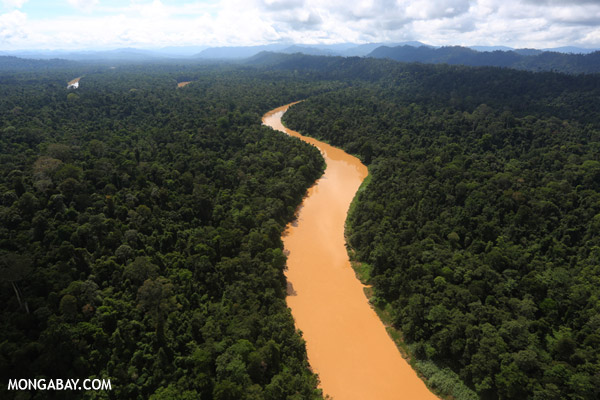 Rainforest in Malaysian Borneo. Photo by Rhett A. Butler

Microsoft announced its carbon program a year ago. It includes a carbon accounting program which applies to all its operations.

(05/07/2013) As the public comment period for California’s cap-and-trade program draws to a close, an alliance of environmental activists have stepped up a heated campaign to keep carbon credits generated by forest conservation initiatives in tropical countries out of the scheme. These groups say that offsets generated under the so-called Reducing Emissions from Deforestation and Degradation (REDD+) mechanism, will undermine efforts to cut emissions as home, while potentially leading to abuses abroad. However supporters of forest conservation-based credits say the program may offer the best hope for saving the world’s beleaguered rainforests, which continue to fall at a rate of more than 8 million hectares per year.

(11/16/2012) A conservation project in Colombia has broken new ground in the world of forest carbon credits. The project, run as partnership between an Afro-indigenous community and a Colombian company, is the first REDD+ project certified under the Verified Carbon Standard (VCS) in Colombia. More importantly, it is also the first certified REDD+ project on community-owned, collectively-titled land.