The Whitley Awards is a prestigious international prize awarded annually to individuals working in nature conservation at a grassroots level. They were first awarded in 1994 and over the past two decades, the Whitley fund for nature has given almost £10 million to conservation and recognized 160 conservation leaders in more than 70 countries.

These awards are known as the ‘Green Oscars’ and are often awarded to conservationists working in conflict-torn and developing countries. This year, the prestigious prize was awarded to Aparajita Datta’s project, “threatened hornbills as icons for the conservation of the Himalayan forests of Arunachal Pradesh, India”. Apart from walking away with £245,000 in prize money, his project has got the recognition it deserves.

Nine species of hornbills live in India and Arunachal Pradesh is home to five of those, including the globally endangered rufous-necked hornbill and the brown hornbill. The state is also home to 26 different tribes and most of them have assigned various traditional values to hornbill body parts including the beak, meat, feathers, and fat.

Poaching along with loss of habitat has made the bird extremely vulnerable. As hornbills are a mobile species, it makes them difficult to track and protect. Datta says she will use the prize money to identify hornbill nests across India and protect them. She has so far been monitoring 60 hornbill nests in Arunachal Pradesh. Now due to habitat loss, the various species of hornbills are also competing with each other for nesting sites. 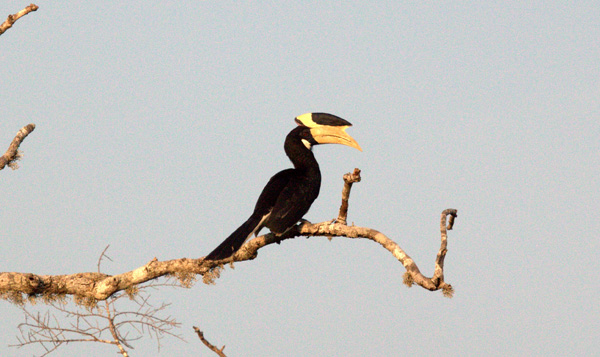 With more than 80% of its geographic area under forest cover, the state is most important for hornbill conservation in India. Datta’s project has also involved asking common people to adopt nests and so far she has found 70 donors who have ‘adopted’ nests. She says she will also use the prize money to carry out surveys in neighboring states of Assam, Meghalaya, Mizoram and Nagaland, “to access the real status of hornbills and what the ideal model to conserve hornbills outside protected areas would be.”

This year was the 20th anniversary of the Whitley Prize and it saw a huge surge in submissions. There were eight finalists this year from all over the world representing various projects including community-based sea-turtle conservation in Bangladesh, protection of the endangered great apes of Ebo forest, restoring grasslands for the coexistence of Grevy’s zebra and free-ranging livestock in Kenya, saving the Congo’s last eastern lowland gorillas and protection of the Amur river basin and wetlands in China, Russia and Mongolia.

Princess Royal Anne, presented the award to Datta at a ceremony at the Royal Geographical Society in London. “The secret of the Whitley Fund for Nature is that they find exceptional grassroots conservation leaders,” Princess Anne said. “Every winner has a close connection with their community, as well as experience and an understanding of the issues, which often relates to human-wildlife conflict, but they also know how to make an impact through practical solutions, engaging people and initiating change at government level. That’s a rare skill.”