Exposure to dangerous chemicals from toxic waste sites may be creating a public health crisis in developing countries comparable to that caused by malaria or even air pollution, a new study suggests, highlighting the urgent need to clean up toxic waste.

In a study published on Saturday in Environmental Health Perspectives, researchers calculated the number of “healthy years of life lost” due to ill-health, disability or early death in individuals at risk of exposure to chemicals at 373 toxic waste sites in India, the Philippines and Indonesia. Around 8,629,750 individuals were estimated to be at risk of exposure to toxic chemicals around the sites in 2010, and by calculating how much of these chemicals individuals were likely to be exposed to, researchers were able to determine the likely health effects.

The effects of this exposure resulted in 828,722 years of healthy life lost due to ill-health, disability or early death – or 828,722 disability-adjusted life years – the study found. A disability-adjusted life year, or DALY, is a World Health Organization measure of overall disease burden, where one DALY represents the loss of one year of equivalent full health. In the same countries used in the study, Malaria caused 725,000 DALYs, or lost years of full health, while outdoor air pollution in 2008 caused the loss of 1.4 million years, according to Dr. Kevin Chatham-Stephens, the study leader and a pediatric environmental health fellow at the Icahn School of Medicine at Mount Sinai.

“The number of DALYs estimated in our study potentially places toxic waste sites on par with other major public health issues such as malaria and outdoor air pollution which are also causing a high number of healthy years of life lost,” Chatham-Stephens said.

Lead and hexavalent chromium were the most toxic of the chemicals studied, causing the vast majority of incidents of disease, disability and mortality that researchers linked to toxic waste exposure. Lead can cause neurological, gastrointestinal and cardiovascular damage, with higher blood lead levels in children capable of causing a loss of IQ points and a higher incidence of mental retardation. High levels of chromium exposure can lead to a greater chance of developing lung cancer.

“This study highlights a major and previously under-recognized global health problem in lower and middle income countries,” said Dr. Philip Landrigan, dean for Global Health at the Icahn School of Medicine and one of the authors of the study. “The next step is targeting interventions such as cleaning up the sites and minimizing the exposure of humans in each of these countries where toxic chemicals are greatly present.” 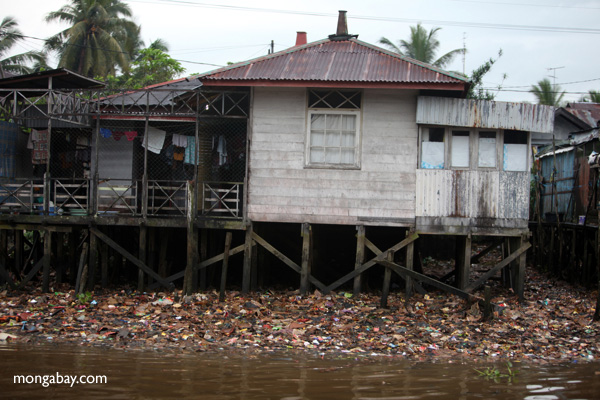 Trash along the river in Banjarmasin, Indonesian Borneo

While the study found that toxic waste sites created a significant public health risk, it also found that cleaning the sites would likely reduce this risk dramatically. In calculating the health effects and number of healthy years of life lost, researchers assumed that individuals living near the sites would be subject to a lifetime of exposure, as most low and middle income countries have no established waste site remediation programs. However the study also calculated the number of healthy years of life that would be lost in a scenario where the sites were cleaned to bring the levels of toxic substances down to international standards. Under that scenario, researchers calculated that 30,317 healthy years of life would be lost. So by cleaning the sites, the study estimates 798,405 DALYs could be eliminated, significantly reducing the public health risks.

The study, titled “The Burden of Disease from Toxic Waste Sites in India, Indonesia, and the Philippines in 2010,” was a joint research partnership between Mount Sinai and the Blacksmith Institute. Study authors Chatham-Stephens and Landrigan also released a study on Monday this week evaluating the effects of lead exposure in children living near toxic waste sites in low and middle income countries, which estimated that lead exposure could cause mental retardation in six in 1,000 children living near the sites.

In this study, also a joint research partnership between Mount Sinai and the Blacksmith Institute, researchers measured lead levels in soil and drinking water at 200 toxic waste sites in 31 countries then estimated the blood lead levels in 779,989 children who were potentially exposed to lead from these sites in 2010. 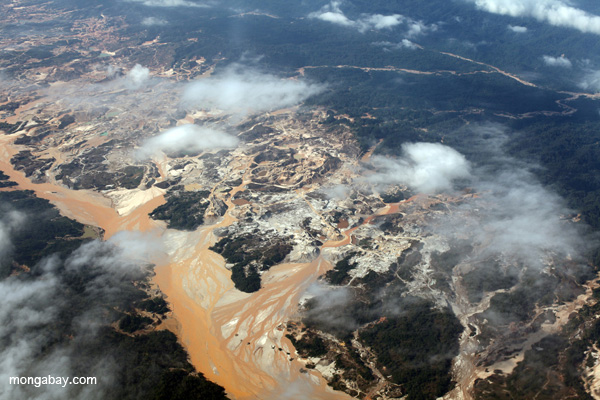 Researchers estimated blood lead levels to range from 1.5 to 104 µg/dL, with an average of 21 µg/dL in children four years old and younger. Levels this high could cause a loss of five to eight IQ points per child, the study said, in addition to the increased risk of mental retardation. American children, by contrast, have an average blood lead level of approximately 1.3 µg/dL, Chatham-Stevens said.

“On a global level, this analysis highlights the importance of assigning more public health resources to identify, evaluate and remediate lead-contaminated toxic waste sites in these countries,” Landrigan said. “In order to prevent further detrimental effects on neurodevelopment in children, these countries should create programs to identify toxic wastes and reduce lead exposure.”

The study, “The Pediatric Burden of Disease from Lead Exposure at Toxic Waste Sites in Low and Middle Income Countries in 2010,” was presented by Chatham-Stephens at the Pediatric Academic Societies annual meeting on Monday in Washington, DC.