A common little moth turns out to have the best ears in the animal kingdom. According to a new study in Biology Letters, the greater wax moth (Galleria mellonella) is capable of hearing frequencies up to 300,000 hertz (300kHz), which is 15 times the frequency humans can hear at their prime, around 20 kHz.

“We are extremely surprised to find that the moth is capable of hearing sound frequencies at this level and we hope to use the findings to better understand air-coupled ultrasound,” James Windmill co-author of the paper said. “The use of ultrasound in air is extremely difficult as such high frequency signals are quickly weakened in air. Other animals such as bats are known to use ultrasound to communicate and now it is clear that moths are capable of even more advanced use of sound.”

The researchers believe the greater wax moth, which is the only species in its genus Galleria, may have evolved such extreme hearing in order to avoid their major predator: bats. Bats use high-frequency echolocation in order to find prey, but if moths can these calls they have a better chance of escaping. Some bats are capable of making calls around 100 kHz and hearing frequencies slightly over 200kHz, which is higher than dolphins (160kHz), but still far below the greater wax moth.

Some bats are capable of hearing frequencies over 200kHz, giving an edge to any moth that can hear a bat’s echolocation in time to hide.

Windmill told the Independent that the discovery of the moth’s remarkable hearing abilities could result in better human technologies.

“I am very interested to see how the moth’s ear works generally to help make better, and smaller, microphones,” he said. “These could be put in a wide range of devices such as mobile phones and hearing aids.”

The greater wax moth, also known as the honeycomb moth, is found in Europe and Asia, but has been introduced to both North American and Australia. It can be considered a pest as it devours apiarists’ honey. 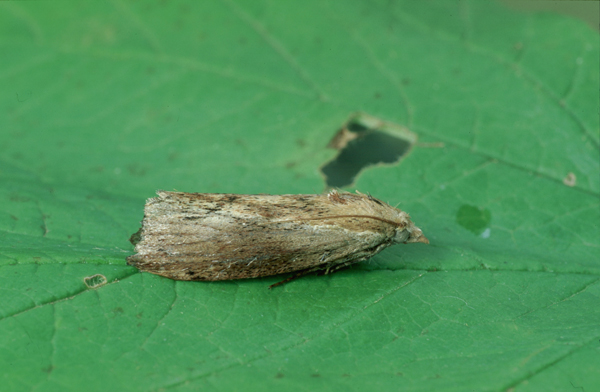 (05/02/2013) Bears do it, bats do it, and now we know lemurs do it too: hibernate, that is. Since 2005, scientists have known that the western fat-tailed dwarf lemur hibernates, but a new study in Scientific Reports finds that hibernation is more widespread among lemurs than expected. At least two additional lemur species—Crossley’s dwarf lemur and Sibree’s dwarf lemur—have been discovered hibernating. So far lemurs, which are only found on the island of Madagascar, are the only primates known to undergo hibernation, raising curious questions about the relationship between lemur hibernation and more well-known deep sleepers.