It sounds ludicrous, but it could just be true: scientists say seagulls may be responsible for hundreds of southern right whale mortalities off the Argentine coastline. Since 2003, scientists have documented the deaths of 605 southern right whales (Eubalaena australis) near Península Valdés which the whales use as a nursery. Notably, 88 percent of these were newborn calves. The death rate is so high that researchers now fear for the whales’ long-term survival.

“The southern right-whale population is still only a small fraction of its original size, and now we have reason to worry about its recovery,” Vicky Rowntree with the Ocean Alliance and the University of Utah says. “Our long-term data indicate that the Península Valdés whales were increasing steadily at close to 7% per year until recently. Elevated calf mortality is reducing that growth rate substantially (by nearly a third in one estimate). If this continues, we just don’t know what will happen.”

Scientists now hypothesize that kelp gulls (Larus dominicanus) may be behind the high death rate, since the gulls repeatedly land on southern right whales pecking at them to tear off chunks of skin and blubber for food. The evidence for this hypothesis was recently discussed by researchers at the annual conference of the International Association for Aquatic Animal Medicine (IAAAM) in Sausalito, California.

“The attacks are very painful and cause large, deep lesions, particularly on the backs of young 2-6 week-old calves. The whales flinch violently and swim away to flee from the attacking gulls,” Rowntree and Mariano Sironi, Scientific Director of the Instituto de Conservación de Ballenas in Argentina, explain. “This harassment can last for hours at a time. As a result, right whale mothers and their calves are expending much precious energy during a time-of-year when mothers are fasting and at a site where little to no food is available to replenish fat reserves. The gull harassment and the extensive wounds they make must have a very negative effect on the health and body condition of these whales and is certainly very stressful.”

In fact, a recent study in the Journal of Cetacean Research and Management found that the kelp gulls usually target mother and calf pairs. Monitoring from 1995-2008 by Rowntree, Sironi and colleagues concluded that kelp gulls attacked mother and calves 88 percent of time. The researchers also believe that gull populations are on the rise due to “refuse available from fishing boats operating at sea and at fishery and urban landfills,” according to the paper. More kelp gulls and a rising southern right whale population seems to have increased the chances of bloody encounters.

“The proportion of whales with gull marks between 1974 and 2008 increased steadily from 1% of whales in 1974 to 37.8% in 1990, 67.6% in 2000, and 76.8% in 2008,” the scientists write adding that adult whales are changing their behavior to avoid the gulls. “Adult whales have learned to reduce the likelihood of being attacked by gulls by changing their resting posture at the surface, arching their backs to keep them underwater.”

Although the scientists aren’t yet ready to declare that kelp gull attacks are the smoking gun behind the high mortality rate, disease and toxins have largely been ruled out by autopsies on the whale’s bodies. Whatever is causing the mass deaths, scientists say time is running out as each year more whales are found dead.

“The current mortality of southern right whales at Península Valdés is unparalleled at a global scale. No other right whale population is losing so many calves each season,” notes Frances Gulland, with The Marine Mammal Center in Sausalito and host of the IAAAM Meeting.

The southern right whale is currently listed as Least Concern by the IUCN Red List after populations began to slowly rebound once hunting right whales—which includes three species—was banned in 1937. Right whales were so named because they were the “right” whales to target in the whaling industry. 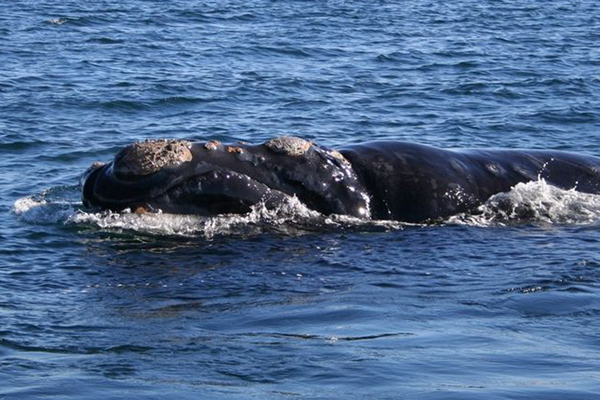 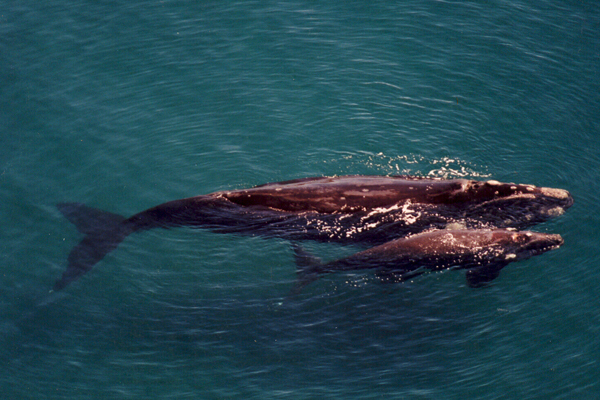 (08/07/2012) The New Zealand government’s recent efforts to protect the world’s smallest dolphin have come under scrutiny from various conservation organizations at the 64th meeting of the International Whaling Commission (IWC). There are only 55 Maui dolphins (Cephalorhynchus hectori maui) now found on the west coast of New Zealand’s North Island, less than half the 2005 population with numbers continuing to decline. Less than 20 of the remaining Maui’s are breeding females and their slow reproductive rates make it difficult to increase their numbers when faced with an even bigger danger: fishing nets.