Little is known about the silver dik-dik (Madoqua piacentinii) population that roams the dense coastal bushlands of eastern Africa, but experts are working to learn more about the mysterious species.

Weighing little more than a domestic cat, the small antelopes are found in a long, narrow coastal strip spreading across 250 kilometers (155 miles) from Somalia’s capital of Mogadishu north to the port town of Hobyo. This coastal strip is known as the Hobyo Grassland and Shrubland eco-region, according to the WWF.

The eco-region features white and orange sand dunes and endemic species of birds, mammals and reptiles, but political instability has left this area largely unexplored by scientists. Of the four recognized dik-dik species scientists understand silver dik-diks the least.

“We know very little about the actual silver dik-dik distribution in the Horn of Africa,” Giovanni G. Bellani told mongabay.com. As a natural scientist, Bellani studies the zoology and biodiversity of tropical ecosystems, particularly in Africa. “We do not know its ecology, its behavior or its biology.” 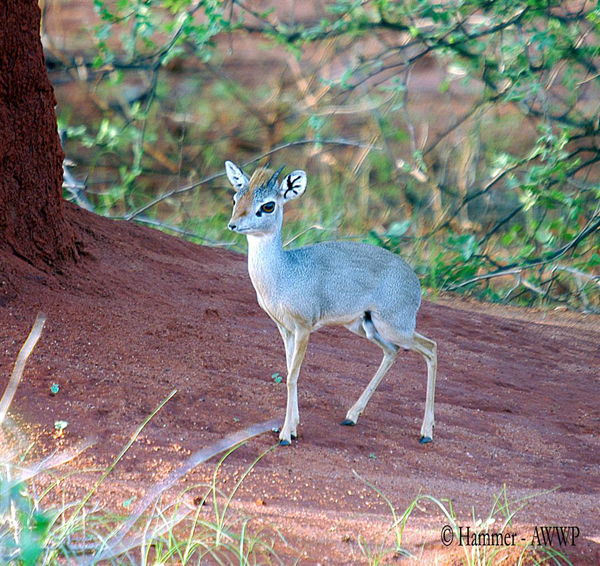 Initially thought to be the same species as the Salt’s dik-dik (Madoqua saltiana), silver dik-diks were classified as a separate species in 1978 based on its consistently smaller size, uniform silvery coat color and the length of the upper tooth row.

Bellani and other scientists are analyzing the physical characteristics of silver dik-diks to further distinguish them from the look-alike Salt’s dik-dik species. The team looked at the differences in coat color and size by examining original photos, skins from the Museum of Zoology and Natural History (La Specola) in Italy, and specimens from the Faraggiana-Ferrandi Museum of Natural History collection, also located in Italy. Bellani published a report of this analysis in the Gnusletter, the bi-annual journal of the IUCN/SSC Antelope Specialist Group (ASG).

All dik-diks have large dark eyes ringed by white hair, and a thick tuft of hair sticks up between the short horns of the males. The group found several distinctive features among silver dik-diks, including size. Silver dik-diks are consistently smaller than the other species, with smaller ears and a less distinct white circle around the eyes. In addition, silver dik-dik individual hairs are black at the tip, followed by a creamy-colored band, then dark brown tinged with red. These alternating bands of light and dark color never exceed 5 millimeters (0.2 inches), but the alternating bands of Salt’s dik-diks often exceed this length, according to the report.

“I hope a detailed DNA analysis and comparison of the silver dik-diks and Salt’s dik-dik will be done to better understand their genetic relationship,” Bellani said.

Scientists also know very little about the actual distribution and population size of silver dik-diks. Scientists originally thought silver dik-diks were limited to Somalia’s coast, but the antelope was recently photographed in the Ogaden region of Ethiopia, which shares a border with Somalia.

In 1999, scientists estimated the population of the silver dik-dik to be 30,000. Even with the new knowledge of their expanded distribution this number may be an overestimate, according to the IUCN Red List. The species is labeled Data Deficient due to a lack of available information.

“The trend of the population size is not precisely known, but it is undoubtedly decreasing,” Bellani said. “The silver dik-dik population lives in areas that are not protected.”

The creatures are often hunted for their highly valued skin and the male’s horns are exported or used to make keychains, Bellani said. Silver dik-diks are also sold live and used to train hunting falcons due to their small stature.

The species may also be experiencing habitat destruction. Years of political unrest due to volatile instability and ongoing conflict in Somalia has created more human activity along the coastal habitat.

“Establishing its actual distribution and population size is urgently needed,” Bellani said. “But field surveys are likely to remain impractical for the near future.” 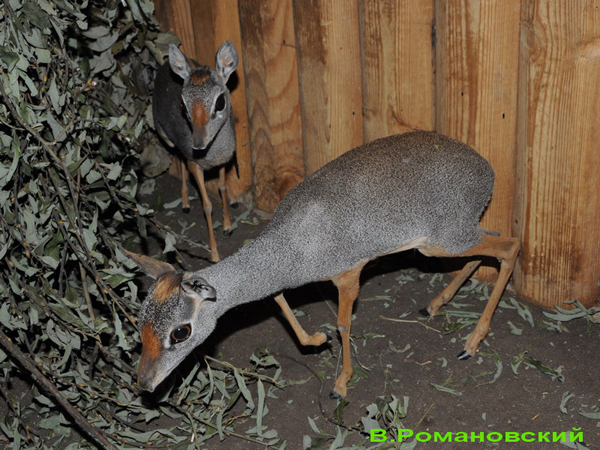 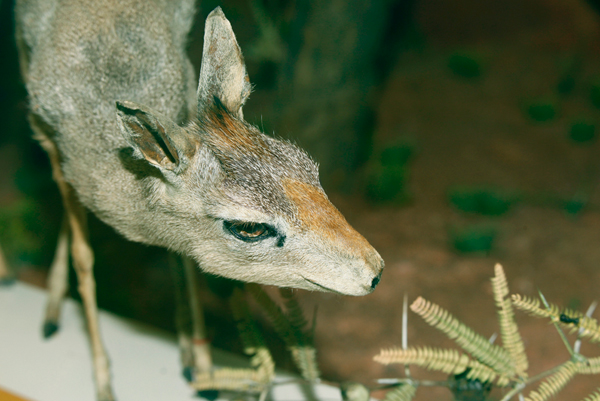 (04/17/2013) A participatory forest management (PFM) program in Ethiopia has made good on forest preservation and expansion, according a recent article and video interview (below) from the Guardian. After 15 years, the program has aided one community in expanding its forest by 9.2 percent in the last decade, while still allowing community access to forest for smallscale logging in Ethiopia’s Bale Mountains.

(12/10/2012) Bushmeat consumption, or “wildlife hunted for human consumption,” poses a significant threat to wildlife conservation all across the globe. But in Eastern Africa—where savannah grasslands flourish and big game roam free within ‘protected’ reserves—one may be forgiven to think that poaching does not occur here: but it does.