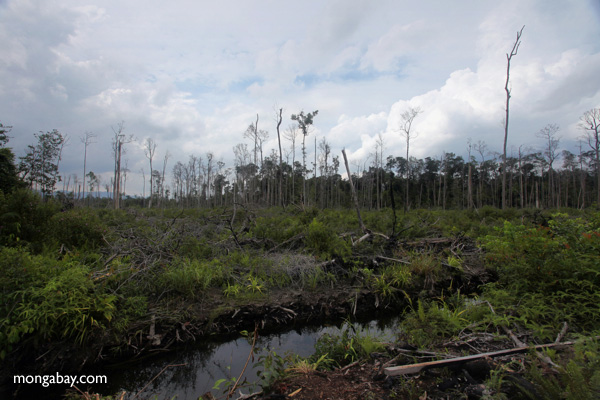 From 2004 to 2010, book publishers increased their use of recycled fiber by nearly five times, from 5 percent to 24 percent on average, according to a new report by the Book Industry Environmental Council (BIEC) and Green Press Initiative. The report, which depends on voluntary statistics from the book industry, also found that nearly all (89 percent) of book publishers have environmental policies.

“[The report] tells a story of a collaborative effort in which U.S Book Publishers, Print Suppliers, Paper Suppliers, Retailers and ENGO’s have together effected measureable, important change,” Bill Rojack, who chairs the BIEC tracking committee, said in a statement. “At the same time, this report provides a framework to track progress going forward. It’s a great start and an important tool that we hope the industry will embrace going forward.”

The publishing industry has been hit by scandal in recent years as activist groups such as the Rainforest Action Network and Greenpeace have connected some publishers to the destruction of rainforest in Indonesia. The fallout led to many top publishers in the U.S. to establish environmental and sustainability policies.

The report, dubbed Book Industry Environmental Trends, also found that book publishers are also turning more toward certification programs, such as the Forest Stewardship Council (FSC) and the Sustainable Forestry Initiative (SFI). From 2002 to 2010, paper certified by the FSC has jumped from less than 5 percent to 16 percent. However both FSC and SFI have been criticized by some environmental groups for dependence on old-growth forests as well as monoculture plantations.

But the rising use of recycled fiber has probably had the most environmental benefit: 5.25 million trees were saved and greenhouse gas emission were reduced by 1.02 million metric tons.

Still the report warns that its findings are limited by publisher responses. In all responses accounted for around 44 percent of the paper consumed by the book industry.

(03/27/2013) Less than two months after its implementation, two Asia Pulp & Paper (APP) suppliers in Indonesian Borneo have been accused of violating the company’s new sustainability policy, which includes a zero deforestation commitment throughout its entire supply chain.

Monthly updates to track APP’s progress on ‘no deforestation’ policy

(03/21/2013) The Forest Trust (TFT), the NGO that brokered Asia Pulp & Paper’s no deforestation commitment in February 2013, will produce monthly updates on Indonesian forestry giant progress toward avoiding conversion of natural forests and reducing social conflict with communities. The reports aim to both allay fears among some environmental groups that APP will not respect the commitment and advance the paper producer’s goal of eliminating rainforest and peatland destruction from its supply chain.

APP conservation policy came after it pulped most of its forests

(03/19/2013) Asia Pulp & Paper’s widely heralded forest conservation policy came after the forestry giant had already cleared nearly all of the legally protected forests within its concessions in Sumatra, alleges a new report published by Greenomics, an Indonesian environmental group.

Is APP deal a sign of a changing forestry sector?

(02/15/2013) Asia Pulp & Paper (APP), one of the world’s largest paper companies, announced earlier this month that it will no longer cut down natural forests in Indonesia and will demand similar commitments from its suppliers. The announcement was received with guarded optimism by Greenpeace, Rainforest Action Network, World Wildlife Fund, and other NGOs who have waged a persistent campaign to change APP’s forest policies.