Conservationists and officials meeting last month at a rhino crisis summit in Singapore agreed to a radical plan to loan Sumatran rhinos between nations if it means saving the critically endangered species from extinction.

The proposal, which could still be thwarted by red tape and political opposition, could lead Malaysia to send some of its Sumatran rhinos to semi-captive breeding facilities in Indonesia.

“I will bring to my government for approval whatever I and other Sumatran rhino experts feel are the best recommendations for specific actions. If that involves a recommendation to loan rhinos between nations, so be it. This is our very last chance to save the species, and we must get it right this time,” said Laurentius Ambu, Sabah Wildlife Department, in a statement issued after the conclusion of the conference. “While doing that, we are at the same time maximising our efforts via parallel initiatives by collaborating with overseas reproductive experts on different options available to us since time is not with us.”

“Indonesia will collaborate with Malaysia to achieve this goal,” added Novianto Bambang Wawandono, Director for Biodiversity Conservation in the Directorate-General for Forest Protection and Nature Conservation of Indonesia. 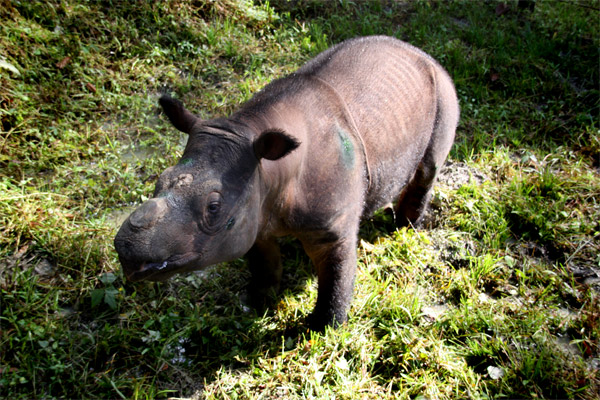 The population of Sumatran rhinos has declined precipitously in recent years and is now estimated at less than 100 individuals scattered across forests in Sumatra and Borneo. While habitat loss and poaching have historically been the biggest threats to the species, today the largest challenge for wild Sumatran rhinos may be in finding a mate since population densities are so low. Therefore some conservationists believe aggregating rhinos in reserves that are strictly protected may be the best hope for the species. Efforts to facilitate breeding might also be necessary to accelerate the rhino’s recovery, according to some experts.

“With a species so close to the edge, extinction is guaranteed without two essential elements of human effort. One is to have full and open collaboration between the relevant governments, so that decisions are made on the basis of best scientific advice rather than on nationalism or pride. I think such an intent was achieved at the Summit,” said John Payne, executive director of the Borneo Rhino Alliance (BORA), which conceptualized and organized the summit with a dozen other groups involved in rhino conservation. “The other is that all possible advanced reproductive technologies are used to boost rhino births, and that we do not just rely on natural breeding, which will be too slow to halt the trajectory towards zero rhinos.”

Payne added that zoos could play an important role in the process, especially under a scenario where “Sumatran rhino embryos [are] implanted into surrogate mother rhinos of other species in zoos” rather than an approach that removes rhinos completely from the wild. A three-decade effort to increase Sumatran rhino populations by taking them from the wild and establishing captive populations in zoos has underperformed, yielding only a handful of offspring.

Conservationists fear that given current trends, the Sumatran rhino doesn’t have another 30 years without urgent action.

“Here we have a species creeping into extinction before our eyes. Commitments were made this time that we cannot leave this magnificent animal to exhaust its struggle for existence at the behest of time,” said BORA chairman Abdul Hamid Ahmad. “We need speedy action, and we want to see this happening now.” 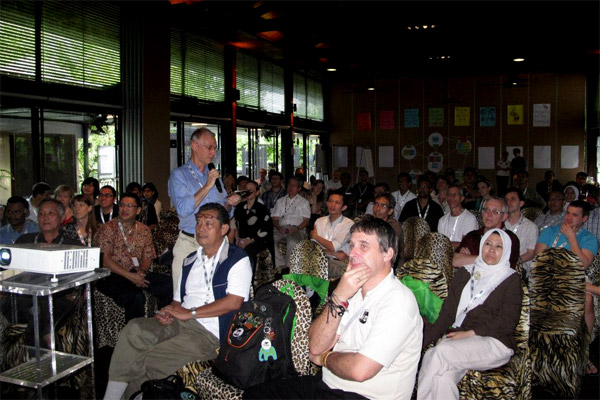