How many animal individuals are needed to ensure a species isn’t doomed to extinction even with our best conservation efforts? While no one knows exactly, scientists have created complex models to attempt an answer. They call this important threshold the “minimum viable population” and have spilled plenty of ink trying to decipher estimates, many of which fall in the thousands. However, a new study in Conservation Biology shows that some long-lived animals may not need so many individuals to retain a stable population.

Looking at the Critically Endangered bog turtle (Glyptemys muhlenbergii), scientists estimated that this small, imperiled turtle in the U.S. could survive with only a few dozen individuals. In fact, using years of field data and modeling, the researchers conducted what’s known as a Population Viability Analysis (PVA) and found that the bog turtle requires as few as 15 breeding females to have a 90 percent chance of surviving for 100 years. Still, this doesn’t mean that estimates for the bog turtle should be considered a model for other species.

“I don’t want to propose a new generic minimum viable population (MVP) threshold or to claim that any species can be considered ‘secure’ with only 50 individuals,” lead author Kevin Shoemaker with the State University of New York College of Environmental Science and Forestry told mongabay.com. “My main point is that very small populations of long-lived species like the bog turtle can be surprisingly resilient. As a consequence, the preservation of small fragments may constitute a useful conservation strategy for some long-lived species.”

He adds that this may mean that some species do not require “conservation triage” even if they have a tiny population. Conservation triage refers to a controversial argument that given the scale of the global biodiversity crisis—and the lack of resources—scientists should determine which species would most likely benefit from targeted conservation efforts while allowing other species to go extinct without action. One popular example is whether conservationists should work to save pandas, given the amount of money, time, and resources it’s taking them to keep them from disappearing.

But Shoemaker says, “Small populations should not necessarily be subjected to [conservation] triage, as suggested by typical MVP thresholds,” which usually number in the thousand. He adds that “with limited resources and staggering numbers of populations and species in decline, there will always be a need for triage. However, we need to be very careful in making triage decisions based on generic rules of thumb.”

Still Shoemaker’s study comes with a caveat. The scientists did not look into how inbreeding, and resulting genetic problems, could imperil the bog turtle.

“This is an important point, and a major limitation of our methods,” he says, adding that he and his team have another paper coming out on this topic. “Populations of approximately 10 adults or fewer seem to have substantially reduced genetic diversity compared with larger populations (of 20-60 individuals). This suggests that genetic drift may be eroding genetic diversity in very small populations, even despite occasional exchange with nearby populations. In general, the strategy of preserving small and fragmented populations is likely to be most successful in a metapopulation context; that is, if genetic connectivity can be maintained via management or occasional translocation.”

However, the fact that the bog turtle could survive in the longterm with less than a hundred animals should not be entirely surprising as there are several real world examples where conservationists have been able to bring a species back from the brink of extinction when its population fell to seemingly perilous levels. In the 19th Century, white rhino populations dropped to around 100 animals; today there are about 17,500. The blue iguana has come back from 10-25 individuals to 400 today. The Arabian oryx came back from being extinct in the wild to around 1,000 today, using just a seed population of less than a dozen captive animals.

While the best case-scenario may to be conduct Population Viability Analysis (PVA) for every endangered species, Shoemaker says this is unlikely anytime soon.

“PVA models are very data-intensive, and rigorous long-term data are often not available for at-risk species (which has motivated the need for general rules-of-thumb or guidelines for minimum viable population (MVP)that apply across species),” he explains. “Other scientists have used population genetics to derive simple rules of thumb for the minimum population size necessary to avoid deleterious inbreeding effects or the loss of evolutionary potential.” 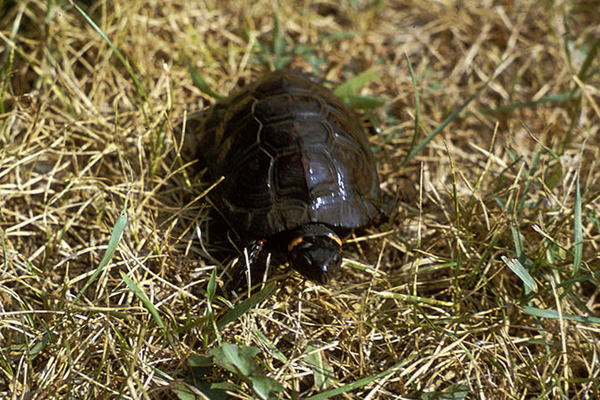