In November 2012 I had an amazing opportunity to do a flyover of parts of Sabah in Malaysian Borneo. We went from Sandakan to the Danum Valley Research Center, flying over extensive oil palm plantations, logging areas, and stunning forests. Much of the area consisted of the Yayasan Sabah concession, a massive government-controlled forestry zone that I wrote about for Yale e360 piece and a Mongabay.com feature.

During the overflight I took more than 3,000 photos, some of the best of which I have posted in a KML file (1.4MB) that can be viewed in Google Earth. There is also a Google Maps version if you don’t feel like using Google Earth. (However the Google Earth version is much better!) 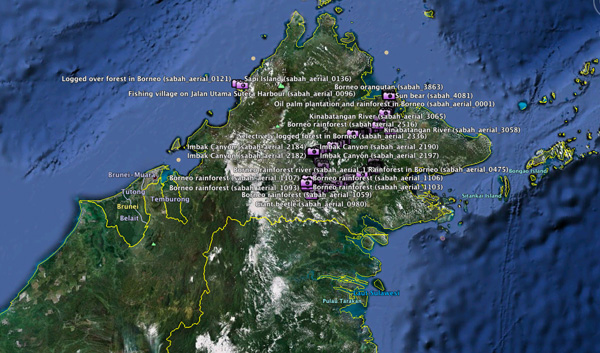 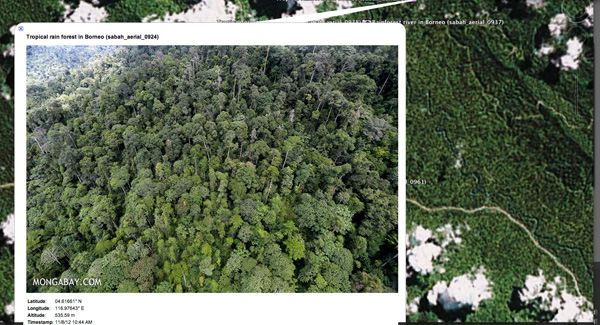 Screen capture from the Google Earth KML. Click either image to enlarge.

The KML also includes some photos from the ground at sites in Danum Valley, along the Kinabatangan River, and outside of Kota Kinabalu.

The medium-term plan is to geotag more Mongabay photos and embed them in maps. This map is only a first step — I expect next iterations of these maps to be more feature-rich, including easier navigation and perhaps even animated flyovers. In the meantime, let me know your thoughts on this approach to displaying my images.