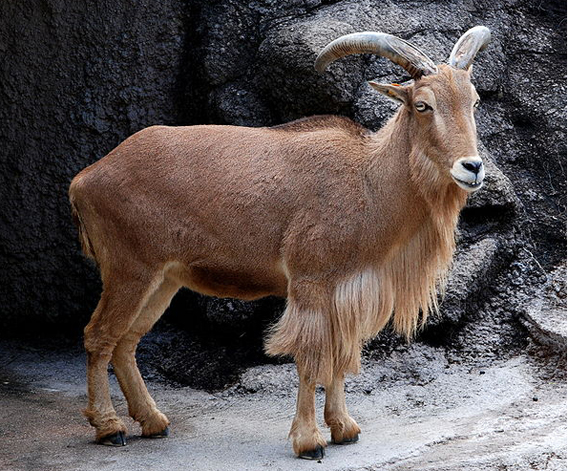 The Barbary sheep (Ammotragus lervia), or aoudad, is a goat-antelope found in northern Africa. It is currently listed as Vulnerable by the IUCN Red List, with populations imperiled by hunting, habitat loss, and competition with livestock. Still little is known about its remaining population, prompting scientists in Mexico to test possible assisted reproduction of captive individuals. Through techniques used on other ungulates, the researchers successfully obtained five Barbary sheep embryos, which were then frozen for future reproduction, according to a new paper in Tropical Conservation Science.

“We explored the feasibility of assisted reproduction in captive aoudad females using non-traditional techniques, in order to obtain the best results using the minimum possible number of animals,” the researchers write.

The scientists worked with five Barbary sheep at Leon’s Zoological Park in Mexico. They caused the females to produce eggs by stimulating hormones and then obtained the eggs via surgery. Embryos were frozen using a device dubbed Cryotop®.

“Considering the uncertainty of the conservation status of the population of aoudad subspecies in situ and the possible need for intensive actions for the recovery of the natural populations in the near future, this study established the basis of a successful protocol that can help in intensive actions for its conservation,” the researchers write.

They recommend new surveys of Barbary sheep in Africa to determine the state of the wild population and a willingness to use assisted reproductive techniques in order to boost the species’ numbers if necessary.

Photos: one of the world’s rarest turtles hatches at the Bronx Zoo