A new species of caecilian – a worm-like amphibian – has been discovered in the rainforests of French Guiana.

The new species is called Microcaecilia dermatophaga or ‘little skin-eating caecilian’ in reference to the feeding habits of young caecilians, which peel and eat their mother’s skin. The mother isn’t injured by this process — she grows an extra layer of fat-rich skin during this phase of development. Adult caecilians feed on termites and earthworms and spend most of their time living underground or in leaf litter in tropical regions. 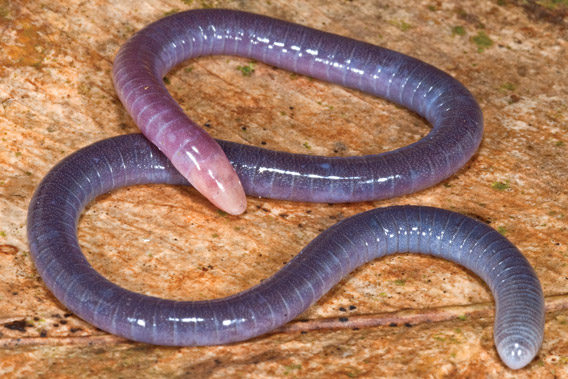 Little else is known about the new species, which is related to Atretochoana eiselti, the so-called “penis snake” — also a type of caecilian — that turned up in an Amazon river tributary last year when engineers were draining a tributary of the Amazon for the construction of a hydroelectric dam. Almost nothing is known about Atretochoana eiselti other than it is aquatic and can reach a length of at least 75 cm (30 inches). 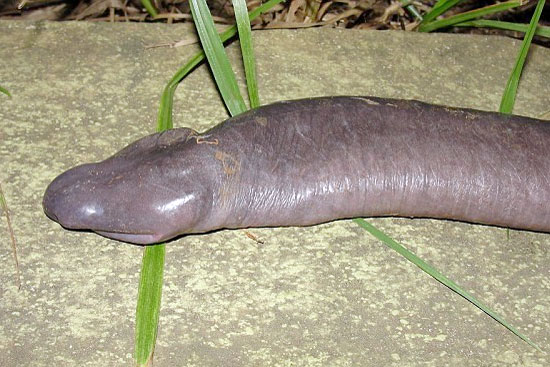 Another caecilian, Atretochoana eiselti, turned up last year. Observers immediately noted its resemblance to a part of the male anatomy. Photo by Matt Roper

Microcaecilia dermatophaga is the first caecilian to be discovered in French Guiana in 150 years.

The new species is described in the journal PLoS ONE. 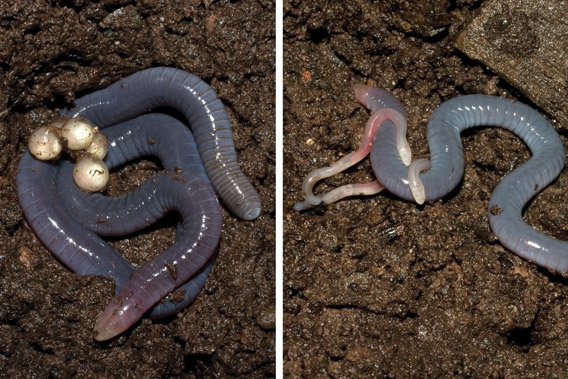 Presumed mother with a connected string of five eggs (left) and with two hatchlings during the period of extended post-hatching parental care and maternal dermatophagy (right). Courtesy of Wilkinson et al. (2013) 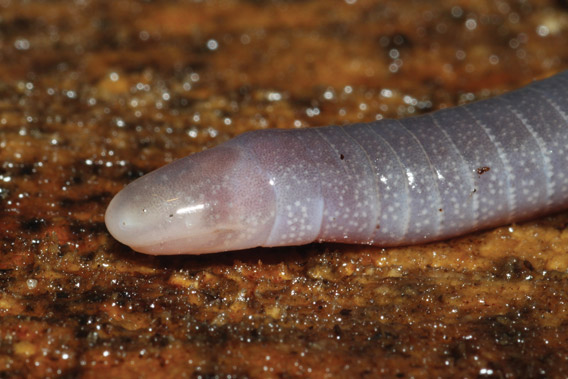 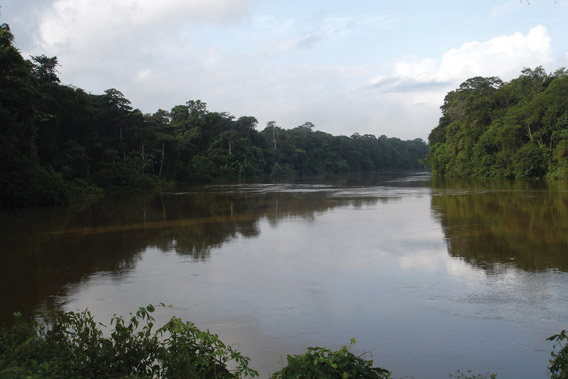 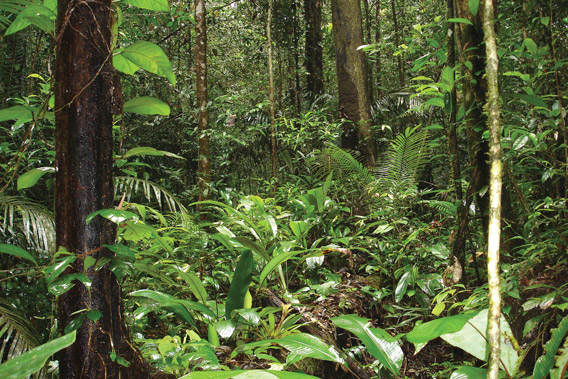 Forest habitat of Microcaecilia dermatophaga near the Mana River at Angoulême, French Guiana.