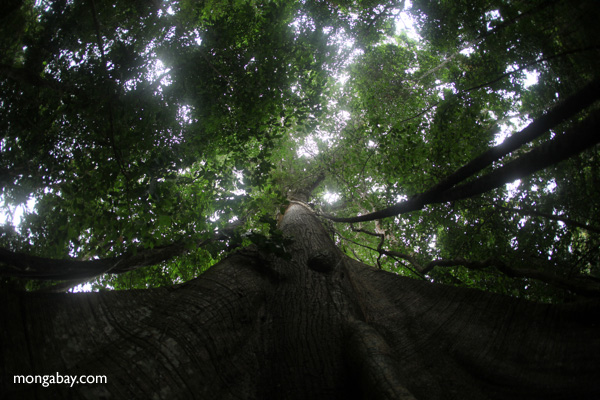 The National Coordinator of Indigenous Peoples in Panama (COONAPIP) has announced it is withdrawing from the United Nation’s REDD+ program following a series of disagreements. The exit of COONAPIP from the negotiating table with UN officials and the Panamanian government will likely be a blow to the legitimacy of REDD+ in the central American country. REDD, or Reducing Emissions from Deforestation and Degradation, is a program to reduce emissions by safeguarding forests.

In a statement COONAPIP alleges that UN REDD and the Panamanian government “have appeared to marginalize the collective participation of the 7 indigenous peoples and 12 traditional structures that make up COONAPIP” and put “legal and administrative obstacles in the way” of the organization’s full participation. Indigenous groups in Panama, which make up over 5 percent of the population, occupy around 31 percent of the nation’s land, making them a major negotiator on land use issues.

“[The] dialogue with the UNREDD Program is stalled, and there are no clear sights of serious commitment to establish a relationship of cooperation,” the statement goes on. COONAPIP has expressed frustration with the process since 2009 and last year complained that the UN had not delivered on promised funds.

The organization concludes that the REDD program in Panama “does not guarantee respect for indigenous rights, nor the full and effective participation of the indigenous peoples of Panama in all of its stages and implementation.”

COONAPIP’s statement also warns indigenous groups worldwide to be “cautious” of UN REDD+ so they are not “tricked.”

In a response letter from UN REDD the organization says its moving to address COONAPIP’s allegations.

“The UN-REDD Programme is taking immediate action to respond to the concerns raised by COONAPIP; this will include a proposal for independent mediation as well as the immediate implementation of the planned independent mid-term evaluation to assess the National Programme in Panama.”

How to integrate REDD+ programs with indigenous groups worldwide has proven one of many sticking points on the fledgling program.

(12/18/2012) Two Latin American companies have won the WWF Switzerland Tropical Forest Challenge, a competition that aims to highlight and support for-profit entities that have a positive impact on conserving tropical forests.

(12/13/2012) Researchers in Panama have published the results of the most comprehensive survey of arthropods in a small area of tropical rainforest. At a high level, the findings surprise no one: the Panamanian rainforest is full of insects, spiders, and crustaceans. Yet the results also show how little is known about this large group of organisms — 60-70 percent of the species are thought to be new to science.