A palm oil producer has leveled some 7,000 hectares of rainforest in the Peruvian Amazon, highlighting the risks of oil palm expansion in the world’s largest tropical forest, reports El Comercio.

Between 2005 and 2011, Grupo Romero, a Peruvian conglomerate, converted thousands of lowland rainforest for three oil palm plantations in northeastern Peru despite a Ministry of Agriculture recommendation that palm plantations be developed on non-forested lands. Grupo Romero is now under investigation by Peruvian authorities, for violating article 310 of the country’s criminal code, according to El Comercio. The company’s activities have been documented with photographs and satellite imagery, refuting Grupo Romero’s claims that it has only been planting land that had been deforested long ago. 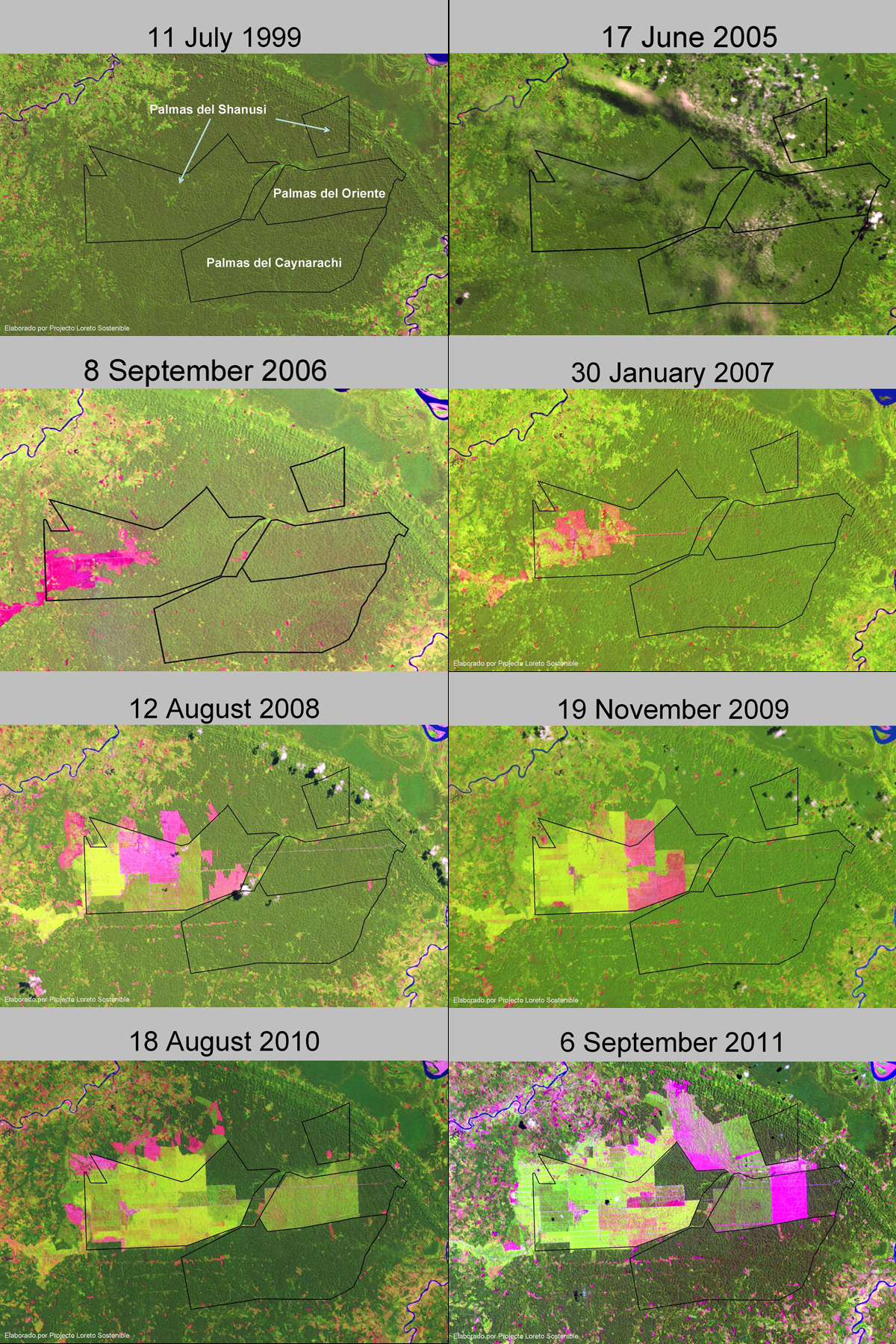 “Those planning to raze the Amazon forest for industrial oil palm plantations should be on notice,” Clinton Jenkins, a GIS-expert at North Carolina State University, told mongabay.com. “We can see everything they do from space, and so they will be exposed when they lie.”

The report comes a year after a study published in the journal Environmental Research Letters found that 72 percent of oil palm expansion in the Peruvian Amazon since 2000 has come at the expense of forest. The study concluded that expansion into forest areas was more common with industrial plantations like those run by Grupo Romero, rather than low-yield plantations established by smallholders.

The findings fuel concerns that oil palm expansion in the Amazon could take an increasing toll on the region’s rainforests. Some had pinned hopes on limiting oil palm expansion to low-yielding degraded pasture — the approach to date with big producers in neighboring Brazil — but that is so far not the case in Peru, which has seen a sharp increase in deforestation in recent years. Palm oil production in Indonesia and Malaysia is one of the biggest drivers of deforestation in that part of the world.

In a global context, Peru is still a minor palm oil producer, missing the ranks of the world’s top 25 producers. But over the past decade, the government has boosted incentives for production, including tax breaks and a biofuel target. The high profitability of the crop means expansion is expected to continue.

(01/10/2012) Intensive palm oil production is expanding at the expense of biolologically-rich lowland rainforests in the Peruvian Amazon, reports a study published in Environmental Research Letters. The research indicates that enthusiasm for oil palm — one of the world’s most lucrative crops — is taking a toll on forests outside of Southeast Asia, where the vast majority of palm oil is produced.