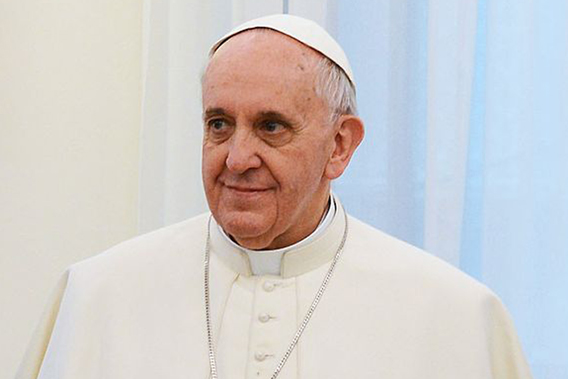 In his first homily as the new pope, Francis I spoke of the need to act as protectors both for the environment as well as for the poor and weak. With his focus on the environment the new pope echoes both his namesake, Saint Francis of Assisi, as well as the previous pope, Benedict XVI who championed environmental causes from climate change to biodiversity as crucial to the Catholic religion.

“Please, I would like to ask all those who have positions of responsibility in economic, political and social life, and all men and women of goodwill: let us be ‘protectors’ of creation, protectors of God’s plan inscribed in nature, protectors of one another and of the environment,” Pope Francis I said during his homily at his first mass in St. Peter’s Square. It was estimated that 20,000 people attended.

Pope Francis I has been said to set a new tone in the Vatican already by employing a simpler, less ornate style. The new pope, perviously Jorge Mario Bergoglio, elected on February 28th is the first to come from the Americas (Argentina), the first from the Southern Hemisphere, and the first Jesuit. Bergoglio was elected after Pope Benedict XVI resigned from his post due to failing health and old age, the first pope to do so in nearly 600 years.

Although little reported, Pope Benedict XVI pushed for a new focus on environmental issues in the Catholic Church, often linking environmental degradation to western materialism. He said in 2008 that fighting climate change was a “moral obligation” and a year later announced that “creation is under threat.” During his tenure, solar panels were installed on the Vatican.

“Perhaps reluctantly we come to acknowledge that there are also scars which mark the surface of our earth: erosion, deforestation, the squandering of the world’s mineral and ocean resources in order to fuel an insatiable consumption,” Benedict XVI said in March of 2008.

Yesterday, the new pope used the story of Joseph, father of Jesus, to outline the role of the protector in the Christian tradition.

“It means protecting all creation, the beauty of the created world, as the Book of Genesis tells us and as Saint Francis of Assisi showed us,” Pope Francis I declared. “It means respecting each of God’s creatures and respecting the environment in which we live. It means protecting people, showing loving concern for each and every person, especially children, the elderly, those in need, who are often the last we think about.”

He added that special attention must be given to “the poorest, the weakest, the least important, those whom Matthew lists in the final judgment on love: the hungry, the thirsty, the stranger, the naked, the sick and those in prison.”

Pope Francis I’s homily was met with approval by the head of the UN’s Food and Agriculture Organization (FAO) who attended the mass.

“The support of the Vatican and other religions is indispensable in our bid to eradicate hunger, build a sustainable future, and improve the lives of the most vulnerable among us,” Mr. Graziano Da Silva said. “These efforts not only make political and economic sense, but morally they are also the right thing to do.”

Francis I also stated that taking on the role of protector was more than just a Christian tradition, but a human one.

“The vocation of being a ‘protector,’ however, is not just something involving us Christians alone; it also has a prior dimension which is simply human, involving everyone,” he noted, adding that, “whenever human beings fail to live up to this responsibility, whenever we fail to care for creation and for our brothers and sisters, the way is opened to destruction and hearts are hardened.”