Is hemp the silver bullet for fighting climate change and creating green jobs?

Though Obama has frequently spoken of the need for more “green jobs,” he has failed to acknowledge the inherent environmental advantages associated with a curious plant called hemp. One of the earliest domesticated crops, hemp is incredibly versatile and can be utilized for everything from food, clothing, rope, paper and plastic to even car parts. In an era of high unemployment, hemp could provide welcome relief to the states and help to spur the transition from antiquated and polluting manufacturing jobs to the new green economy. What is more, in lieu of our warming world and climate change, the need for environmentally sustainable industries like hemp has never been greater. Given all of these benefits, why have Obama and the political establishment chosen to remain silent?

The explanation has to do with retrograde and backward beliefs which have been hindering environmental progress for a generation. A biological cousin of marijuana, hemp contains minute amounts of THC or tetrahydrocannabinol (THC), a psychoactive chemical. Even though advocates say one would have to smoke huge amounts of hemp to get high, the plant occupies a highly dubious legal status in the U.S. During the 1970s, Congress declared hemp a “Schedule I” drug under the Controlled Substances Act, ridiculously lopping the plant in the same category as heroin. Though the authorities allow farmers to petition the federal government to grow hemp, the Drug Enforcement Administration or D.E.A. has proven incredibly resistant to such licenses and for all intents and purposes the crop has remained illegal [ironically enough, however, the U.S. imports many hemp-related products from abroad].

On the other hand, tectonic political and cultural change may provide some reason for optimism. Last fall, Washington state and Colorado legalized marijuana which has in turn exerted pressure on the Obama administration. As I discuss in a recent article, surprisingly diverse social constituencies supported the ballot initiatives, which suggests that the political tides may be turning [in Latin America, too, public sentiment seems to have soured on Washington’s unpopular drug war].

In moving to legalize marijuana, Colorado also passed hemp legalization though the D.E.A. must still grant permission to farm the crop. Colorado joins a growing number of states which are moving on hemp legislation, though such measures are hardly uniform. Some states have authorized the study of industrial hemp as an industry, while others have simply asked the Feds to relax draconian drug laws. Some, however, have legalized hemp production just like Colorado.

This in turn raises the question of whether the Obama administration might actually conduct raids on local farms in an effort to crack down on the crop. Perhaps, such a scenario will never come to pass since change has even come to Capitol Hill: recently, a bipartisan group ranging from liberal Democrat to right-wing Republican reintroduced legislation which would require the federal government to respect state laws allowing for the cultivation of hemp. 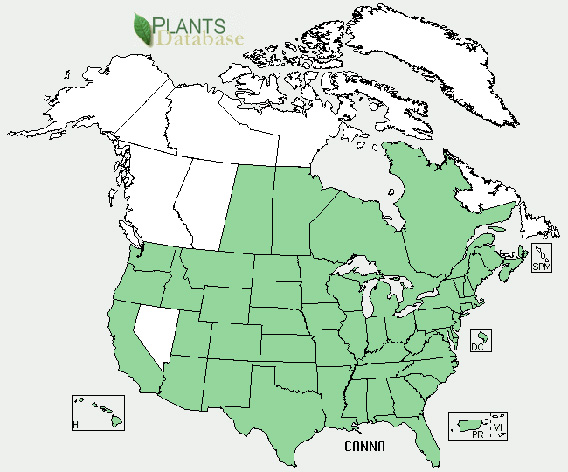 Could hemp help to bring back sorely needed employment in the American heartland? That is the hope in Kentucky, which had a booming hemp industry as recently as World War II. Somewhat outlandishly, Kentucky Republican Senator Mitch McConnell no less has remarked “the utilization of hemp to produce everything from clothing to paper is real, and if there is a capacity to center a new domestic industry in Kentucky that will create jobs in these difficult economic times, that sounds like a good thing to me.”

In Colorado meanwhile, hemp boosters are hoping that the once taboo crop could help the local economy. Indeed, hemp production might provide the state with new jobs and tax revenue. Colorado farmers believe that their state could lead the way in this new, innovative field and some even hope to turn their crop into edible oil. Trendy food markets in Boulder are already carrying a number of products made out of hemp ranging from soaps to lotions and even protein powders. Perhaps, Colorado farmers will one day turn out “Hemp Hearts,” a new product made out of the partially shelled seed of the plant. Boosters say Hemp Hearts, which don’t have an overly assertive taste, can be spread over cereal or yogurt.

Not to be outdone, manufacturers in Oregon hope that hemp will help to revive flagging industry. Oregon has been hard hit by the economic downturn, and hemp boosters say the crop could assist in the production of everything from bio-plastics to sustainable construction materials to bio-fuels. Some envision a scenario in which hemp farmers sell their crop to bio-fuel refineries and budding green-building entrepreneurs. Just across the border in California, meanwhile, farmers hope that hemp fiber may help to spur the growth of a budding textile industry.

From New Vehicles to Masonry to Textiles and Petrochemicals

If such claims regarding hemp’s transformative properties were not enough, advocates also envision nothing less than the end of the petrochemical industry as we know it. From shoes to sofas to cars and even planes, many of the common materials that we use today are derived from petrochemicals. Hemp on the other hand is a versatile fiber and could be employed in everything from the construction of tractor hoods to shields to cabs.

At one time, none other than Henry Ford produced a car whose frame was partially made of hemp and whose engine could be powered with hemp fuel. Some manufacturers claim that vehicles made out of hemp are lighter and as a result display greater fuel efficiency. In addition, agricultural fibers can be cheaper to produce than fiberglass. What is more, scientists are conducting research on how to derive biodegradable plastic products from hemp. Already, such research has borne fruit as auto companies introduce hemp into major manufacturing.

Perhaps most interestingly, hemp can also be made into most any building material including roofing, flooring, paint and even bricks. Hemp plaster is known for its high insulation qualities and can reduce the need for heating in winter and air conditioning in summer. Curiously, by simply adding water and lime to hemp one winds up with efficient and lightweight “hempcrete” which can help to construct houses. Experts say that hemp masonry exhibits exceptional fire resistant qualities and is easily recycled.

Advocates also believe that hemp can help to bring about a revolution in the textile industry. In the not-too-distant future, “eco-textiles” could become a popular buzzword as hemp replaces environmentally wasteful cotton production. Entrepreneurs say that hemp necessitates far less water to grow than cotton. Additionally, hemp rarely requires pesticides to grow and scientists are developing an innovative technique designed to turn tough hemp fiber into yarn. Early independent tests indicate that the process yields clothes which are durable and comparable to cotton in both softness and brightness.

Interestingly enough, by shifting to large-scale hemp production the U.S. might not only spur the growth of new industries but also help to clean up contaminated landfill. Recently, the Colorado State legislature passed a bill to study hemp’s potential to bring about so-called “phyto-remediation,” a process by which plants actually filter and clean polluted soil. If Colorado plants hemp on contaminated sites, the state would follow in the steps of Ukraine, which planted industrial hemp near Chernobyl in the late 1990s in an effort to remove harmful contaminants from the ill-fated nuclear site.

As if all these potential benefits were not enough, advocates hope that hemp could also be used to create a new bio-fuel. To be sure, the planet needs to shift away from fossil fuels which exacerbate climate change, though in practice some bio-fuels fail to measure up. As I argue in my last book, No Rain in the Amazon: How South America’s Climate Change Affects the Entire Planet , corn-based ethanol based in the American Midwest does not put much of a dent in our global warming problem. Though Brazil’s program of sugar cane ethanol is somewhat better than corn from an environmental standpoint, the crop still eats up land and leads to deforestation in sensitive bio-diverse areas such as the cerrado. Moreover, sugar cane requires fertilizer and deprives poor peasant farmers of land which could otherwise be used to grow food.

So, how does hemp stack up when compared to corn or sugar cane? Writing in Salon, Steven Wishnia remarks that hemp oil for bio-fuel “is unlikely to be practical.” At 50 gallons per acre, he explains, “even if every acre of U.S. cropland were used for hemp, it would supply current U.S. demand for oil for less than three weeks.” Nevertheless, hemp biomass can be converted into many diverse fuels such as methane, methanol and gasoline. Moreover, planting hemp arguably represents a more efficient use of land and resources than corn or sugarcane. That is so because hemp can be used for fuel but also for food and its seeds contain roughly four times the cellulose biomass potential of corn. Best of all, hemp grows very fast and leaves the soil in good shape.

In addition to bio-fuel, could hemp also lead to other benefits — like helping restore the earth’s climate equilibrium? The short answer seems to be, yes. As hemp grows, it “sequesters” or captures carbon dioxide from the atmosphere. Hemp is able to sequester such large amounts of carbon because it grows very tall — between 9 and 12 feet to be exact — within a very short span of time. Furthermore, when hemp is manufactured into masonry this acts as a carbon sink: the carbon is literally locked into the building material.

With so many benefits, hemp advocates believe that the plant may represent a silver bullet when it comes to solving the earth’s many environmental problems. Take for example widespread deforestation which has exacerbated climate change. Though deforestation is linked to many diverse and complex causes, the timber industry has no doubt played a nefarious role. Hemp and marijuana boosters — which often overlap — claim that hemp might offer a way out of our deforestation dilemma. Hemp has a higher cellulose level than wood, advocates argue, and therefore the plant could be used for paper to avoid cutting down trees.

The Campaign to Regulate Marijuana Like Alcohol argues that hemp paper manufacturing may reduce wastewater contamination and the plant’s low lignin content reduces the need for acids utilized in the process of pulping. Hemp can be used for every quality of paper, though it would most likely be mixed with recycled paper. Moreover, advocates say that high quality hemp paper can be recycled more times than wood-based paper. “Hemp produces more pulp per acre than timber on a sustainable basis,” the group states. Not everyone, however, agrees with such rosy prognostications. According to the Instituto Superior Técnico in Portugal, hemp is nowhere near as environmentally-friendly as eucalyptus and researchers say that hemp is an “annual” plant that needs to be grown from scratch year in and year out.

Whatever the case, hemp’s overall environmental potential should not be underestimated. In an era of ever worsening global warming and job scarcity, this unlikely plant may represent an ecological and social boon to wider society. If the Obama administration is serious about job creation and the next wave of green employment, it would do well to investigate hemp more seriously. To be sure, the humble crop still carries a social stigma, though such outmoded attitudes seem to be changing. Indeed, if recent political and cultural change associated with marijuana legalization is any indication, hemp production may be coming to America sooner rather than later.

Nikolas Kozloff is the author of No Rain in the Amazon: How South America’s Climate Affects the Entire Planet. Follow Kozloff on Twitter here.