Mycorrhizal mycelium, a common fungi that helps plants uptake nutrients from soils, plays a fundamental role in carbon sequestration by boreal forests, reports a study published in this week’s issue of the journal Science.

Using carbon isotope measurements in boreal forests on islands in northern Sweden, researchers led by Karina Clemmensen of the Swedish University of Agricultural Sciences found that up to 70 percent of the islands’ stored carbon derives from “roots and root-associated microorganisms”. Additional analysis concluded that “the carbon fluxes of these boreal forests are tied directly to shifts in mycorrhizal fungal communities”, according to a statement from Science.

The results have important implications for modeling the impact of climate change on boreal forests, which presently cover about 11 percent of Earth’s land area and store 16 percent of global soil carbon. Shifts in mycorrhizal fungi — due to elevated concentrations of CO2, higher rates nitrogen enrichment, or increase incidence of fire — could greatly affect the ability of boreal forests to sequester carbon.

“Mycorrhizal fungi are a dominant component of the microbial community in soils. Changes in their abundance (and hence in their contribution to carbon sequestration) could therefore have global consequences,” write Kathleen K. Treseder and Sandra R. Holden in a follow up perspective in the same issue. “At least some of these fungi respond to elements of global change. For instance, ectomycorrhizal fungi tend to proliferate when exposed to elevated concentrations of atmospheric CO2 and decline after nitrogen enrichment (which is common in ecosystems surrounding urban and agricultural areas).” 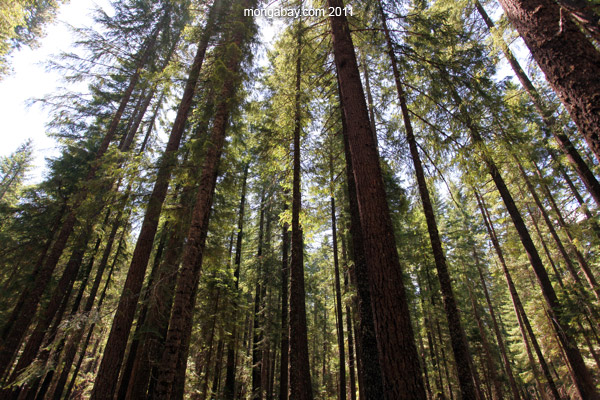 Wildfires could also have an impact.

In northern forests, wildfires may also alter
the ability of mycorrhizal fungi to sequester
carbon in soil on short and long time scales.
Wildfires decrease the abundance of ectomycorrhizal fungi, and reduced fungal abundance after wildfires can persist for several
years,” the perspective authors continue. “Given that climate warming is
likely to increase the occurrence of wildfires
in northern forests, mycorrhizal contributions to soil carbon sequestration may
decline in these regions.