Indonesian lawmakers criticized the World Wide Fund for Nature (WWF) for its inability to stop deforestation in Sumatra, accusing the group of trying to destroy Indonesia’s reputation abroad and hurting the country’s economy.

“Foreign NGOs like the WWF are like thieves visiting our homes to steal our treasures without us realizing it,” said lawmaker Firman Subagyo, as quoted by the Jakarta Globe on March 17. “The NGO’s arrogance has impacted our weakened industrial competitiveness overseas, which will [in the] end worsen Indonesia’s economy.” 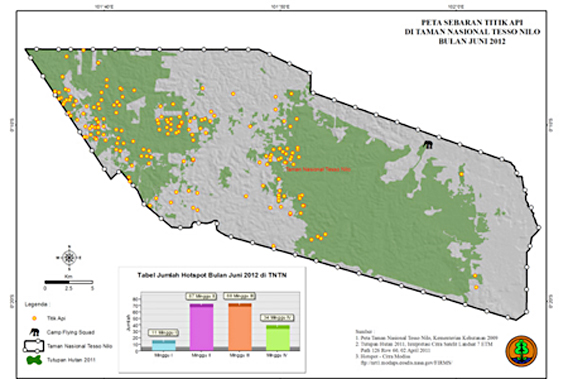 Firman was particularly critical of the WWF’s work in Tesso Nilo National Park in Indonesia’s Riau province, where massive deforestation continues to occur despite the organization’s attempts to prevent forest clearing in the park.

“It is time for Indonesia to stop compromising with the WWF because it has failed to do anything,” Firman said. “They can only speak out and do black campaigns [against Indonesia] from abroad.”

WWF Indonesia’s communication and campaign manager Desmarita Murni said she found the accusations odd as the authority to manage Tesso Nilo National Park rested with the Ministry of Forestry, not a foreign organization. And WWF Indonesia, she said in an email to Mongabay-Indonesia, is not a foreign NGO as Firman claimed, since the organization has legal status in the country as a foundation.

Encroachment and deforestation, however, do pose a serious threat to Tesso Nilo forests, which are home to a number of endangered species including the Sumatran elephant (Elephas maximus sumatranus) and the Sumatran tiger (Panthera tigris sumatrae). Around 2,279 families are estimated to have settled inside the national park, according to a study by the Tesso Nilo National Park Agency and WWF Riau. Many of the settlers are migrants from other provinces, with 95 percent coming from outside the area. In 2009, 14 encroachment sites covered over 28,000 hectares, or nearly 35 percent of the 83,068-hectare park, though that area has grown to over 35,000 hectares today, as settlers continue to clear forests for palm oil and rubber plantations. 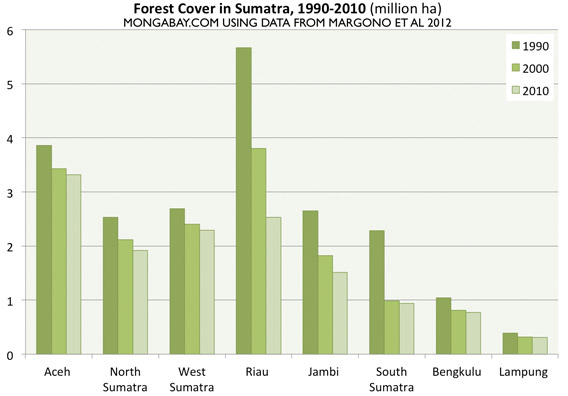 Tesso Nilo National Park was designated as a protected area in 2004, when the government set aside 38,576 hectares for conservation, later expanding the park by another 44,492 hectares in 2009. However according to the Kupin Simbolon, the head of the Tesso Nilo National Park Agency, encroachment has been a problem since 1992, when the area was still designated as a production forest concession (HPH) area. “Now the encroachers are in the thousands,” Kupin said.

In addition to an insufficient response from the government to tackle the problem, WWF data showed that the lack of protection against encroachment by former permit holders before the area became a national park adds to the problem of rapid deforestation in Tesso Nilo. Corruption among local government officials and traditional leaders also contributes to deforestation and encroachment in the park.