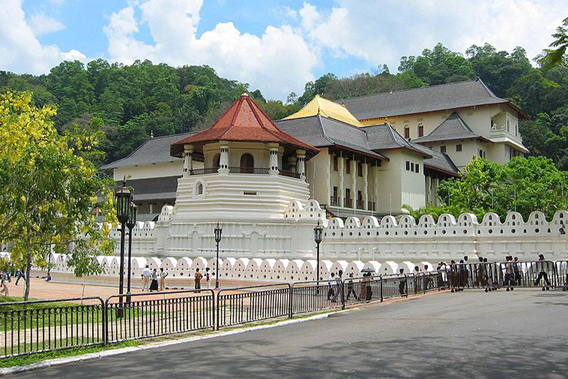 The Sri Lankan government is planning to give 359 elephant tusks to a Buddhist temple, a move that critics say is flouting the Convention on International Trade in Endangered Species (CITES). The illegal tusks were seized in Sri Lanka last May en route to Dubai from Kenya; they are believed to stem from hundreds of butchered elephants, including juveniles, inside Africa, possibly Uganda. The decision comes after a high-profile National Geographic article, Ivory Worship, outlined how demand for ivory religious handicrafts, particularly by Catholics and Buddhists, is worsening the current poaching crisis. In 2011, it was estimated that 25,000 elephants were illegally slaughtered for their tusks.

“I don’t believe that Sri Lankan’s who revere elephants would ever condone the brutal killing of elephants for ivory, the general public are unaware of the nature in which this ivory was obtained,” Manori Gunawardena, an elephant researcher in Sri Lanka told mongabay.com.

Critics say that releasing the ivory to a third party, in this case the Sri Dalada Maligawa Buddhist Temple, violates CITES. In addition, Kenya has demanded that the illegal tusks be returned to them.

“We want the ivory back to undertake DNA profiling to establish its exact origin; to use as exhibit in case of any arrest. The Sri Lanka Government should follow the rules of CITES convention as a party to CITES,” Patrick Omondi, the Senior Assistant Director with the Kenyan Wildlife Service (KWS), told mongabay.com. Sri Lanka has been a signatory of CITES since 1979.

Conservationists fear that if the tusks are given to the temple, they could eventually re-enter the black market, driving further demand for a trade that is decimating the world’s largest land animal. In fact, Pubudu Weeraratne, head of the Species Conservation Centre recently told the Sunday Leader that he believed the illegal tusks would eventually be sold back to the “legal owner,” meaning the smugglers who were moving the ivory to begin with.

“The lengths of these tusks are from 1 ½ feet to 8 feet which clearly shows that the poachers have massacred even the baby elephants,” Weeraratne said. “They may have killed a herd of 170 to 200 elephants to obtain these tusks. By gifting this blood ivory to Dalada Maligawa our rulers are trying to bring discredit to this sacred temple.”

According to the National Geographic expose, Buddhist and Catholic ivory handicrafts are partly fueling the rising demand for ivory. In response, the Vatican recently condemned elephant poaching as against Catholic values.

“We are absolutely convinced that the massacre of elephants is a very serious matter, against which it is right that everyone who can do something should be committed,” reads a letter by Father Federico Lombardi, the director of the Holy See Press Office in the Vatican. The Vatican has committed to a number of actions to help spread awareness about elephant poaching and ivory.

Manori Gunawardena says that the Sri Lankan government should destroy the tusks, not give them to a temple.

“As a country we should destroy the stock with permission from the relevant country of origin which in this case is Kenya. This is an opportunity for Sri Lanka to make a stand against the ivory trade and publicly destroy the stock.”

The first of Buddhism’s five precepts concerns abstaining from the taking of sentient life, which applies to all animals, including elephants. Buddhists also practice ahimsa, which means to do no harm to any living creature. The Buddha, himself, often used the elephant as a positive symbol in his teachings.