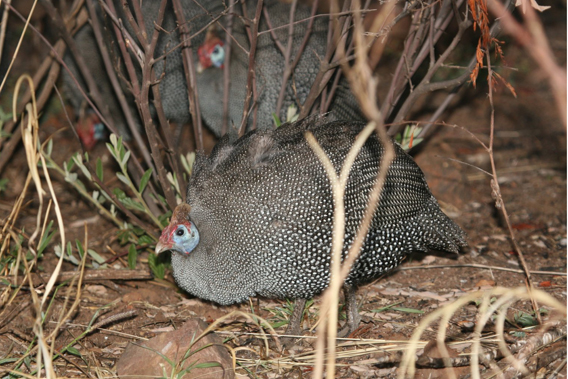 “It took me only three hours of literature search and quick scan of the abstracts of some 60 papers in the Web of Science to see that guineafowl hardly ate any ticks in their environment and in fact carried many more,” Çağan Şekercioğlu, assistant professor of biology at the University of Utah, told mongabay.com.

In his new paper, the third-most downloaded in the journal Trends in Parasitology, Şekercioğlu explains that the idea guineafowl eat Hyolomma marginatum ticks and control the disease is based on evidence from a 1992 study suggesting that birds could control ticks that carry Lyme disease in the United States.

Crimean-Congo hemorrhagic fever is a tick-borne virus, which according to statistics compiled by Turkey’s government has infected 6,392 people and killed 322 between 2002 and May 2012. With cases of the disease dropping in 2011, some officials proclaimed the guineafowl program a success. However, wild ground-feeding birds serve as hosts for Hyalomma marginatum ticks, the most efficient and common vectors of Crimean-Congo hemorrhagic fever, magnify the virus, and help to transmit the disease.

“They should stop these introductions immediately because there is a risk they may be doing the opposite of what they intended,” warned Şekercioğlu in a recent press release. “They want to stop this disease, but they may be helping spread it.”

For example, of the 39 bird species examined for ticks in South Africa, guineafowl were the most infested with Hyalomma marginatum ticks infesting 70 percent of the birds examined.

“I had warned the government three times since May 2011 not to introduce these animals, but I was ignored… my opinion was never sought before the releases began. My understanding is that a government employee saw a web site talking about how guineafowl are good at eating ticks”, said Şekercioğlu. A conservationist and ecologist actively working in Turkey with local NGO KuzeyDoga, Şekercioğlu’s wildlife research has received government support.

Not only are guineafowl unlikely to reduce disease-carrying ticks significantly in rural Turkey, but also introducing an exotic species without detailed studies often has negative ecological consequences, said Şekercioğlu in his forthcoming paper. For example, cane toads were introduced to Australia to eat French’s cane beetle and the Greyback cane beetle. Larvae of these beetles eat the roots of sugar cane, killing or stunting plant growth. In 1935 the Australian Bureau of Sugar Experimental Stations imported about 100 toads from Hawaii to the Meringa Experimental Station near Cairns. Females lay 8,000 to 35,000 eggs at a time and may produce two clutches a year. Needless to say the toads bred quickly and more than 3,000 roamed sugar cane plantations of north Queensland within the year. Cane toads now number well into the millions, and are still expanding over thousands of square miles in northeastern Australia.

In Australia again, the introduction European rabbit (Oryctolagus cuniculus) has created an outright pest. In its native habitat, populations are kept in check by natural predators, but in Australia the rabbit lives virtually unchecked, decimates plants, affects soil composition, and changes entire ecosystems. It competes for food and shelter with native animals such as the wombat (Vombatus ursinus), the bilby (Macrotis lagotis), the burrowing bettong (Bettongia lesueur) and the bandicoot (Isoodon sp.), and has contributed to the decline of these species accordingly.

Some 300,000 birds, mostly native chukars (Alectoris chukar) and gray partridges (Perdix perdix canescens) (a declining species in the country) have been released for a decade in Turkey, potentially to eat ticks. In 2011 the government started raising thousands of guineafowl for the same purpose.

“Introducing an exotic species from Africa while there are perfectly good native candidates are available, is irresponsible,” said Şekercioğlu, aware of these past lessons.

He wanted Turkey’s government to stop introducing guineafowl and to conduct detailed, replicated and controlled experiments in a range of habitats to see if the birds, as promised, do play a significant role in controlling ticks.

“My article was widely covered by Turkey’s media, but government made no statements. Nor anybody mentioned a study in Turkey so I am confident that no such study has concluded, even if it has begun,” concluded Şekercioğlu. 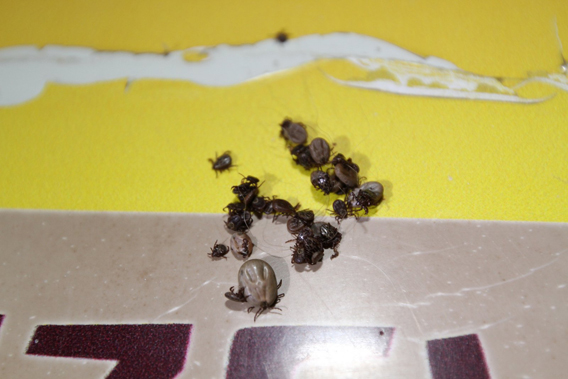 (03/19/2012) Scientists have called for the removal of eight invasive primates from Brazil’s imperiled Atlantic Forest in a new study published in mongabay.com’s open access journal Tropical Conservation Society. The researchers fear that the eight alien monkeys could hurt other species due to increased competition, predation, and possible disease.