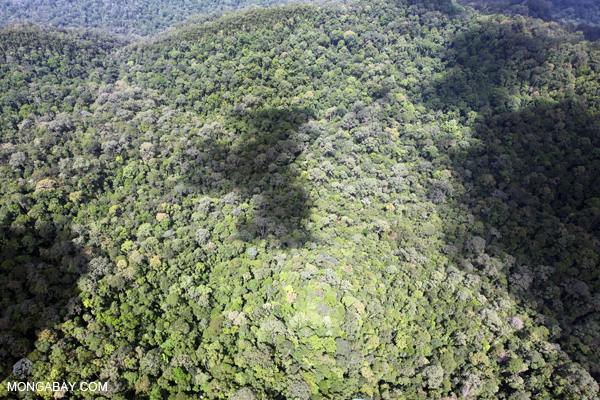 The creation of a new province, North Kalimantan, on Indonesian Borneo, has dramatically reduced the primary forest area in Indonesia’s East Kalimantan province.

The new province, located along the border of Malaysia’s Sarawak, includes the densely-forested Malinau district. With the loss of Malinau and other forested areas, East Kalimantan’s intact primary forest area has dropped to just 15 percent of the total area of the province.

“Before East Kalimantan and North Kalimantan were split, the forest area that was still functioning well was around 35 percent of the total area [of the province],” said Dr. Petrus Gunarso, country program director for Tropenbos International in Indonesia.

Petrus also explained that while 75 percent of East Kalimantan has been classified as “forest area,” much of this is no longer actual forest. Unsustainable forest management and land clearing for mining, palm oil plantations and infrastructure have been the main causes of deforestation in the province, he said. 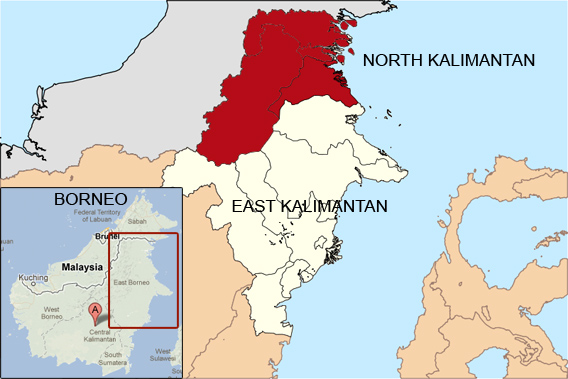 The new province of North Kalimantan was carved out of East Kalimantan last year. Click to enlarge

Forming the new province may have also put primary forests in North Kalimantan at increased risk for deforestation. A large part of East Kalimantan’s wealth comes from extractives industries in the southern part of the province. North Kalimantan will now be cut off from receiving dividends from those projects, and this loss could lead to a wave of new mining, logging, and plantation permits as local officials search for new funds.

Elections may also put the new province’s forests at risk, as politicians seek money from companies to support their campaigns. A 2011 study, published by researchers at the London School of Economics (LSE), the Massachusetts Institute of Technology (MIT), and South Dakota State University (SDSU), found that from 1998 to 2009, illegal logging increased in Indonesia during the run-up to local elections, then decreased shortly after, replaced by a spike in legal logging concessions.

This cycle may be the result of politicians paying back favors by granting legal logging concessions to those who sponsored their campaigns. Researchers also found a link between the increase in the number of provinces and districts from 1998 to 2009 to a rise in deforestation during the period.

Will designation of new administrative districts lead to more deforestation in Indonesia?

(10/24/2012) On Monday Indonesia’s House of Representatives moved to establish ‘North Kalimantan’, a new province in Indonesian Borneo. It also voted for four new districts: Pangandaran in West Java, South Coast in Lampung, and South Manokwari and Arfak Mountains in West Papua. While the moves aim to improve governance by boosting local autonomy, they could make it more difficult for Indonesia to meet its deforestation reduction goals if recent trends — detailed in a 2011 academic paper — hold true.

(04/14/2011) Increased fragmentation of political jurisdictions and the election cycle contribute to Indonesia’s high deforestation rate according to analysis published by researchers at the London School of Economics (LSE), the Massachusetts Institute of Technology (MIT), and South Dakota State University (SDSU). The research confirms the observation that Indonesian politicians in forest-rich districts seem repay their election debts by granting forest concessions.