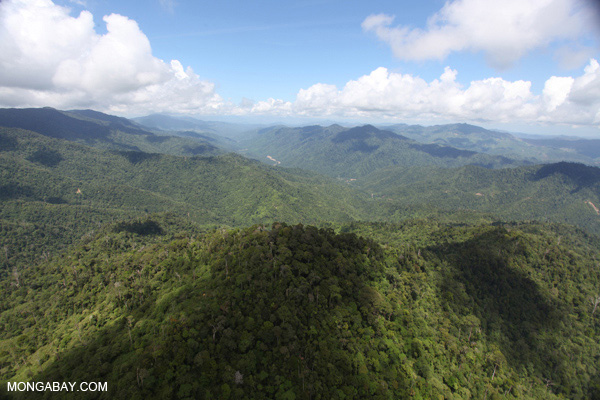 Rainforest in Sabah, Malaysia on the island of Borneo. Photo by: Rhett A. Butler.

A new video highlights the work and drive of renewable energy proponents at the inaugural meeting of Southeast Asia Renewable Energy People’s Assembly (SEAREPA) in the Malaysian state of Sabah. Held last year, the meeting brought together 80 organizations from 12 countries to discuss the potential and challenges of green energy in the region. The idea of SEAREPA came about after activists in Sabah successfully defeated plans for a coal-fired power plant to be built adjacent to old-growth rainforest and one of the world’s most biodiverse coral reefs.

“SEAREPA possesses all the qualities that can allow it to evolve into a very useful space for renewable energy practitioners. With wide representation across communities, private and public sectors across 11 countries, SEAREPA has the ability to support advocacy initiatives, making the peoples’ voices heard by governments and intergovernmental organizations like ASEAN,” explains coordinator Gabriel S. Wynn. What makes SEAREPA unique is its focus on smallscale, local renewable energy as well as being an open platform for activists, scientists, government officials, and business people to discuss energy in the region.

“Renewable energy forums exist, but they are typically focused on the production, distribution and transmission of energy. These forums tend to overlook a lot of the actual needs of end users, and those that energy projects eventually impact,” explains Wyn. “Energy affects everyone, and everyone can and should have the ability to affect the way that energy is developed and managed.”

The meeting ended with 12 initiatives and plans to meet again this year.

(11/04/2012) The first ever meeting of the Southeast Asia Renewable Energy People’s Assembly (SEAREPA) ended with agreement on 12 future projects, including developing community micro-hydro power and pushing for new policies on decentralized renewable energy in the region. Held in Malaysian state of Sabah on the island, the meeting brought together 130 people from some 80 different groups.