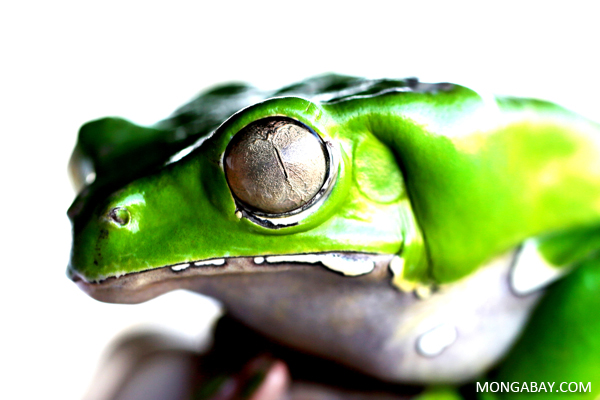 The giant monkey frog is among the herp species found in Guyana.

Fifteen percent of Guyana’s 324 known species of reptiles and amphibians are found nowhere else in the world, reports a comprehensive new assessment published in the journal Proceedings of the Biological Society of Washington.

The study, conducted by American and Canadian herpetologists, documents 137 species of frogs and toads, 11 worm-like caecilians, 4 crocodilians, 4 amphisbaenians or worm-lizards, 56 lizards, 97 snakes, and 15 turtles in Guyana, a small country in northwestern South America. 27 percent of amphibian species are endemic to Guyana.

The paper estimates that perhaps two dozen species of herps in Guyana remain undescribed by scientists. Of the reptiles and amphibians that have been described, many remain poorly known.