Throwing our food away: Up to 50% of the food produced worldwide is wasted A new report titled “Global food, waste not, want not” published by the Institute of Mechanical Engineers has found that 30 to 50 percent of all food produced in the world never reaches a stomach.

The authors of the study warn that these figures are quite conservative. The large amounts of land, energy, fertilizers and water that are wasted in the food production have not been accounted for.

In developing countries this waste is mostly due to inefficient harvesting methods, poor storage and transportation systems and an overall inadequate infrastructure which causes almost half of the food to be wasted before it even reaches the consumer.

In Europe and the US the waste is caused mainly by consumer and retail behavior. Excessive marketing and discounting promotes consumers to buy more than what they really need, and not value food. We throw away 30-50 percent of the food we buy before we even try it.

Also, major supermarkets in meeting consumer high expectations, will often reject entire crops of perfectly edible fruit and vegetables because they do not meet marketing standards such as size and appearance. Strict standards that force grocery stores to throw away foods that are “expired” but mostly in good condition are also to blame.

Over 1 billion people in the world go hungry every year, and this number is just going to increase. World population is expected to reach close to 10 billion people by 2075.

The IME states that although increasing yields in hungry countries is an appropriate response to an emerging food crisis, to ensure we can sustainably feed the extra 3 billion people that are coming, we must reduce our massive food waste. “We have the potential to provide 60-100% more food by eliminating losses and waste while at the same time freeing up land, energy and water resources”. 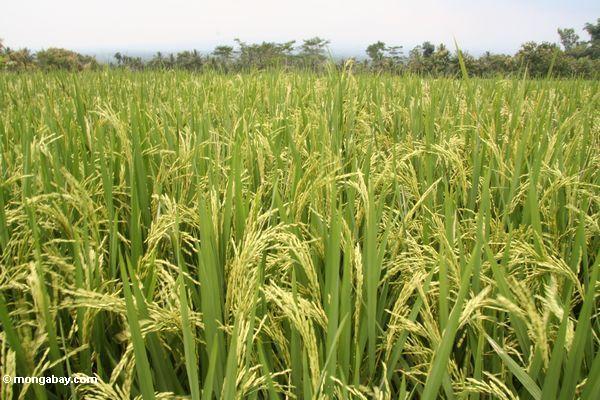 The amount of water wasted is also troubling. More than 500 billion cubic meters of water are wasted globally in growing crops that never reach the consumer. Meat demand is increasing world wide, which adds even more pressure. It takes 20 to 50 times more water to produce 1 kilogram of meat than 1kg of vegetables. The demand for water in food production could reach 13 trillion cubic meters a year by 2050, which could lead to dangerous water shortages around the world.

In order to help solve this food waste crisis, the IME recommends the UN to aid developing countries in improving their harvesting and storage technologies, governments of rapidly developing countries to incorporate waste minimization into the transport infrastructure and storage facilities, and governments in developed nations to revise and implement policy that changes consumer expectations. These should discourage retailers from wasteful practices that lead to the rejection of food on the basis of cosmetic characteristics, and losses in the home due to excessive purchasing by consumers.