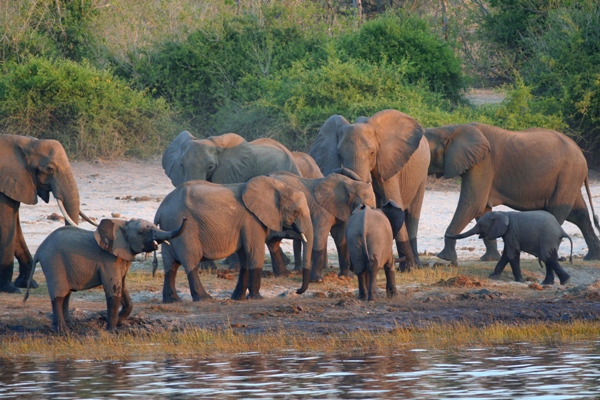 African savannah elephants on the Chobe River in Botswana. From 2014 on, hunting will no longer be allowed in Botswana’s public lands. Photo by: Tiffany Roufs.

Three developing countries have recently toughened hunting regulations believing the changes will better protect vanishing species. Botswana has announced it will ban trophy hunting on public lands beginning in 2014, while Zambia has recently banned any hunting of leopards or lions, both of which are disappearing across Africa. However, the most stringent ban comes from another continent: Costa Rica—often considered one of the “greenest” countries on Earth—has recently passed a law that bans all sport hunting and trapping both inside and outside protected areas. The controversial new law is considered the toughest in the Western Hemisphere.

“The shooting of wild game purely for sport and trophies is no longer compatible with our commitment to preserve local fauna as a national treasure, which should be treated as such,” Botswana’s President, Ian Khama, said in last year’s state of the nation address.

Botswana’s ban will go into effect in 2014 for the country’s vast public lands. Although notable, this is not the first time an African nation has banned trophy hunting: Kenya has not allowed hunting since 1977. After 2014 wildlife will only be allowed to be hunted in Botswana if they are considered “problem animals,” however, the ban will not affect the country’s few private reserves.

Although Botswana contains more elephants than any other country on Earth (over 100,000 individuals), poaching, trophy hunting, and other pressures have hit some of Botswana’s wilderness areas hard.

Also in southern Africa, Zambia has recently passed a law that will ban any hunting of lions and leopards.

“Tourists come to Zambia to see the lion and if we lose the lion we will be killing our tourism industry,” Zambia’s tourism minister Sylvia Masebo told Reuters.

A recent study has found that lion populations across Africa have plunged by 68 percent in just 50 years. Lion experts say trophy hunting for the top predators can have a huge impact on lion prides. By targeting adult males (for their manes) trophy hunters can unhinge an entire pride, leading to a new male taking over and killing all of the cubs. Lions (Panthera leo) are currently listed as Vulnerable on the IUCN Red List, while leopards (Panthera pardus) are considered Near Threatened.

Hunters have long argued that trophy hunting aids conservation efforts, for example they say that revenues brought in from commercial hunting far outweighs any loss in species. In addition, there’s little question that historically hunting has contributed to additional lands being set aside. But given staggering declines in big mammals across Africa—a recent study found that big mammal populations have fallen by over half in just 40 years—it appears a number of nations have come to believe that banning commercial hunting is one straight-forward way to stem the loss.

But, the biggest new hunting ban comes not from Africa, but Central America. Late last year, Costa Rica’s legislature unanimously passed a new law banning all hunting and trapping across the entire country. The proposed law was brought to the legislature after it was signed by 177,000 Costa Ricans. Those caught hunting will face fines up to $3,000 or four months in prison. However, subsistence hunting by indigenous people will still be allowed, as will hunting to cull animals that are considered overpopulated.

Costa Rica has set aside one quarter of its land for protection, while tourism represents 5 percent of its GDP. 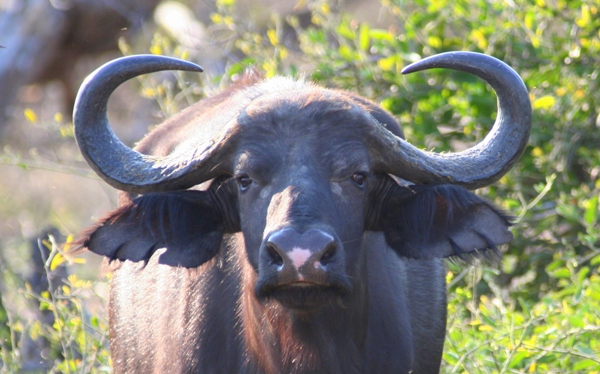 From catastrophic to the sustainable: the flight of the Amur Falcon

(12/17/2012) It is said that the price of ‘freedom and justice’ is constant vigilance. It seems the same
can be said of conservation and sustainability in our ever changing world. In a story
and allegory appropriate for many of the challenges that face our global environment,
two Indian conservation champions, Shashank Dalvi and Ramki Sreenivasan (both
protégés and associates of famed conservation leader, Dr Ullas Karanth of the WCS
India), have stepped to work with a host of international and local interests to help save
one species of beleaguered bird, the Amur Falcon of Eurasia.

(11/14/2012) The hugely controversial wolf hunt in the U.S. has spread from the western U.S. (Montana, Idaho, and Wyoming) to the Midwest (Minnesota and Wisconsin) this year. Although the wolf hunt is less than a month old in the region—and only eleven days old in Minnesota—196 animals so far have been shot. As in the west, the wolf hunt has raised hackles among environmentalists along with fierce defenders among hunters. Wolves, which were protected under the the Endangered Species Act (ESA) since 1973, were stripped of that status by legislation in 2009, opening the door—should a state choose—to trophy hunting.