Telling the story of the father of sea turtle conservation 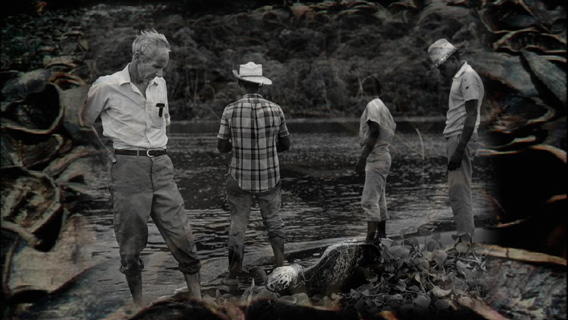 In 1959, visionary Archer Carr founded the world’s first conservation group devoted solely to sea turtles. Working with these marine denizens in Costa Rica, Carr was not only instrumental in changing local views of the turtles—which at the time were being hunted and eaten at unsustainable rates—but also in establishing basic practices for sea turtle conservation today. Now a new film by Two-Head Video, Inc. tells the story of Carr’s work and the perils still facing marine turtles today.

The film Tortuguero: Epicenter of Sea Turtle Conservation is not only the story of marine turtles, but also of Costa Rica’s rise as one of the world’s “greenest” nations, focusing on protecting nature rather than exploiting it. In fact, Tortuguero National Park, which Carr was instrumental in founding, was the nation’s first national park.

Tortuguero: Epicenter of Sea Turtle Conservation is airing Thursday, January 31st at the 3rd Annual New York Wildlife Conservation Film Festival. Ahead of this showing, producer D.J. answered some questions from mongabay.com about the film and his career. Head, and his wife, MaryBeth, have spent 30 years making environmental, medical, and non-profit films.

AN INTERVIEW WITH D.J. HEAD 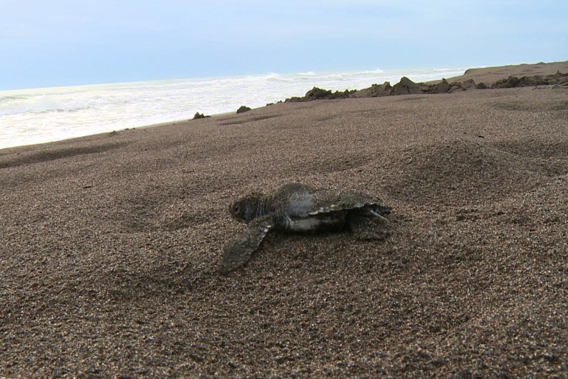 D.J. Head: My hometown is Miami Florida and my father and grandfather shot a lot of 8mm film growing up, which I thought was really cool as a kid and I would film a lot of footage whenever I could scrape up some money.

Growing up in Miami, I was best friends with the son of CNN’s Larry King and through that relationship, was exposed to a lot of television, stage and film production in the 60s and 70s in South Florida.

I studied music/vocal performance and religion/philosophy in college/grad school and decided to start my production company in 1981 because of the availability of video/film equipment and public access programming opportunities here in Gainesville, Florida.

Shortly thereafter, I met my wife and production partner, MaryBeth, who had completed her communications degree from the University of Florida. She is the perfect compliment to my creative skill set and has been my muse for inspiration as well as bringing her savvy business sense to our work.

For 30 years we have honed our story telling skills and produced programs for corporate, commercial and documentary clients. Our focus is on medical, environmental and non-profit subjects.

We have found ourselves in the OR for surgeries, on mine sites in Chile, the beaches of Costa Rica, a kindergarten classroom, and parodying Michael Jackson’s Thriller for a corporate sales program to name just a few.

We love that the projects we do are so varied and we are continually learning about the world through our work.

Mongabay.com: Why did you choose sea turtles as the topic of your film?

D.J. Head: This is the second film we have produced for the Sea Turtle Conservancy, (formerly the Caribbean Conservation Corporation). The first film was successful in promoting their work with sea turtle conservation with an estimated 1 million viewers worldwide. When it was time to retire the previous program, they came to us to help them craft a new, more current message. We have always been supporters of their efforts and we welcomed the opportunity to help them further their cause. We also donated a portion of the production costs to make this project happen for this great non-profit organization.

D.J. Head:
This is the story of conservation biologist Archer Carr’s efforts to save the largest nesting beach for green turtles in the Western Hemisphere in Tortuguerro, Costa Rica. We learn how he helped influence the locals and Costa Rican government to focus on protection and ecotourism and his work established what is now the Sea Turtle Conservancy (STC).

The documentary shows how STC conducts annual sea turtle nest monitoring studies on the 21 mile black sand beach and through this five-decade-long conservation initiative, STC has reversed the decline of green turtles in the Caribbean. We discover how their commitment to research, education and advocacy for sea turtles springs from the ongoing work they perform in Tortuguerro and sets the standard for sea turtle conservation around the world.

D.J. Head: Going out on the beach from midnight to 4am in pitch dark to document the research scientists and assistants as they worked with the nesting turtles was challenging. Government law prevents anyone from shining white light on the beach so we shot high definition under long wavelength red light to capture the nesting process. Being that close to these ancestors of the dinosaurs who have gone through this process since prehistoric times was pretty awe-inspiring.

Scientists accumulate data on this green turtle at night as she lays her eggs. Photo courtesy of Two Head Productions.

D.J. Head: I think the natural world lends itself to meditation and mindfulness. You become aware that you are a part of something bigger than yourself. What is in the natural world and the animals is in each of us—both physically and metaphysically. However, I don’t like ticks!

D.J. Head: We hope that through it’s exposure to those who come to Tortuguerro, it will encourage involvement, support and action to support the STC’s cause. We also hope people will think about other species that are in a similar plight and inspire change worldwide.

Mongabay.com: Are you planning to show it elsewhere?

D.J. Head: Yes. It will be used primarily at the Sea Turtle Conservancy’s Research and Education facility in Tortuguerro, Costa Rica, where they welcome hundreds of thousands of ecotourists each year.

It has and will continue to be shown at conventions and education workshops focused on sea turtle conservation, education and advocacy.

We have just completed a Spanish version of the film to expand it’s message to Latin American countries.

D.J. Head: We are in production for an educational program on sea turtle-friendly lighting for coastal communities in Florida and the Southeast.

Also in production is a series of programs for Meridian Behavioral Healthcare, whose main focus is to spread awareness, support and advocacy for those with mental illness and substance abuse disorders. We hope the programs will shed light on how these illnesses effect us all and help to remove the stigma of mental illness.

Two-Head is also working on a testimonial-based fundraising piece for the Cade Museum for Creativity and Innovation. Named after inventor Dr. Robert Cade, the inventor of Gatorade, the creation of this museum will help inspire inventors and entrepreneurs young and old to find solutions to world problems through creative thinking.

Tortuguero:Epicenter of Sea Turtle Conservation from TWO-HEAD VIDEO on Vimeo.